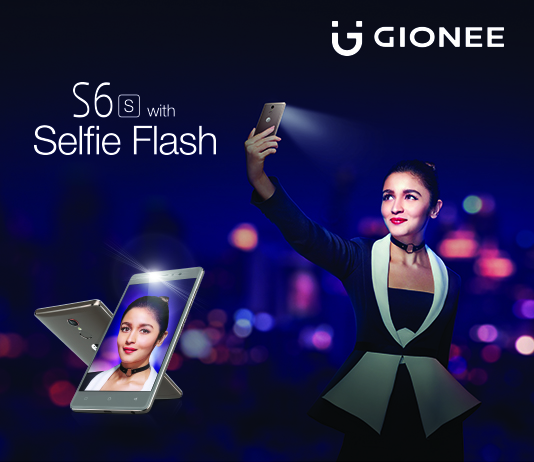 After recently bringing out the F103 Pro, Gionee has launched a new handset in its Selfie Master lineup – the Gionee S6s. The S6s boasts a 13MP SONY IMX258 rear Camera and an 8MP f 2.2 aperture front camera with LED front flash and screen flash that promises clear selfies even in low light.

S6s also features a fingerprint scanner which can also be used for clicking photographs. The dual SIM phone (hybrid dual SIM slot) has a 3150 mAh battery and runs on Gionee’s own Amigo 3.2 UI based on Android 6.0.1 Marshmallow. Amigo 3.2 has improvements on several fronts including Image + (Gionee’s camera software) which has time lapse, slow motion, text recognition and pic note functions.

The phone comes equipped with Gionee’s own video editor. It also allows split- window functionality so that 2 apps can run on the same screen. The phone is available in Mocha Gold and Latte Gold at a price tag of Rs. 25,999. Gionee expects the S6s to be well received in the Nepali market with around 3,000 sets sold every month.