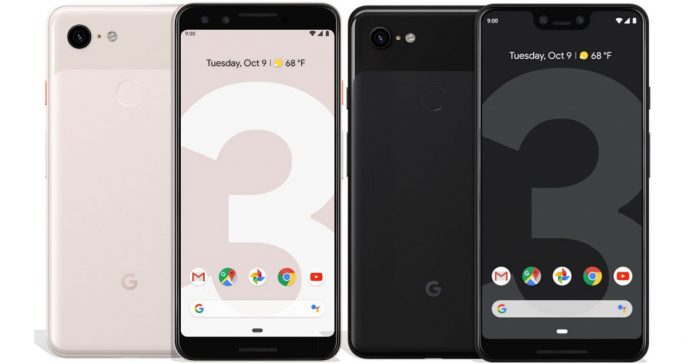 Prior to the official announcement, we had already seen numerous leaks and rumors regarding the Google Pixel 3 and 3XL. In the past couple of months, we also heard the news of Google Pixel 3/3XL being lost and found on various occasions. That’s not all, some bloggers made videos and published the Pixel 3/3XL reviews way ahead of time. So everyone already had a rough idea of almost all the hardware components on the phone. But when Google Tweeted a video called “So you think you know…” with all the clips of rumors, leaks, review regarding the Pixel 3 and 3XL, everyone was expecting a pleasant surprise in the event. But sadly, there were no big things on the phone, which we didn’t see in the earlier leaks and rumors. But if you were unaware of all that information, let me explain it to you all in detail.

In terms of design, the new pixel looks almost the same as last year’s. It comes with a two-toned design, however, this time the whole material used on its back is glass. And between the glass front and glass back, a metallic frame is sandwiched in between. The glass panels used on both sides is the Gorilla Glass 5 from Corning. The new Pixel devices feature a circular fingerprint sensor at the back and nothing much has changed in there.

The phone also has an IP68 certification to withstand the effects of dust and water, which is quite an upgrade since the Pixel 2/2XL had IP67 certification. Making use of the glass design, the handset also comes with wireless charging feature, which was previously absent.

The taller of the two or the XL variant of the phone comes with the 6.3-inch OLED display. The display on the phone features QHD+ (1440 x 2960 pixels) resolution in an 18.5:9 aspect ratio. With this resolution, the Google Pixel 3XL will boast a pixel density of 532PPI. So this newbie will be the sharpest Pixel device ever.  The phone also comes with a large notch (one of the largest notches in a smartphone) and a generous bezel on the chin, which makes it really unappealing.

That ugly notch has been completely eliminated on the Pixel 3. Pixel 3 enjoys a 5.5-inch display without a notch on its top. At its new size, the Pixel 3 boasts 10% bigger screen over its predecessor maintaining the same size. In terms of resolution, the smaller one comes with Full-HD+ (1080 x 2160 pixels) with which the users can enjoy the contents with the same amount of sharpness like on its predecessor.

Despite the differences in display size and the resolution, both the new pixel devices share the same features. The screen on both the devices support HDR, Always On, and color modes. There is Boost mode on the handset, with which one can opt for punchier colors (sRGB + 10%). There is also the Always On display feature, which used to be found mostly on the Samsung phones. With this feature turned on, the screen always shows the song that’s currently being played on the phone.

Since it is a flagship phone, one could have easily guessed that the phone possesses Snapdragon 845 chipset inside of it. And everyone has this correct. However, the chipset’s has been underclocked to make the device more power efficient. The big cores are downclocked to 2.5GHz and the little ones to 1.6GHz to save battery power. Despite the downclock, it does not impact the performance significantly. Talking more about the performance, there is no amp up in RAM and storage when compared to the last year’s Pixel devices. We can still see 4GB of RAM and 64GB and 128GB variants on the storage side. And there is no SD card slot for the memory expansion.

Camera has been the biggest thing on the Pixel devices since the beginning. Despite having a single camera on the back, last year’s pixel devices quite easily outperformed the popular smartphones with dual cameras. And this year too, Google seems to have similar thoughts in its mind. The new handsets come with 12.2MP optically stabilized image sensor with f/1.8 lens and 1.4µm pixel size, which has not changed from the past. So Google is depending entirely on the software and AI to get better pictures.

On the camera’s software side, the phone comes with HDR+ and Top Shot features. TOP Shot is an AI-based feature, which makes sure that everyone in the photo is in focus, smiling and has their eye open. This could surely be a handy feature since often images get ruined due to lack of focus and the people in the frame having their eyes closed. The phone selects the best picture from the several shots captured and makes things easy for the users. If one wishes to see all the captured images, they can easily be found in the Google Photos. There is also a Photobooth mode, which when turned on automatically captures images when the subject in the frame smiles or makes a goofy face.

Lossless zooming is one of the handy features in the smartphone cameras. Other smartphones use secondary telephoto lenses for that purpose. However, Google Pixel 3 and 3XL have just a single camera at the back. So lossless zooming is quite hard to obtain. To cope with that problem, the phone comes with a Super Res Zoom feature. This feature is basically another AI application, which tries to make up for the lack of telephoto lens by enhancing the details and quality of digital zoom.

Despite having an optically stabilized image sensor, it is hard to obtain smooth videos. For that very purpose, the phone comes with Fused Video Stabilization for stable and smooth videos while walking or jogging. It works for 4K videos at 30 fps but the best results are obtained when shooting at Full-HD and HD resolutions. But sadly, the phone still does not have 4k video recording option at 60fps.

With all the innovations and improvements in the smartphone cameras, low light images still tend to lose details and promoting a huge amount of noises and grains. So to improve the low light images, there will be a Night Sight feature, which is another AI-powered feature on the phone. However, this feature is not available at the moment and will be enabled on the phone after a software update.

On the front camera, we can see the big upgrade. Unlike the single camera on the back, we can see a pair of cameras on the front. Both the cameras feature an 8MP sensor. The camera setup on the phone features a normal lens and a wide-angle lens. The normal lens with f/1.8 aperture will have a 75-degree field of view. The field of view will be increased to 97-degree with the secondary lens (f/2.2) in action.

Both the new pixel devices come with the front firing stereo speakers. So the audio output from the phone will not only be loud, sharp, and clear but also will be safe from obstruction while playing games. The phone does produce some loud and crisp sound when the speaker in action, however, it lacks a 3.5mm headphone jack for a wired audio output. But no worries there since Google has included a pair of headphones in the retail box. And that’s not an ordinary one, the headphones included on the bundle is the Pixel USB-C earbuds, which has Google Assistant integration. With Google AI on the board, the new Pixel earbuds can handle voice commands, read out messages and can even do the real-time translations.

On the battery front, the Google Pixel 3XL comes with 3,430mAh battery, which is slightly smaller in capacity than its last year’s counterpart. The smaller one or the Pixel 3 features a 2,915mAh battery, which is a slight bump up in size when compared to the Pixel 2. But the biggest improvement here is on the charging side. The phones come with an 18W charger compared to a 10W charger in its previous generation. With a new fast charger in action, Google promises to provide a whopping 7 hours backup by plugging the device on charge just for 15 minutes.

And as mentioned earlier, these newbies also come with Wireless charging feature. But unlike the regular or the wired charging method, the charging speed is quite slower with the wireless charging. Namely known as the Pixel stand, the new wireless charger is rated 10 watts. This stand (wireless charger) allows the new pixel devices to work as a Google Home as a photo frame and even a sunrise alarm.

Talking about the availability, the new phones will be available in the US starting from October 19 and in Europe, it’s November 2. 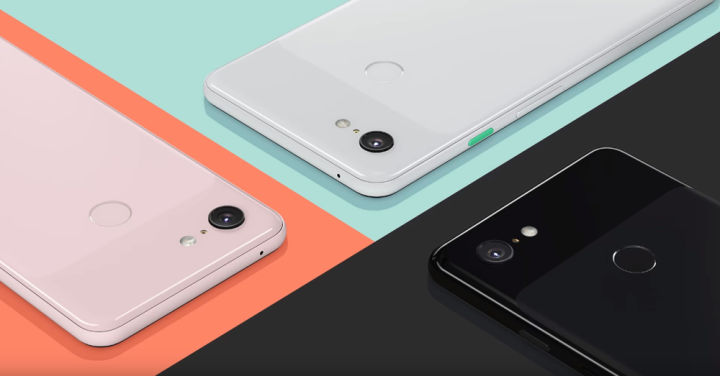