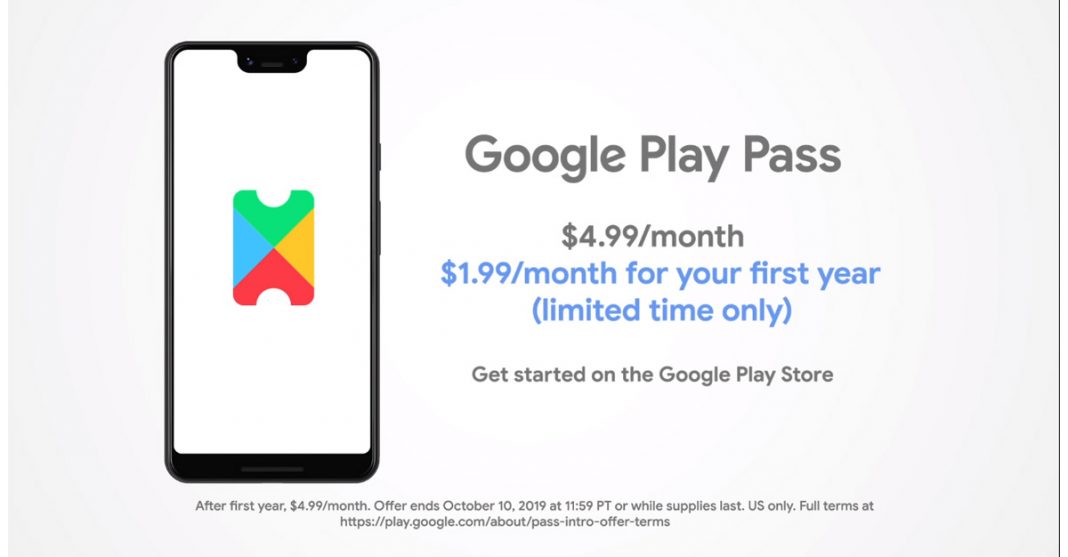 Yeah, well… We’re gonna build our own gaming subscription! With exclusives! And 10-day free trial! You know what – forget the exclusives!

Remember the feeling of owning a physical copy of something, be it games, movies, or anything else? The satisfaction of being in possession of digital content in its physical form is steadily fading away as big corporations are jumping the shark on the age-long tradition to subscription-based services. With Netflix absolutely revolutionalizing the way of content consumption, it’s no wonder companies are pouring down on following its business model for their offerings. And now, the trend has caught up with the Android gaming world with Google’s launch of “Google Play Pass”.

What is Google Play Pass?

Google Play Pass is Google’s answer to Apple Arcade, a similar subscription-based gaming platform exclusive to iOS devices. However, Play Pass can run on Android and Google’s in-house Linux kernel-based OS – Chrome OS. Launched on September 23, the service is currently available only in the US at an introductory price of $1.99 per month for the first year (if you sign up for the service before October 10) and a 10-day trial period. The regular cost for the service is $4.99 per month (though $3.99 would have been a great price *wink*). If you’re not in the US and would like to get hands-on it, the bad news is in order since the company hasn’t specified any information regarding the global launch.

Unlike Apple Arcade, Google Play Pass isn’t limited to games and also includes some productivity apps. The company says two-third of the apps in the collection are games and the remaining are non-game apps. The subscription offers no-ads and no in-app purchases to a collection of 350 games and apps picked by Google. If you were drooling over being able to buy virtually any game in the Play Store through the subscription, disappointments galore! It was too good to be true really. You can find all the games and apps in the bundle here, courtesy of Android Authority.

Take a gander at what the service looks like below:

While Apple has invested in the development of 100+ games exclusively for its platform, Google isn’t going down the same road so don’t expect any exclusive titles here. As of now, everything that’s available in the bundle is already available on the Play Store as a standalone purchase or free-to-use with in-app purchases. So if you were to sign-up for the service, you’d be rid of ads and in-app purchases for the apps you’ve already installed.

Like other subscription-based services, Play Pass can also be shared with others, up to 5 people while being integrated with Google’s Parental Control feature. As for the developers, the program at its current state is invite-only. However, interested app developers can fill-up the form here to be nominated into the program.

Who is it for?

If you’re someone who is constantly browsing through the Play Store for new and interesting apps and games, the Play Pass might be for you. For a nominal monthly fee, you’d get access to hundreds of apps and experience them ad-less and with no in-app purchases. However, if you’re one of those who rarely make any purchase on the Play Store, you’re better off without it. The good-old way of purchasing apps on the store is just fine.

A Reddit user by the name u/ComicNest has uploaded a video demonstrating how in-app purchases are handled through Play Pass. You can watch it right here.

Like it or not, subscriptions are here to stay. So what do you think of Google Play Pass? Comment down below.