Today Huawei announced the latest mid-range phone under its Honor series, Honor 7X. It is the first phone under Honor branding with elongated 18:9 display. Like the Honor 6X (GR5 2017), it holds a dual camera setup but in a horizontal alignment.

Honor 7X offers 5.93-inch Full HD display incorporating the new 18:9 aspect ratio standard. The display rests beneath a 2.5D glass sculpting a seamless look. Sides are almost bezel-less while the chin and top are minimal. It is 0.6mm thinner than its predecessor but carries a 165g weight. The device is powered by octa-core Kirin 659 chipset clocked at 2.3GHz. It comes coupled with 4GB of RAM. The device offers 32GB, 64GB, 128GB storage options with support for microSD card using hybrid SIM tray. It carries fingerprint sensor on the back but not placed too high like in the Note 8.

It runs on Android 7.0 Nougat despite being launched late at 2017. Huawei should be pushing the Oreo update but nothing official has been announced. Also, it offers micro USB port instead of USB C. For optics, on the back, it provides a dual camera in a pair of 16MP and 2MP sensor. Like in the Honor 6X, the setup is intended for portrait mode with bokeh effect. It also offers PDAF for faster focus. Up front, it offers 8MP selfie camera with flash. 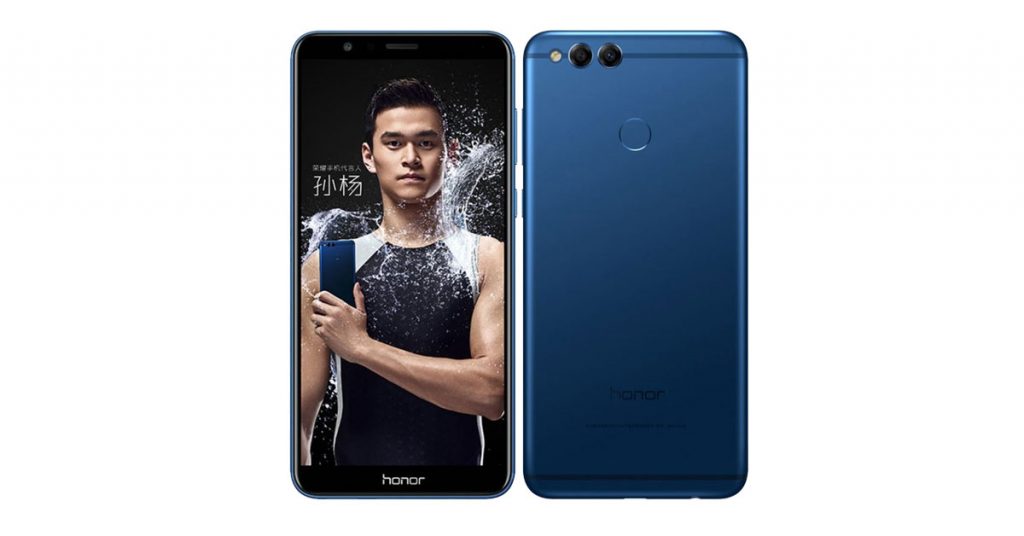 We can expect Honor 7X to be launched as Huawei GR5 2018. The expected price should be slightly higher than its international pricing. It should be available before the end of 2017.