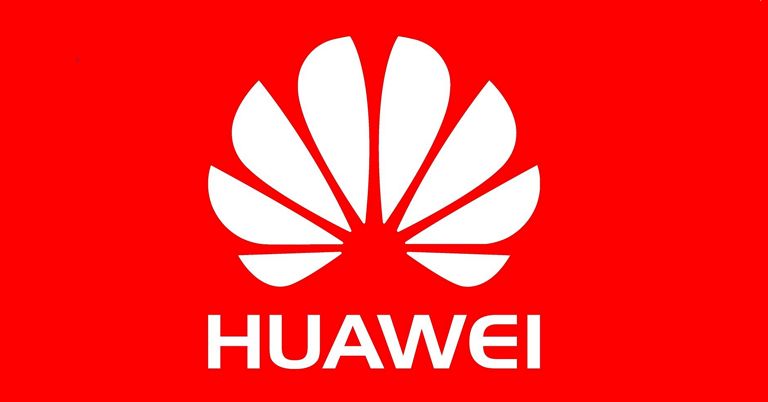 According to a report by Canalys, an independent analyst company, Huawei has the biggest smartphone shipments in Q2 of 2020. Read along to learn more about Huawei’s historical triumph over Samsung.

If you look at the recent figures that Huawei has been crunching in the global smartphone market, it’s hard to believe that the company is facing a tough time following its inclusion in the Entity list by the government. The company has lost quite a bit of its appeal outside of the Chinese market as it does not ship smartphones with Google services anymore. Despite the circumstances, Huawei managed to achieve its biggest revenue to date in 2019. 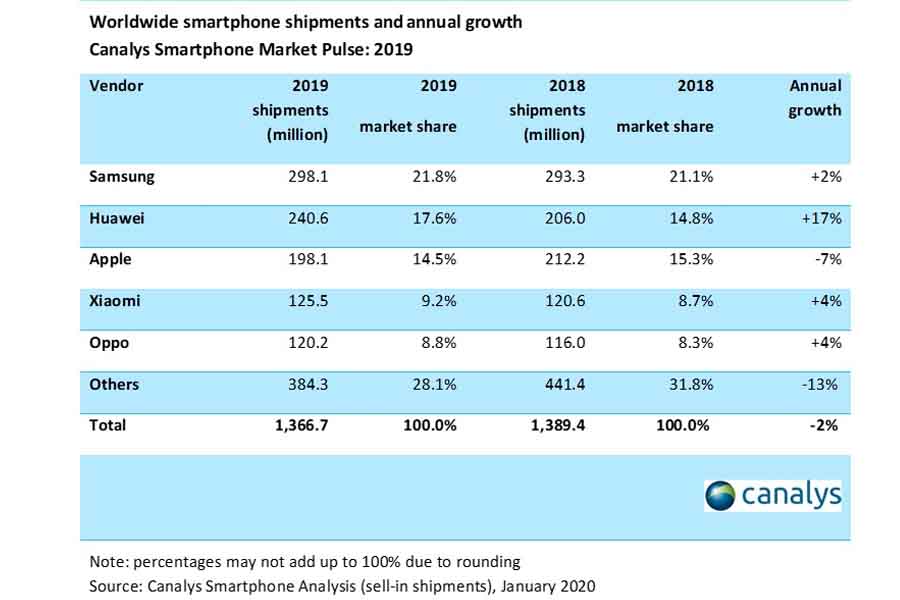 The domestic market proved pivotal in Huawei’s success as 60% of the 240 smartphones that the company shipped last year were sold in China. The company regained the number two spot with 17.6% of the overall market share. The 17% annual growth was the highest among the top 5 smartphone brands.

However, the ending of 2019 was not the best for Huawei. Not only did the company fail to maintain the high shipment in the Q4 of 2019, it even recorded a 7% yearly decline compared to the same period in 2018. Things weren’t looking great for the Chinese tech giant heading into the new year. Who would have thought Huawei would surprise everyone by leading the charts in the Q2 of 2020? 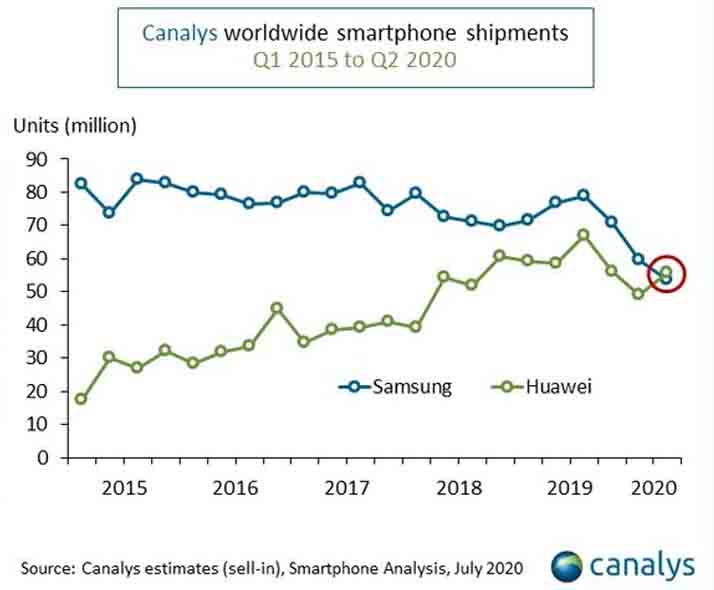 In the second quarter of 2020, Huawei managed to ship 55.8 million devices. This is 5% worse than the last year’s number. However, in the same period, Samsung only managed to ship 53.7 million devices, which is 30% short of Samsung’s Q2 shipment of last year. It is the first time in nearly a decade that a company other than Apple and Samsung has led the quarterly race.

Ben Stanton, the Senior Analyst at Canalys, acknowledges the fact that this was because of the situation caused by the pandemic. While the rest of the world is still struggling with the COVID-19 virus, China, which is Huawei’s biggest market, is already up and running. It’s important to note that Samsung only has a 1% market share in China and its major markets including India, the US, and Brazil are all affected by COVID-19.

Huawei needs to worry as the quarterly report also suggests that the company is losing its market outside of China. The company’s global shipment (outside of China) declined by 27% in the second quarter. Huawei now sells over 70% of its smartphone in China. It won’t be enough for the company in the long run, suggests another analyst, Mo Jio. 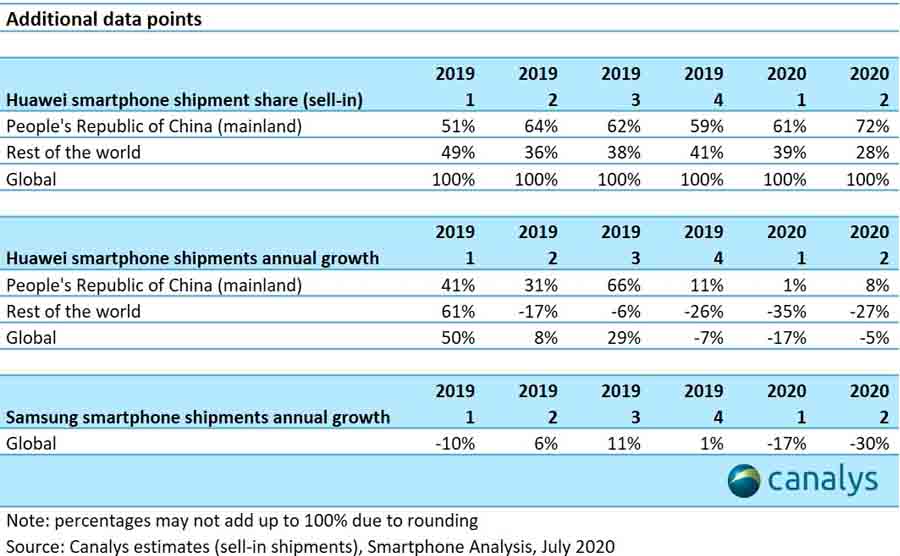 “It will be hard for Huawei to maintain its lead in the long term.”

Samsung has finally resumed releasing smartphones in South Asia. It will also unveil five more premium devices during the Unpacked event in August. According to Jio, Huawei’s partners in Europe are also losing faith in the company resulting in lower shipments. Thus, it’s unlikely that Huawei will stick to the number one spot after the global economy recovers.