In a segment where two tech giants are already competing for the top spot, a new entrant will always face an uphill task. Yes, I’m talking about the smart tablets. With some serious specs packed into them, the likes of iPad Pro and Samsung Galaxy Tab S6 are currently leading the market. And it is no joke to even think about competing with them.

However, Huawei is up to the challenge. And to do so it has launched the MatePad Pro. Obviously this device still does not have the Google Mobile Services suit. But other than that, the specs that it packs, certainly make the MatePad Pro a force to reckon with.

The Huawei MatePad Pro offers a 10.8-inch AMOLED panel. It has a screen resolution of 2560 x 1600 pixels and an aspect ratio of 16:10. Super-thin bezels of 4.9mm surround the screen and thus give the device a 90% screen to body ratio.

Another notable point about the screen is that it has a punch-hole display. Yup! You read that correctly. The punch-hole phenomena has finally made its way to the tablets. Up until now, such displays were limited to smartphones only. However, with the MatePad Pro, you now get that on tablets too. The punch-hole in this device houses an 8MP selfie shooter.

Though one might not use it most often, the MatePad Pro also provides a back camera. And it is a solid 13MP lens. 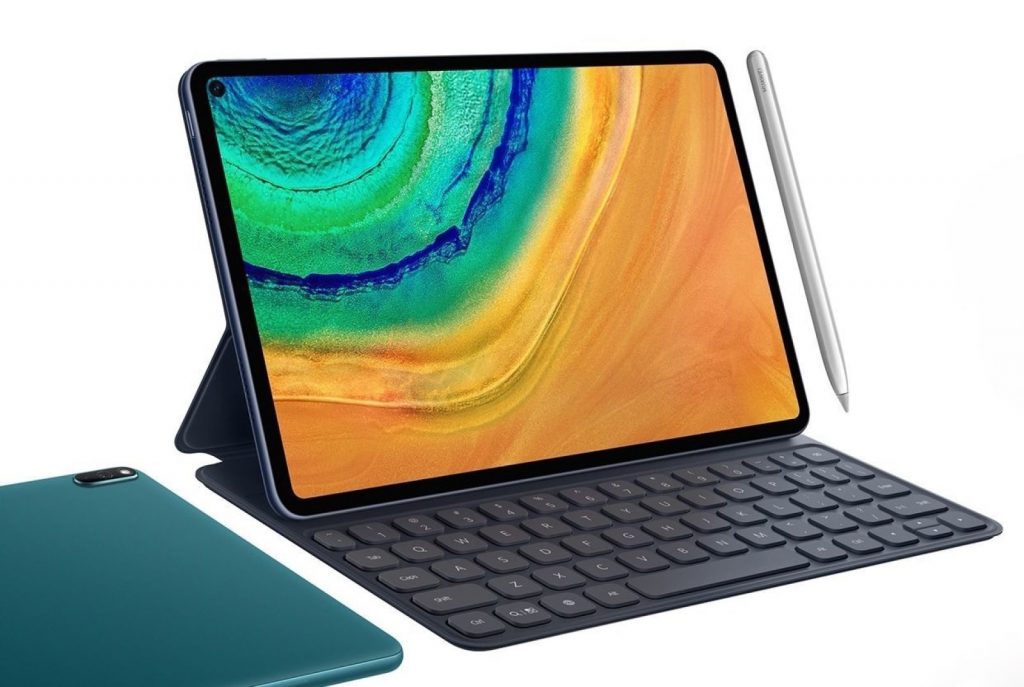 Similar to the likes of the iPad, the Huawei MatePad Pro can also be used as a laptop by connecting it with a keyboard. Its laptop mode provides an accustomed PC interface to users. Users also get an M-Pen stylus in order to interact with the device.

Moving on to the software side of things, it runs on Android 10 with EMUI 10 on top. And as mentioned above, it does not have the Google Mobile Services suite. Moreover, with the multi-screen collaboration mode on this one, users can, in fact, emulate their Huawei phone on its screen.

Under the hood, the MatePad Pro is powered by Kirin 990 chipset. Customers will have the option to choose either a 6GB RAM variant or an 8GB variant. Similarly, for storage too people can opt for either 128GB or 256GB.

Talking about the availability of this device, currently, it’s only been launched in China. People can get either a Wi-Fi only or the LTE version. The price for the base Wi-Fi trim variant (6/128GB) is $470.

The prices for the LTE versions are much higher. You can get the base version for $540 whereas the top-end one will cost $640. The official sale of the device will start on December 12. However, they are already available for pre-order. And at this point, Huawei is mum about whether the device will be available internationally or not. Still, it did mention that a 5G version of MatePad Pro will roll out soon.