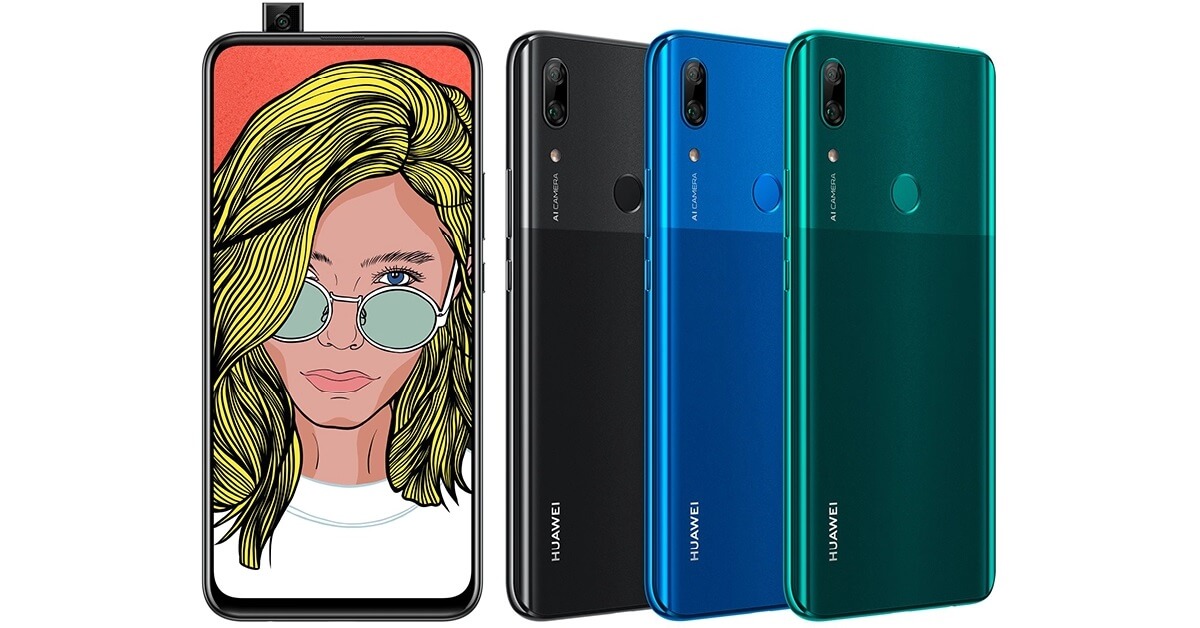 A while back, we heard the rumors about Huawei working on a midrange phone with a pop-up selfie camera. The rumors hinted the name of the device as Huawei Y9 Prime 2019. Although Huawei is yet to confirm the existence of the Y9 Prime 2019, the company seems to be rushing forward to launch another smartphone with the pop-up selfie camera. Huawei P Smart Z is the Huawei’s latest midrange phone, which recently appeared in Spain and Italy’s Amazon website.

On the design front, the P Smart Z comes with a dual-tone finish on the back, which gives the vibe of the Pixel devices. But unlike the pixel devices, it comes with a dual camera setup at the back. The primary 16MP shooter comes alongside a 2MP depth sensor for better portrait shots. But the biggest highlight on the device is its camera on the front. There is a 16MP selfie shooter on the front, which pops up in a motorized fashion. This motorized selfie shooter takes around 1 second to elevate fully from its resting position. The Pop-up camera is said to withstand a force of 12Kg and can last 100,000 cycles. It is quite low if compared with the Vivo V15 Pro. The Vivo V15 Pro is promised to last for 300,000 cycles of pop-ups. Both the front and back cameras on this device are AI-powered. With AI on the board, the camera can recognize over 500 scenes and can retouch the portrait shots.

And endorsing the elevating camera on the front, Huawei did away with the notches, which exists on most of their recent phones. Without the notch, the 6.59-inch display on the device looks immersive. The screen on the device is provided with Full-HD+ resolution. 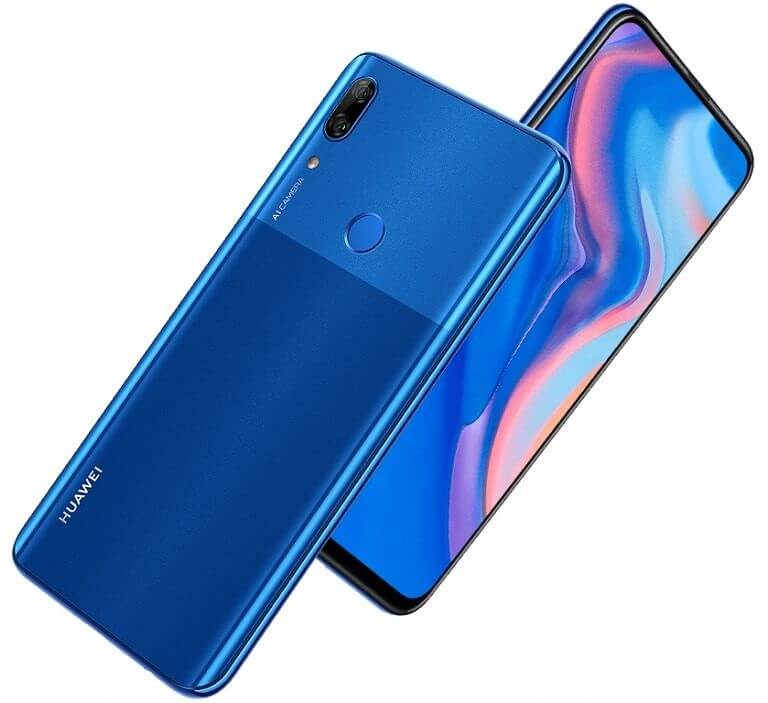 Performance wise, the phone gets the HiSilicon Kirin 710F processor. Huawei P Smart Z also comes aboard with 4GB RAM and 64GB of internal memory. There is also an option to expand the memory using an SD card slot.

Powering the device is a 4000mAh battery. The phone comes with a USB Type-C port, however, there is no mention of the fast charging support. On to the software part, the phone boots on Android 9 Pie out of the box. The P Smart Z also gets the Huawei’s custom skin EMUI 9 on the top.

The phone was placed in Amazon Italy and Amazon Spain’s website. That cues the phone could debut in Europe first. Offered in Emerald Green, Midnight Black, and Sapphire Blue color variants, the device was priced at €279. As far as the availability is concerned, Amazon Italy implicitly implied to ship in 1-2 months of time, which is quite vague. And Huawei itself hasn’t spoken anything on it either.