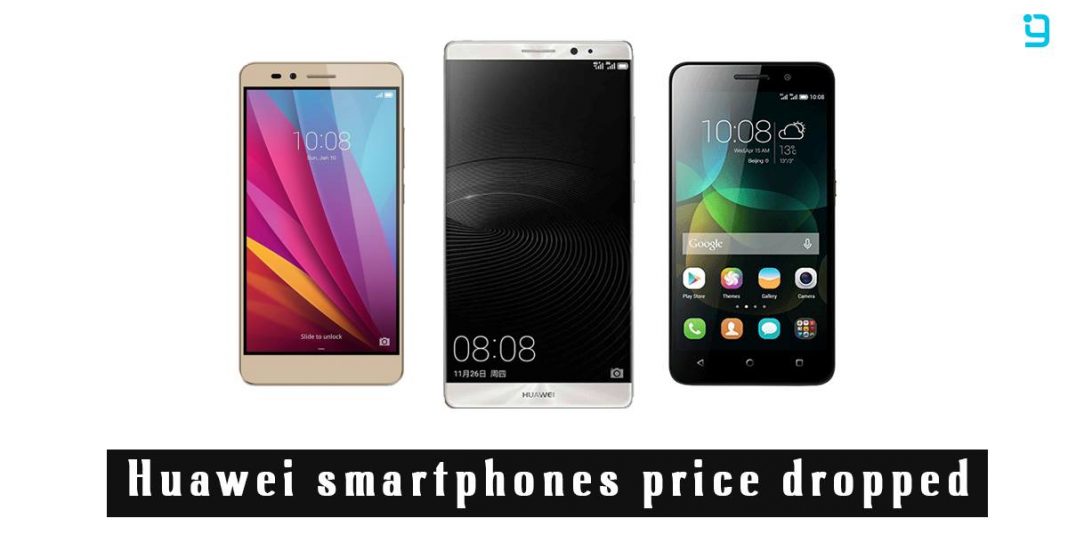 Huawei Technologies Co. Ltd has announced the price drop of selected models in Nepal. That means most of the Huawei smartphones that are currently being sold here in Nepal are cheaper than ever. The company claims that the price reduction is to celebrate Mate 8’s 4 million shipments globally.

The Huawei Mate 8 is company’s flagship phone that was launched back in March in Nepal for Rs. 80,000 is now available for Rs.71,999.  If you’re in the market for a flagship phone, now may be the right time to get the Mate 8. It has a 6-inch FullHD IPS LCD display with a stupendous screen-to-body ratio of 83%. The phone is powered by a Huawei’s in-house Kirin 950CPU with an octa-core processor (4x Cortex A53 + 4x Cortex A72). Other specs include 4GB of RAM, 64GB of expandable storage, dual hybrid SIM slot with 4G support, a 16-megapixel Sony IMX298 camera, an 8-megapixel front camera, Android Marshmallow 6.0 with EMUI 4.0 and a 4000mAh non-removable battery.

The Huawei GR5 which was launched for an extortionate price of Rs. 33,999, now can be purchased for Rs. 26,499. With the Huawei GR5 dislodged out of competition with the launch of Xiaomi Redmi 3, the price reductions are predictable and welcome. The Huawei GR5 pricing of Rs. 26,499 now makes a lot of sense and is a great time to pick if you are searching for a smartphone with features such as a fullHD display, octacore processor, and super fast fingerprint sensor.