Home Huawei Huawei Watch GT Active and Elegant to unveil in Paris alongside the... 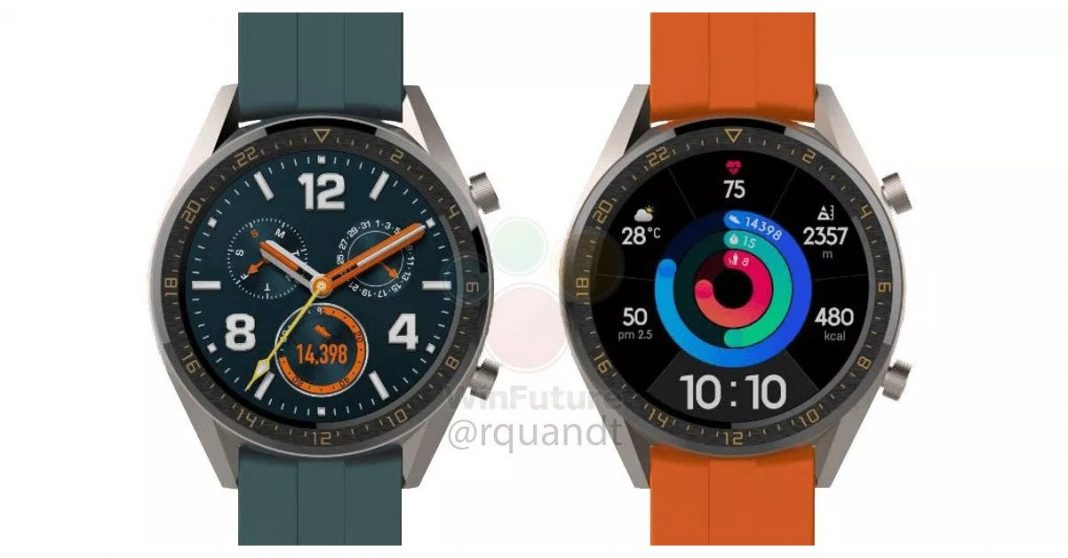 Huawei P30 and P30 Pro smartphones are launching very soon. Since last year’s P20 Pro was the smartphone to have scored the highest in the DxOmark, the launch of P30 and P30 Pro has been eagerly awaited in the tech community. But that’s not the only Huawei products launching in that grand event. Huawei is reportedly launching two wearables alongside the P30 smartphones. Owing to the recent leaks, two smartwatches, dubbed as Huawei Watch GT Active and Elegant will share the stage with the P30 devices.

The alleged leak, which came from the German website WinFuture gives us a clear idea of the device what it may look like. Going through the images, the Huawei Watch GT Active shared an uncanny resemblance with the last year’s Huawei Watch GT. But a slight change in the color scheme of the bezel, shade of the lines and numbers on the watch are definitely enough to differentiate between the two. The leaked images also showed that the watch in two color schemes of the straps: Dark Green and Orange. But there has not been a solid report stating the existence of merely two color variants of the watch. When it comes to the Huawei Watch GT Elegant, the wearable is tipped to come in Black and White color options.

In terms of specifications, both of these wearables are said to come with the same 1.39-inch OLED display. The resolution will be 454 x 454 pixels, which means both the devices will pack 326 pixels on every inch. Since the size and resolution of the device haven’t changed from the Watch GT and other specs are still under the veil, we are yet unsure about how much of an upgrade will these devices bring on the table. Nonetheless, we can be sure that these devices will feature the latest version of the company’s proprietary Light OS on the software front.

As far as the rumors hold true, these devices are said to launch on Paris at an event on March 26 alongside the P30 devices. But that’s not the only thing we know so far. This alleged leak also claims that Huawei Watch GT Active will be priced at EUR 249. Similarly, Huawei Watch GT Elegant will be available at EUR 229.