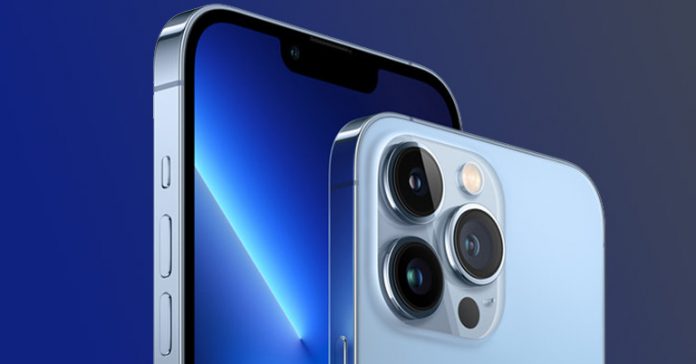 Here, the iPhone 13 Pro and Pro Max almost sport identical features apart from their screen sizes. The 13 Pro Max comes with a 6.7-inch Super Retina XDR display with a ProMotion 120Hz refresh rate. It can smartly switch between 10-120Hz based on the content playing on the screen. The panel has 2778 x 1284 pixels resolution with 458 PPI and has Ceramic Shield protection. The device retains the design from the 12 Pro lineup and features stainless steel frames and rounded corners. It’s also IP68 rated for water and dust resistance. Similarly, the color options for iPhone 13 Pro Max include Graphite, Gold, Silver, and Sierra Blue.

On the performance side of things, it is powered by the latest A15 Bionic chip that features a 6‑core CPU and 5‑core GPU. In addition, with the new 16-core Neural Engine, Apple is claiming up to 15.8 trillion operations per second (TOPS) here, which enables faster machine learning. Likewise, the storage option starts from 128GB and goes as high as up to 1TB.

The 12MP main camera features a larger sensor with bigger pixels (1.9 µm), which increases its capacity to retain better details in low-light photos. Likewise, the ultra-wide lens can now shoot macro shots of objects from as close as 2cm. 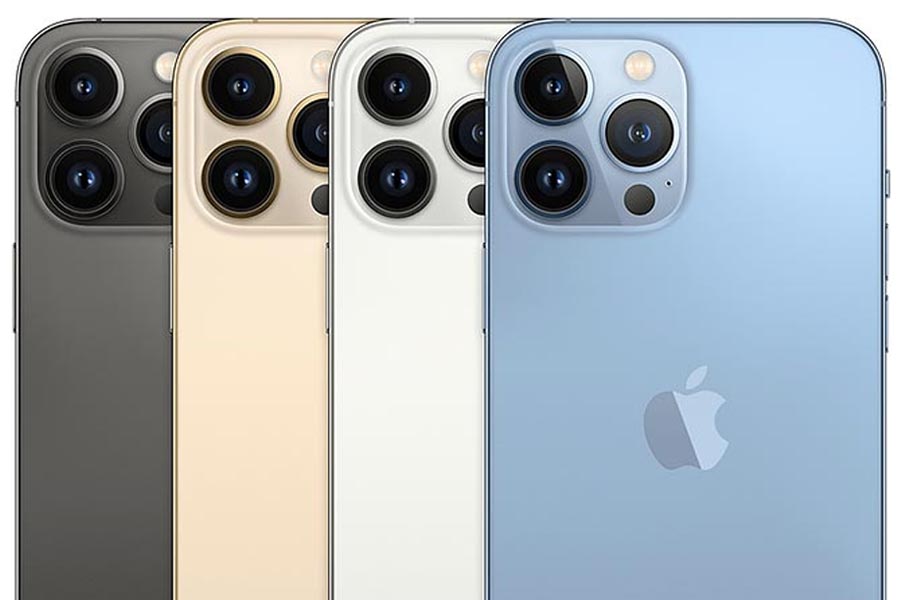 On the front, it houses a 12MP TrueDepth camera inside a redesigned notch that’s 20% smaller than the one on its predecessor. Besides this, all the exciting camera features of the iPhone 13 lineup are present here. This includes ProRes video, Cinematic mode, sensor-shift stabilization, Photographic Styles, Dolby Vision HDR, 4K video at up to 60fps, and more.

Moving on, the 13 Pro Max comes with a 4325mAh that charges via the lighting port using a 20W adapter. On the other hand, the wireless connectivity option includes Wi-Fi 6, Bluetooth 5.0, e-SIM (dual), GPS, GLONASS, Galileo, QZSS, and BeiDou.