On Wednesday, Apple unveiled its new iPhone lineup at the ‘Far Out’ event. The iPhone 14 is the most affordable of the bunch followed by the iPhone 14 Plus. So, let’s take a look at the specifications, features, availability, and expected price of the iPhone 14 in Nepal.

The iPhone 14 retains the same design as its predecessor. That means a big notch on the front and camera lenses aligned diagonally on the back. The entire body is made of aerospace-grade aluminum and is water and dust resistant to IP68 standards. 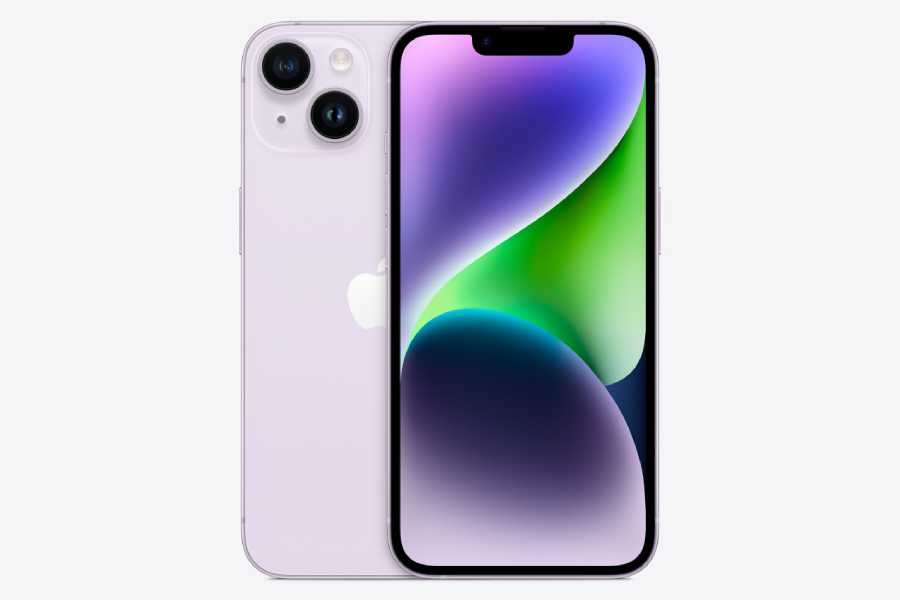 Similarly, a Ceramic shield protects the device’s front. The actual screen size is 6-1″ and, as expected, it is a SuperRetina XDR OLED display with Dolby Vision HDR, P3, and True Tone support. Other display features include a peak HDR brightness of 1200nits and a refresh rate of 60Hz. Sadly there’s no ProMotion this time as well. Inside, Apple has packed last year’s A15 Bionic chip over the latest A16 Bionic. However, this is a 5-core GPU version of the SoC found in last year’s flagship iPhone 13 Pro models. As a result, it performs 18% better than its predecessor. There are three storage options: 128GB, 256GB, and 512GB.

As for the optics, the iPhone 14 features dual-cameras on the back, including a 12MP wide-angle primary sensor with a larger f/1.5 aperture, sensor-shift OIS, and a secondary 12MP ultra-wide-angle lens. These bigger camera sensors when paired with the new Photonic Engine deliver a significant improvement in low-light performance.

The Photonic Engine is a deep integration of hardware and software that improves the main sensor’s mid-to-low-light performance by 2.5x and the ultrawide and selfie camera’s performance by 2x. For the first time, the front camera also has an autofocus feature for selfies and video chats.

In terms of battery life, the iPhone 14 can provide up to 80 hours of audio playback and up to 20 hours of video playback. It charges with a 20W adapter and takes about 30 minutes to reach 50% capacity. There is also support for 15W MagSafe Wireless and 7.5W Qi wireless charging.

Finally, with the iPhone 14 series, Apple also announced a Crash Detection feature that makes use of the phone’s high-dynamic range gyroscope and dual-core accelerometer. When an accident is detected, the smartphone will connect to the emergency service automatically. There’s also a new Emergency SOS via Satellite feature, which allows users to send messages even when there’s no cellular connection. For this, you need to point the phone directly at a satellite. But since satellites constantly revolve around the earth, Apple has created specialized software that shows you exactly where to point your phone to hit a satellite. In the United States and Canada, this feature is free for two years.

iPhone 14 Price in Nepal and Availability

The device will be available for pre-order in the US on September 9th, with a starting price of USD 799 for the base 128GB model. Shipping will begin on September 16th. When it is released in Nepal, we expect the price of the iPhone 14 to start at NPR 135,000.