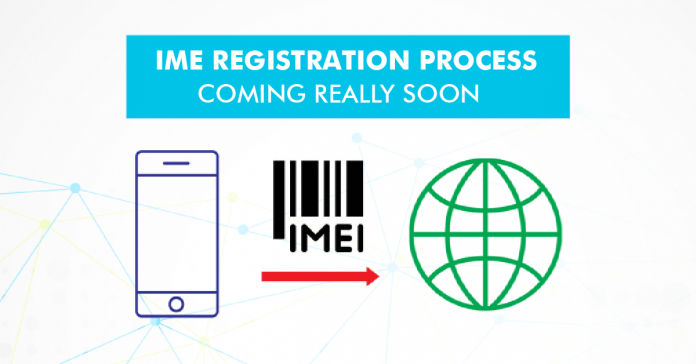 Nepal Telecommunication Authority (NTA) has been aggressively striving to shut down the grey market. For that, NTA was looking to develop MDMS (Mobile Device Management System) and implement it to bring illegal import of mobile phones in Nepal under control. And after doing assessments for a fairly long time, the Authority finally selected the company, which would design and develop the system.

NTA recently released a public notice in Gorkhapatra revealing the company name awarded to take on the project. After the various selection processes, the authority awarded the joint venture of M/s Numera (M) Sdn. Bhd., Malaysia, OSI Consulting Pvt. Ltd., India, and Namaste Global Communication Pte. Ltd., Singapore (JV) for the execution of the contract. The scope of work for the winning company would involve providing consultancy services for design, development, supply, installation, testing, commissioning, and operation of MDMS in Nepal.

The Authority had requested proposals from interested companies for the operation of MDMS last year. In which six companies had given applications. Only four of those companies had applied for the project with technical and financial proposals. Among those four, two were eliminated from the selection process for not fulfilling the criteria. Lastly, in the competition between these two remaining companies, Numera got nominated since it had $5000 less bid amount than its competing bidder. So with the contract amount of $7,066,888.00 (excluding VAT), Numera has to complete the project.

If a mobile device (stating the IMEI number) has complained about illegal activities or if somebody filed a case reporting a theft then these devices would be blocked by the system. So when somebody inserts a SIM (NTC, Ncell, Smart Cell, or from any other network), the NTA’s MDMS database will recognize it as illicit and will block the telecommunication activities.

As the name implies, these are the devices, which are brought to Nepal through unauthorized or grey channels. Importing mobile devices from abroad and not registering it for the MDMS system will get your device enlisted in the Grey list. Users will be unable to perform telecommunication activities on these devices. So basically speaking, there would be the same treatment for the devices recorded on the Black List and Grey List. The only difference would be that the owners of the Grey mobiles will be able to register their handsets in NTA’s system and unblock the services. But Blacklisted mobile users can’t do so.

All the mobile devices, which have been registered for use in Nepal will be enlisted in this list. And all the telecommunication features (Call, SMS, Internet, etc.) would be unlocked for these devices. The mobile devices imported through the authorized channels would only be enlisted in this list. If you have bought a mobile phone from an authorized outlet (online/offline), you don’t have to worry about it.

If the winning company successfully completes these processes, it will be awarded six months of time to complete the project. This means that within six months and 22 days, we might be able to witness a full-fledged version of MDMS coming live. However, the works for the winning company doesn’t really end there. Even after the completion of the MDMS system, the winning company has to provide regular support to NTA regarding this system.

Advantages of MDMS system in Nepal

With the MDMS system, the Authority plans to completely shut down the grey market in Nepal. Every importer, who brings mobile devices from abroad has to register in NTA paying the allocated amount of taxes. In doing so, users will actually have to pay more for the device than buying the same product in Nepal. So the buying and selling process of the mobiles from unauthorized channels will start to culminate.

In order to use a mobile device in Nepal, customers have to pay the taxes for the import. With these taxes, the government generates revenue. So it’s actually a good thing. Apart from that, the Authority also hopes to minimize mobile thefts.