Xiaomi today launched their next series of flagship devices. Via an online event, the Chinese smartphone giants, today launched the brand new Mi 10T series. The rumors about this series had already begun after the launch of the Redmi 9 series. And now, the devices have finally launched. The Mi 10T series includes three smartphones; Mi 10T, Mi 10T Pro, and Mi 10T lite. This series is the successor to the Mi 9T series from last year. Let’s check out the details about the Mi 10T and Mi 10T Pro smartphones, including their expected price in Nepal.

The 10T and 10T Pro are an upgrade over the Mi 10 and Mi 10 Pro that was launched in February. However, they still share some of the features. Not only that, the Mi 10T and 10T Pro themselves share a lot of specs between them.

For instance, both the devices flaunt a 6.67-inch IPS LCD screen with FHD+ resolution and a 20:9 aspect ratio. Their display is DCI-P3 color gamut certified and also boasts a 144Hz AdaptiveSync refresh rate. AdaptiveSync basically means that the device will not run constantly at 144Hz. Rather, the refresh rate will change based upon the application that you are running. This is done to make the battery more energy efficient.

Apart from that, their displays have a single punch-hole to house the 20MP selfie camera. And the Corning Gorilla Glass 5 protects the front and the back of the device. 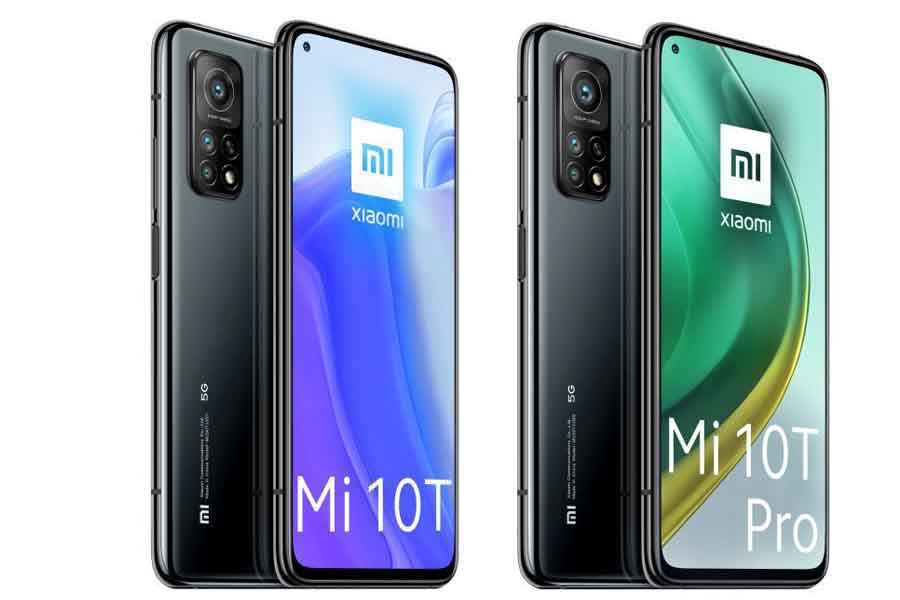 Both, Mi 10T and 10T Pro are powered by the Snapdragon 865 SoC, meaning they both support 5G connectivity. While the SD 865+ would have suited a bit better for a flagship, but we really can’t complain about the use of SD865 itself, can we? The chipset is complemented by up to 8GB of LPDDR5 RAM and 128GB UFS 3.1 storage. The 10T Pro, however, does have a 256GB variant too. Connectivity-wise, the devices support 5G, dual 4G VoLTE, Wi-Fi 6, Bluetooth 5.1, and NFC.

The difference between these devices can be seen in the camera department. Both of them sport a triple-camera array on the back. However, the vanilla Mi 10T has a 64MP primary sensor whereas the 10T Pro sports a 108MP sensor. The other sensors, however, are the same. Both of them have a 13MP ultra-wide lens and a 5MP macro lens.

Talking about the availability of these devices in Nepal, we should probably expect them to arrive here around early December. We can expect the price of the Mi 10T in Nepal to start at Rs. 75,000 for the 8/128GB variant. The Mi 10T Pro Price might launch in Nepal for a price of Rs. 90,000.