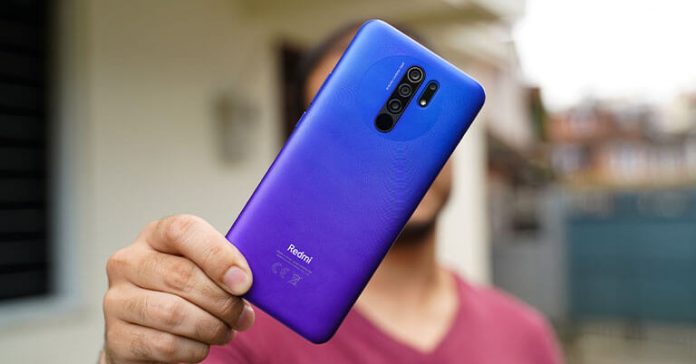 Xiaomi’s Redmi series caters to the budget audience. Last year’s Redmi 8 was such an impressive budget device and I personally recommended it to many. Its successor, the Redmi 9, offers a better chipset and quad cameras. And with Samsung launching some overpriced phones of late like the Galaxy M11 and the Galaxy A21s, it only leaves the Realme C3/Narzo 10A as the only viable competitor in the market. And if you compare the specs sheet, it is quite evident that the Redmi 9 is a clear winner. Let’s find out more about the Redmi 9 in this review.

Okay, let’s talk about the design first. And to be honest, considering the price, it looks and feels really good. It’s not glossy like the Redmi Note 9, rather it has this textured matte finish which really helps prevent smudges. The phone is a little wide though. I don’t know if you have noticed, but mostly all Xiaomi phones are a little wider than others.

Anyways, I love the color and the camera arrangement. It kind of shares an uncanny resemblance to last year’s Redmi Note 8 Pro. Even the fingerprint sensor is at the same spot. I wouldn’t say this is the best placement for the sensor as many times my finger reaches the camera sensor while trying to unlock the device.

But, I guess you will get used to it after some time. Its performance is fast and accurate, except for the times your hands are wet or greasy.

And yes, like many other Xiaomi phones, this one also has an IR blaster. Down below, you have the USB Type-C port along with the headphone jack and a single- firing speaker both of which have an average audio output. Overall, I like the design of this phone, considering its budget price. It’s well built and looks good.

Moving on, this phone also provides a Full HD display at this price. Most of the other brands like Samsung and Realme have skimmed on this aspect by giving an HD display but thankfully that’s not the case here. It’s a 6.5-inches panel with a 20:9 aspect ratio, vibrant enough colors, and acceptable contrast levels. As opposed to the Realme C3/Narzo 10A, the display here has good sharpness, so that’s nice. The brightness is also plenty enough for indoor usage but outdoors, you will wish for some more luminance.

And comparing its display against a more expensive Redmi Note 9, it’s pretty much the same display, except for the notch and inferior Gorilla Glass 3 protection you get on the Redmi 9. But again, the highlight feature of the display remains the fact that it is a Full HD panel which we usually don’t get in other phones of this price range!

Moving on to the performance, here too, I am really satisfied. Not only it has a much better performance compared to last year’s Redmi 8, but I compared its performance a costlier Redmi Note 9 and found it keeping up very well. What do I mean by that? Well, let me explain!

I ran a couple of tests for multitasking, app opening, and video rendering and found that the Redmi 9’s Helio G80 competes with the Helio G85 of Redmi Note 9 very well. Yes, the Redmi Note 9 is slightly faster, but the Redmi 9 is a very close second. For what it’s worth, I found it to be very impressive! Similarly, playing COD was also quite good on the Redmi 9. A couple of COD sessions in High frame rates and High graphics was susceptible to a few lags here and there while toning down the graphics to medium gave me gameplay with no issues at all.

With all this, it’s kind of self-explanatory that running normal tasks on this device will not be a problem at all. However, during my Redmi 9 review, I found that while multitasking, sometimes you do feel the apps take some time to load.

By the way, the unit I have has 3GB RAM and 32GB of internal storage. But if you are really opting to buy this phone, I would suggest you go for the 4GB variant to ensure slightly better performance. Also, you get a dedicated microSD card slot for further storage expansion which is always a plus.

Overall, with the Redmi 9, you are getting almost similar performance as that of the more expensive Redmi Note 9 and in the gaming regard, it’s even better.

Software-wise, the Redmi 9 runs on MIUI 11 on top of Android 10. It’s a pretty heavy UI so sometimes, you might feel that navigating through the UI isn’t buttery smooth. I have also felt some lag while closing PUBG app and getting back to the home screen.

Also, one problem that has always prevailed in budget Xiaomi devices is the ads and here too you get presented with ads in instances such as when you install an app.

Alright, let’s get to the cameras now. Like the Redmi Note 9, there are four cameras at the back, but instead of a 48MP primary lens, you get a 13MP sensor here, followed by an 8MP ultra-wide-angle lens, a 2MP depth sensor, and a 5MP macro lens.

The normal daytime pictures from the Redmi 9 have good enough details and colors too. They are fairly sharp and with decent dynamic range.

I even compared its cameras to the Redmi Note 9 and surprisingly found very little differences among them. The images almost look similar. However, with the Redmi Note 9, you get slightly better details but overall, these cameras give a very similar output.

However, the image quality is strictly limited to daytime as, during the Night-time, the Redmi 9 takes miserable shots. Also, there is no comparison between the night-time capabilities of the Redmi 9 and the Redmi Note 9.

That’s because Note 9, as evident from these samples, has way better details and exposure maintenance. Also, you don’t have a night mode feature in the Redmi 9.

Okay, about the portraits, you get decent shots from the Redmi 9 and they are comparable to the Redmi Note 9 as well.

I have even found the Redmi 9 doing better sometimes in terms of the subject. But when you look at the details in subjects, the Redmi Note 9 does better.

Ultra-wide-angle images are not sufficiently vibrant and lack details in almost all instances.

The dynamic range most of the time does not function that well too. But, in good lighting, you can get a few good shots like this one.

The 4th lens here is a macro sensor that works well enough.

They are not wow, but justify the price nonetheless.

Selfies share the same story as that of the daylight shots. The 8MP selfie camera produces decent details and colors in the selfies.

If you look at these images I took from both the Redmi 9 and Note 9, you will find a lot of similarities in color tone, exposure management, and even the details.

Video capabilities on the Redmi 9, just like the Redmi Note 9, is limited to 1080p 30 fps only. Both of them lack proper details and stabilization too. So, vlogging as such is not a possibility with this phone. However, it can record good enough videos for general purposes.

Apart from the cameras, another best thing about Redmi 9 is its battery life. In normal usage, I have got more than a day’s backup every time. Even if you are a heavy user, you will get a whole day of juice with one single charge which is impressive. 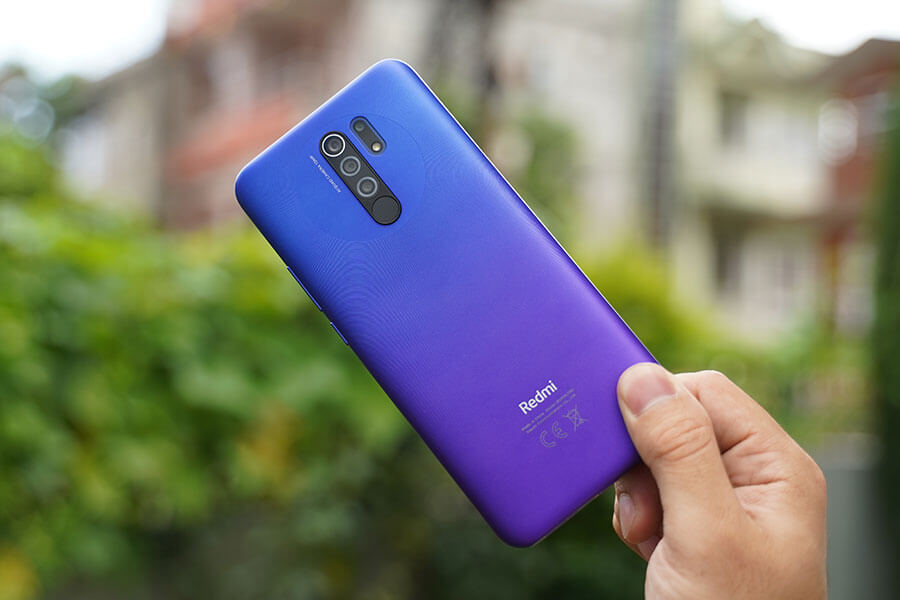 But, what’s not impressive is the fact that the phone comes with a 10-watt charger inside the box that takes something like 3 hours to get filled up. However, with the 18-watt fast charger, it took me around 2 hours and 30 minutes.

So, overall, I think, right now, the Redmi 9 is the best budget phone by quite a margin. It offers the best performance in its price range and comes with a sharper FullHD+ panel. Likewise, its camera is nearly identical to the Redmi Note 9 which is another plus for the phone.

And if you are confused between the Redmi 9 and Note 9, I suggest better go with the Redmi 9 as it’s like Rs. 3000 cheaper for the 4/64GB variant and there aren’t too many noticeable differences between them except for the design. Instead, I would invest the extra cash in getting myself wireless earbuds or a fitness tracker.