Microsoft has recently been one of the most innovative company in terms of product development and future road mapping. Earlier in 2016, Microsoft tied the knot with the Linux Foundation and began rolling out support for Bash Shell in the Windows 10 Operating System. That was just the tip of the iceberg on what Microsoft was willing to do for the Open Source Community. Today on the ongoing Microsoft Build Conference, Microsoft has announced that the support for the Linux Distros is coming to the Windows as well.

If you’ve ever dreamed of a future where you could easily use the Windows and Linux system side by side on a single machine without any hassles, then that future is not so far. Three of the most famous Linux flavors are coming to the Windows store, namely Fedora, Suse, and Ubuntu. Microsoft has been focused on providing developers with tools that make their work on the Windows system effortless. Developers have always opted for Linux systems but with Microsoft’s new mantra “Meeting developers where they are”, the company is releasing support for the famous Linux Distros used by the developers.

Installing these flavors basically means, Microsoft will have Shell of each of these distros with all its dependencies. Microsoft claims installing the Linux flavors would be as easy as installing an app on your computer. These distros will be installed in a virtualized environment side by side with Windows. You’ll have all the command line utilities of Linux system, same as with the full installation. Not only that, you can run all the three flavors side by side.

Ubuntu as of now is already available in the App store. You have to turn on the Developer Mode in Windows and enable Linux support system to be able to find it in the store.

Along with this iTunes is also coming to the Windows Store. 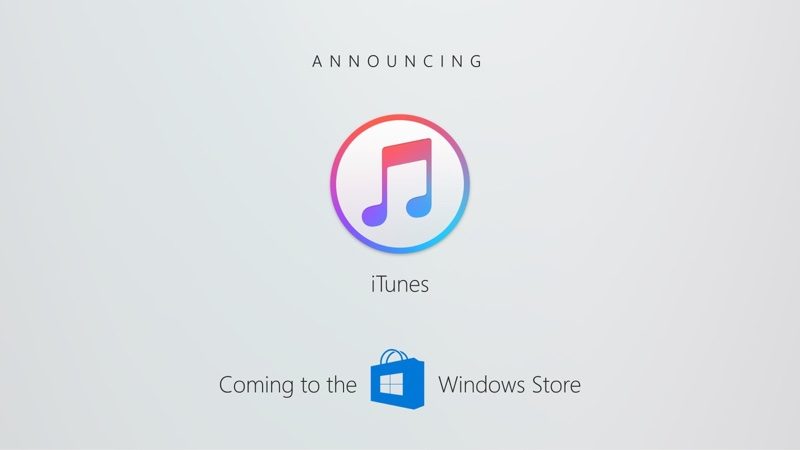