Motorola has announced a new smartphone in Europe, called the Motorola Moto G52. It’s the follow-up to last year’s Moto G51, with upgrades to the display and charging support. Here, we will be discussing the specs, features, availability, and expected price of the Motorola Moto G52 in Nepal.

To begin, the Moto G52’s back boasts a matte finish with an oval-shaped camera module. The biggest gain, though, is in the phone’s total weight, which has been reduced to 169 grams from 208 grams in its predecessor. Similarly, the fingerprint reader is embedded in the power button and the device is water and dust resistant, thanks to the IP52 rating. 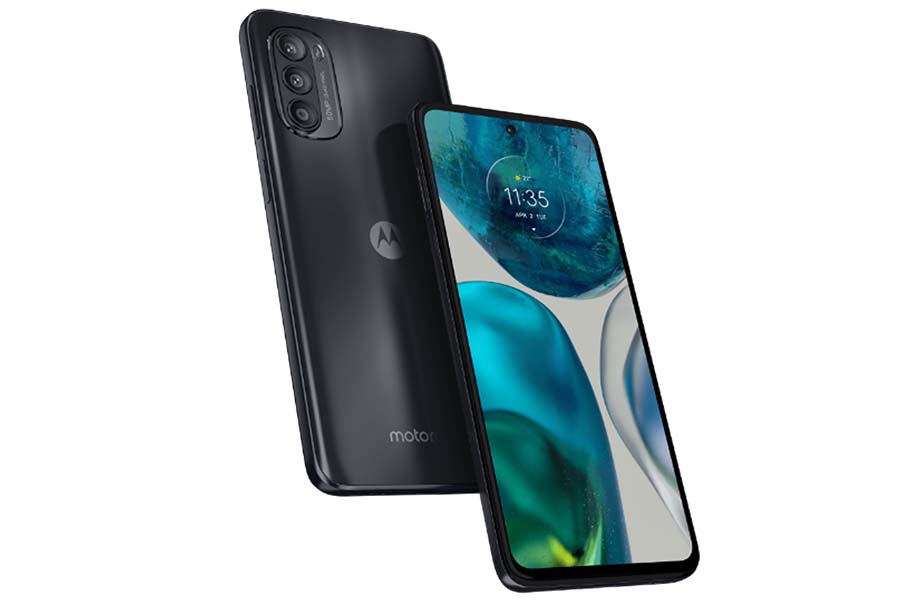 The front sports a 6.6-inch AMOLED display with Full HD resolution, as opposed to the G51’s IPS LCD. Also, the screen has a refresh rate of 90Hz for a fairly fluid navigation experience. The Moto G52 is available in Charcoal Grey and Porcelain White colors.

Under the hood, the phone is powered by a Snapdragon 680 chipset. It’s energy-efficient mobile silicon with a 6nm fabrication node and features four Cortex-A73 and four Cortex-A53 cores. On the other hand, the graphics are handled by an integrated Adreno 610 GPU.

Similarly, the memory configuration includes either 4GB or 6GB of RAM, paired with 128GB of internal storage. The latter can be expanded up to 1TB via a microSD card. In terms of software, the Moto G52 boots on the latest Android 12 based My UX custom skin.

Camera-wise, it boasts a similar triple camera configuration as its predecessor—headlined by a 50MP primary sensor. This is accompanied by an 8MP ultrawide and a 2MP macro lens. For selfies, there’s a 16MP camera on the front. Both the front and back cameras are capable of recording [email protected] footage.

Rest of the specifications

Fueling the smartphone is a 5000mAh battery that supports 30W fast charging. The connectivity option includes WiFi 5, Bluetooth 5.0, NFC, and a USB Type-C port. There is a stereo speaker setup for audio, and the phone also has a 3.5mm jack.

As for the pricing, the Moto G52 is available for purchase in Europe in a sole 4/128GB variant for EUR 249. We expect the price of Motorola Moto G52 to be around NPR 37,000, if and when it launches in Nepal.