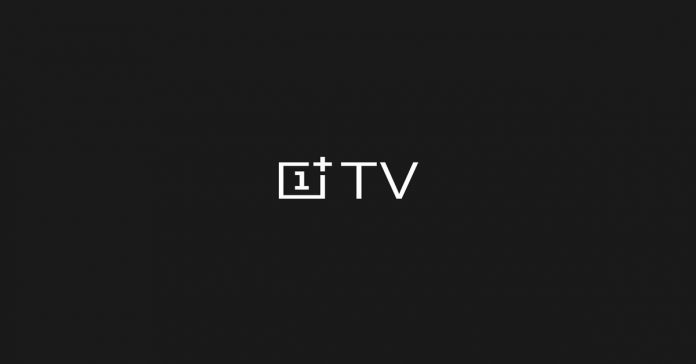 OnePlus is all set to launch the OnePlus 7T next week. However, as rumors suggest, the event will not be all about the 7T only. Speculations suggest that OnePlus will also reveal the new TV at the event too. And mind you these are not baseless rumors. In fact, with the event date nearing, many leaked images of the OnePlus TV are surfacing online.

In these leaked images, you can see the TV along with its custom remote control and what supposedly is the OnePlus soundbar.

The images are in-line with the teaser poster as you can see the uniquely designed stand of the TV on one side. Furthermore, the image also shows a sleek remote control, which confirms the initial pictures of the controller. However, the OnePlus branded soundbar is the highlight of these images.

Now it is completely possible that the image is actually a photoshopped one. Someone out there might just have wanted to create a new wave of rumors about OnePlus. Thus, confirmation about its validity cannot be given. However, if this turns out to be true, the complete OnePlus TV set will surely be the one to look forward to.

Moreover, in the same image, we can also see a subwoofer. However, the wooden table obstructs its view. Therefore, we cannot even put forward speculation about whether it is also from OnePlus or not.

No detail is too small, from top to bottom. #OnePlusTV pic.twitter.com/46xB5zg2Rh

Now, this is not the end of the released images of the TV. Pete Lau, the CEO of OnePlus, further tweeted a series of images of the TV. And from what I can conjure, the TV’s will indeed have a very sleek design.

The OnePlus TV will probably launch only in India at first. This will be the first time that OnePlus is venturing into the world of televisions. However, considering their eye for designs and the impact that they have had in the smartphone industry, the world will be highly expectant of the Chinese tech giants.