Oppo F3 is a subdued version of the Oppo F3 Plus. That said, it is a completely new device as compared to the Oppo F3 plus with a different primary camera, display, processor and much more. This device can also be perceived as a successor to last year’s Oppo F1s with which it shares remarkable similarities including the design. Two months ago, I reviewed the Oppo F3 Plus which wasn’t the best device of the price range but yet, it managed to be one of the considerable devices in its price range. But can same be said about its toned down version, the Oppo F3? Keep this thing in mind, I used the device as my daily driver for a whole week. And here, I’m sharing my views regarding the different aspects of the phone.

Starting with the design, there’s nothing unique about this device. It is yet another phone from Oppo that looks more or less like an iPhone. Don’t get it confused with a full metal unibody phone since it’s part metal and part plastic. Only the back plate below the camera is made out of metal and the rest is made out of plastic. There is a rough transition between the front glass and the side frame which I personally, didn’t like at all. So you must be thinking isn’t there any element in the phone’s design that I liked? Well, there are some and they are its lightweight, backlit capacitive buttons on the chin and the well placed physical buttons. 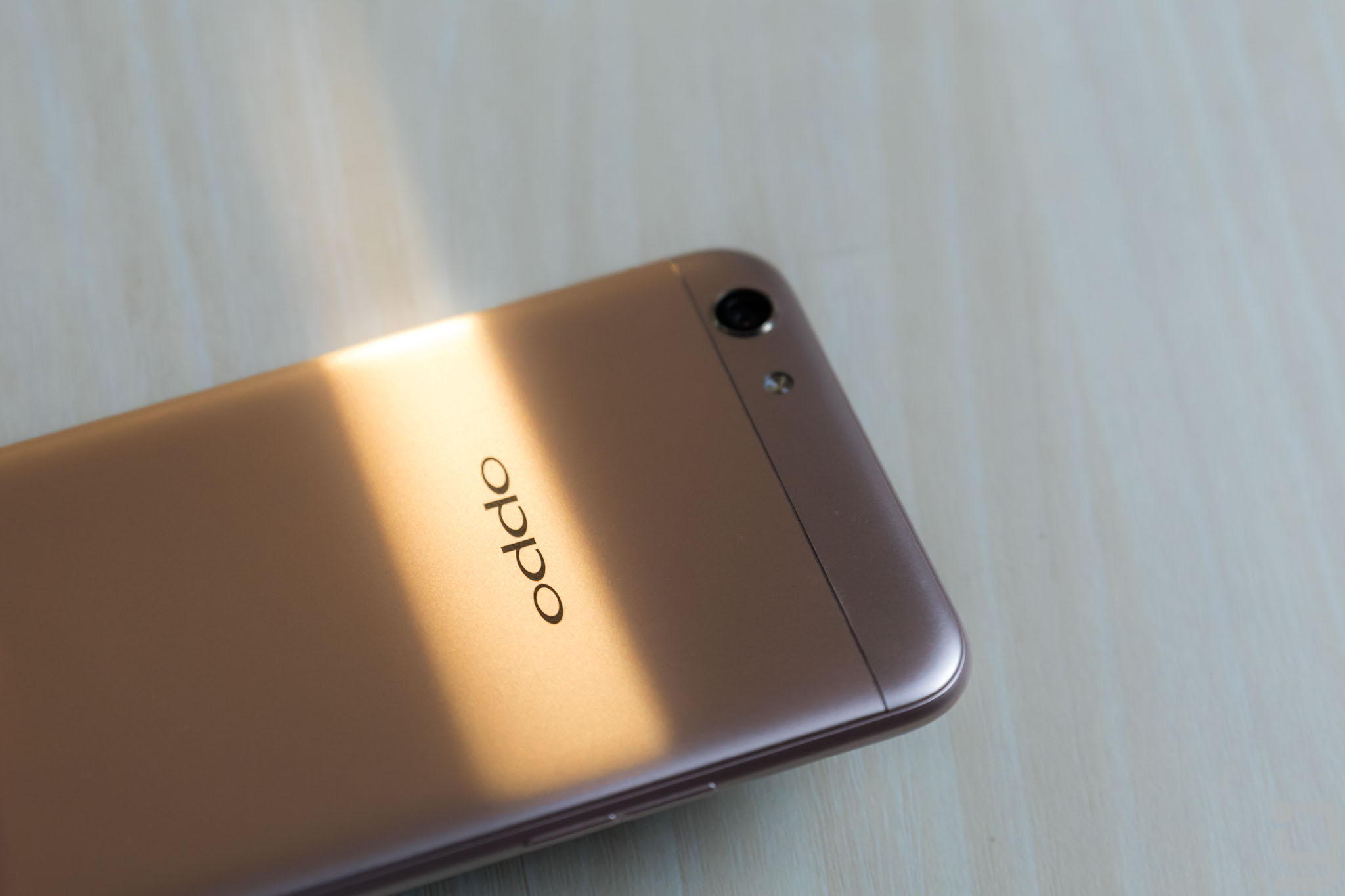 The phone has a 5.5inch Full HD display which can be considered an upgrade as compared to the Oppo F1s. But the display didn’t impress me in real life as it first impressed on paper. This display was a true fingerprint magnet. And, when on direct sunlight the screen is super reflective giving me a hard time while using the phone outdoors. The good impressions display had on me is it’s Corning Gorilla Glass 5 protection, good viewing angles, great touch response and thin borders around it.

Oppo has made some remarkable compromises in this phone as compared to the Oppo F3 Plus to make it more budget friendly. To point a few, the MediaTek MT6750T is its biggest compromise that has shown a remarkable impact on the phone’s performance. The load time of pre-installed apps are considerable but few post-installed apps took noticeably longer time to load. I played few graphics demanding games like Nova and Asphalt 8 on the device. But there were realizable drops in the frame rates, especially while playing Asphalt 8. And, the device keeps getting warmer on the top-right of its back plate not just while gaming but even while using social media, video streaming, and camera apps. Coming to bright sides of the phone’s performance, the phone’s fingerprint sensor was remarkably fast and accurate.

Coming to the cameras, the dual cameras on the front did impress me just like the Plus model did but the same cannot be said about its back camera which performed just average. The selfies from the primary 16MP front camera look well detailed producing near-to skin tones. But the wide angle selfies from 8MP does come with noticeable distortion at the edges. Now, coming to the back camera, it isn’t anything phenomenal like the front modules. I compared few of its back camera samples with other phones of same price range and there weren’t much of noticeable differences. There were times its back camera underperformed as compared to the competition. However, it had slightly better low light performance and it’s RAW photo capabilities and expert mode for manual control are appreciable.

For the videos, the phone tops out at 1080p at 30fps. The videos from its back camera look a bit oversharpened to my liking.

The phone runs on Color OS 3.0 based on Android 6.0 Marshmallow. For a phone of 2017, the Android 6 sounds a little dated. And, the Color OS has the UI that might be preferable to iOS users than the Android ones. But it comes with few tricks up its sleeves like app cloning along with different gesture and motion controls. In this device, checking the notifications is bit clumsy and I personally, hated it a lot.

This is a dual SIM phone with another dedicated slot for the microSD card which can be considered as an added benefit as compared to phones with hybrid SIM tray. Throughout the time of my review, I didn’t have any issue with the network reception and performance both for the calls and the 4G.

Oppo F3 has a 3200mAh battery that easily lasted for a full day. However, it’s 2017 and the device neither has a USB type-C nor supports fast charging. And the 10W charger that comes with the phone takes longer than 2 hours to fully charge. For instance, I plugged the phone into the charger at 6% and after half an hour of charge, all I could get was 29% of added charge making the total battery charge to be at 35%.

In nutshell, Oppo F3 does live up to its tag of “selfie expert” but I wish if it had a dedicated front flash. Taking selfies is one of the reasons to buy a smartphone but is not the only one. So, I don’t think this phone with average performance, dated OS, generic design and typical battery performance is worth the price of Rs.35,490. However, if you prioritize on a light weight phone with great selfie camera and the competitive back camera then you can never go wrong buying the Oppo F3. That said, if you are after a phone with an overall performance worth the price then you should be looking somewhere else.

During my period of review, these are the things I liked and disliked about the Oppo F3.

What I liked about Oppo F3 (PROS):

What I disliked about Oppo F3 (CONS):

If you weren’t impressed by Oppo F3, Here are some other options you can consider:

If you already have a budget of 35K, the best is to add 5K more and buy the OnePlus 3 instead which will checkmark all the boxes for a phone with the performance worth the price.

If you have a budget of less than 30K but looking for a better battery life and performance, the Redmi Note 4 ticks all the requirement — all thanks to efficient Snapdragon 625 SoC and enormous 4100mAh battery.