Coolpad Cool1 Dual, the first phone that was manufactured in a joint venture of Coolpad and LeEco is now officially available in Nepal for the price of Rs.31000. I’ve used this handset (with dual cameras and 4060mAh battery) for a couple of weeks and here’s what I have to say about the device. Let’s find out if this dual camera phone is what it claims to be? You can follow the review to find out if Coolpad Cool1 Dual can be your next daily driver? [Note: Th Coolpad Cool 1 is priced at MRP 31,000, but it is available for users for around Rs. 29,500] 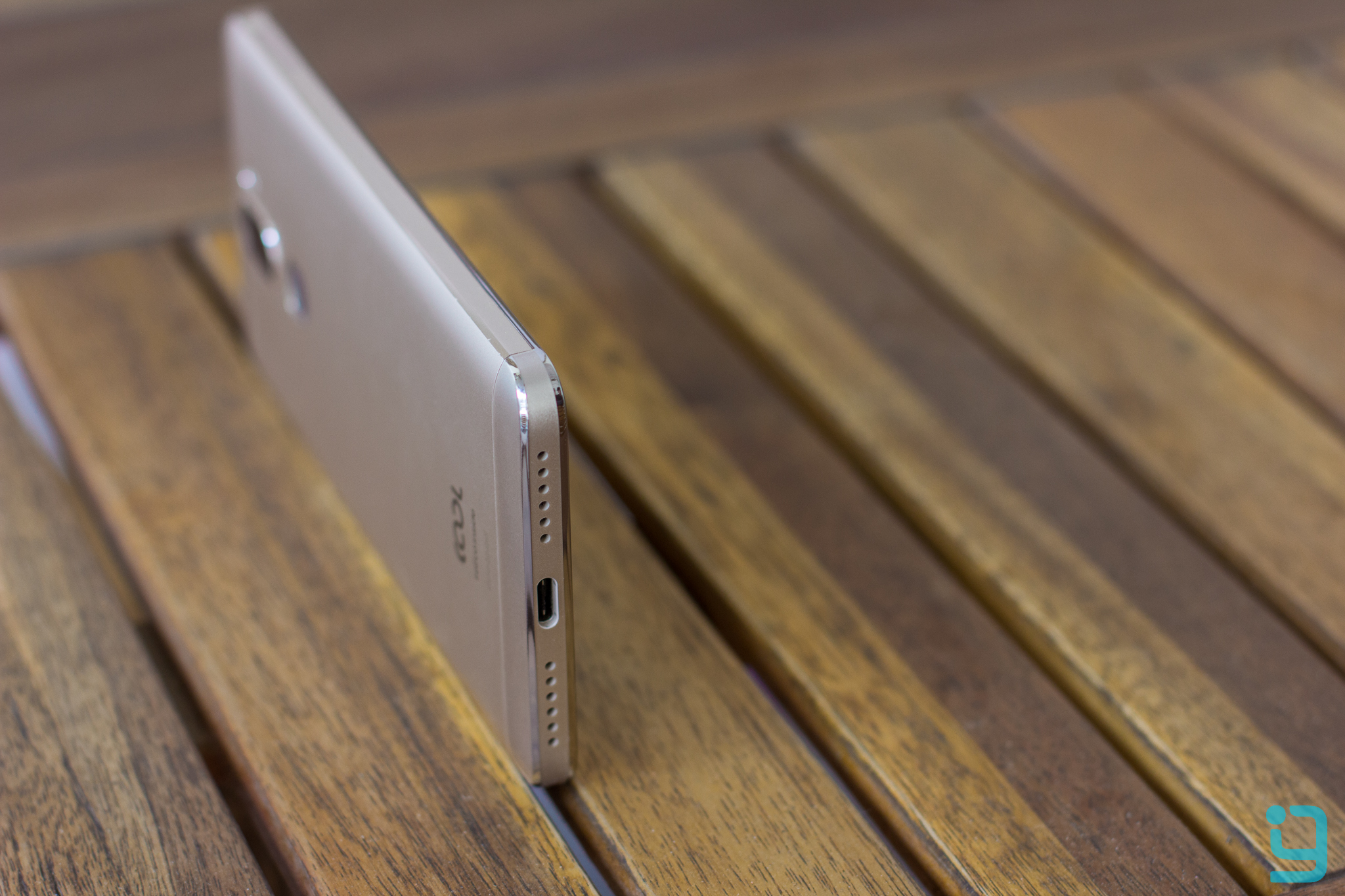 The Coolpad Cool1 Dual is a metal build phone that doesn’t have much of uniqueness to stand out the crowd. The Chamfered edges do make the device look classy but while using the phone the absence of 2.5D glass is felt every so often. Other than that, this 8.2mm thick phone that weighs 167gm feels sturdy while holding. It has capacitive buttons on the chin that are backlit. On the bottom edge is the USB Type-C port for charging in the middle of the speaker and the mic. The metal build volume rockers and power buttons are placed on the right edge. On top, you can find the 3.5mm headphone jack alongside the IR sensor. Dual cameras and fingerprint sensor are placed on the back of the phone. The fingerprint sensor is a bit shiny that makes the smudges look noticeable more than ever. 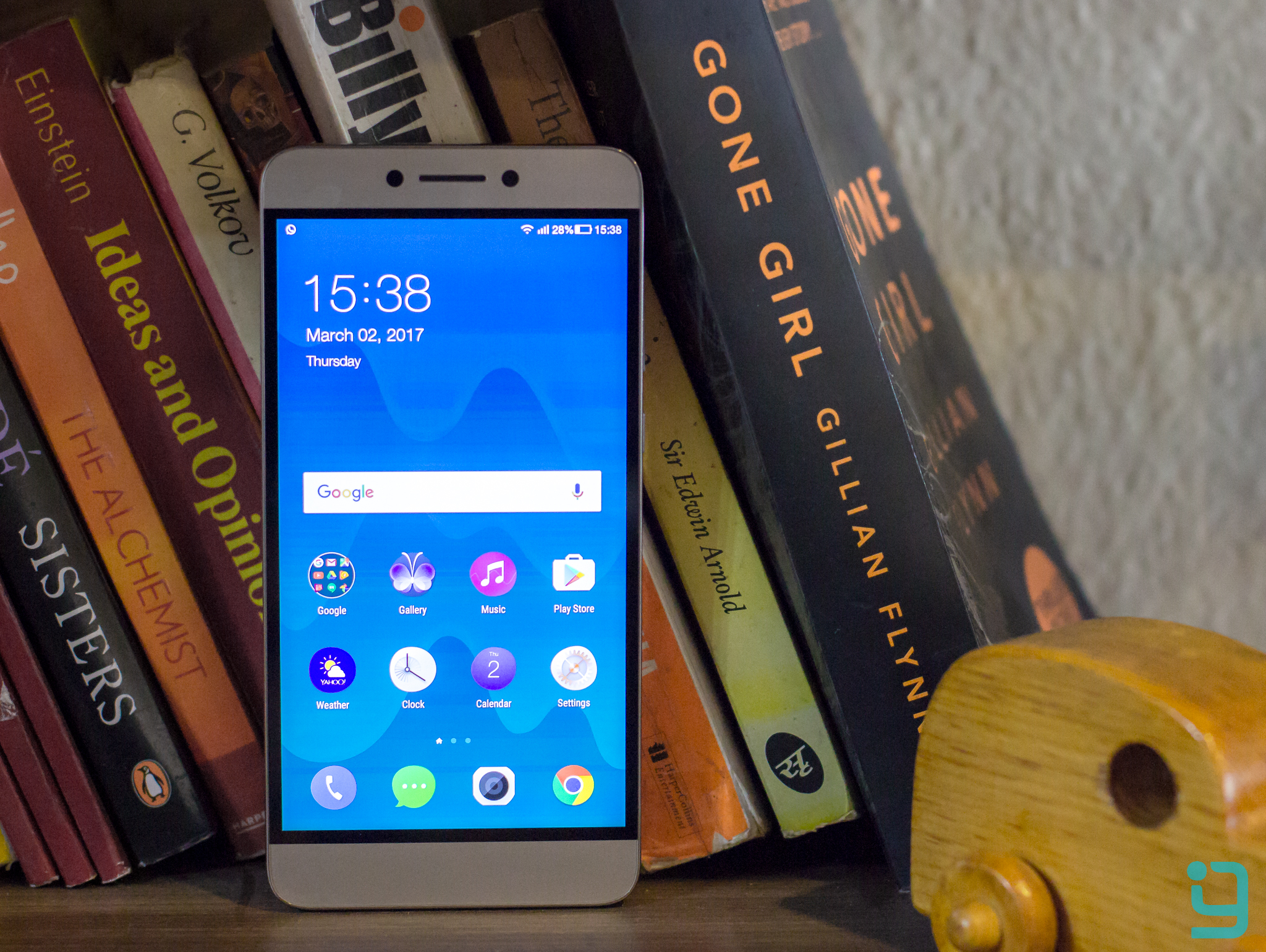 The phone has a corning gorilla glass 3 protected 5.5 inch IPS LCD display with the resolution of 1920*1080 pixels. The display with 450nits brightness and 72% NTSC color gamut is nothing to complain about considering the price except those thick bezels around it. The outdoor visibility of this display was just average, nothing too exciting or too disappointing. The color reproduction and viewing angles are satisfactory. But personally, I found the white balance to be a little warmer than need. However, every time I looked into the display, I couldn’t get my eyes off those thick black bezels. 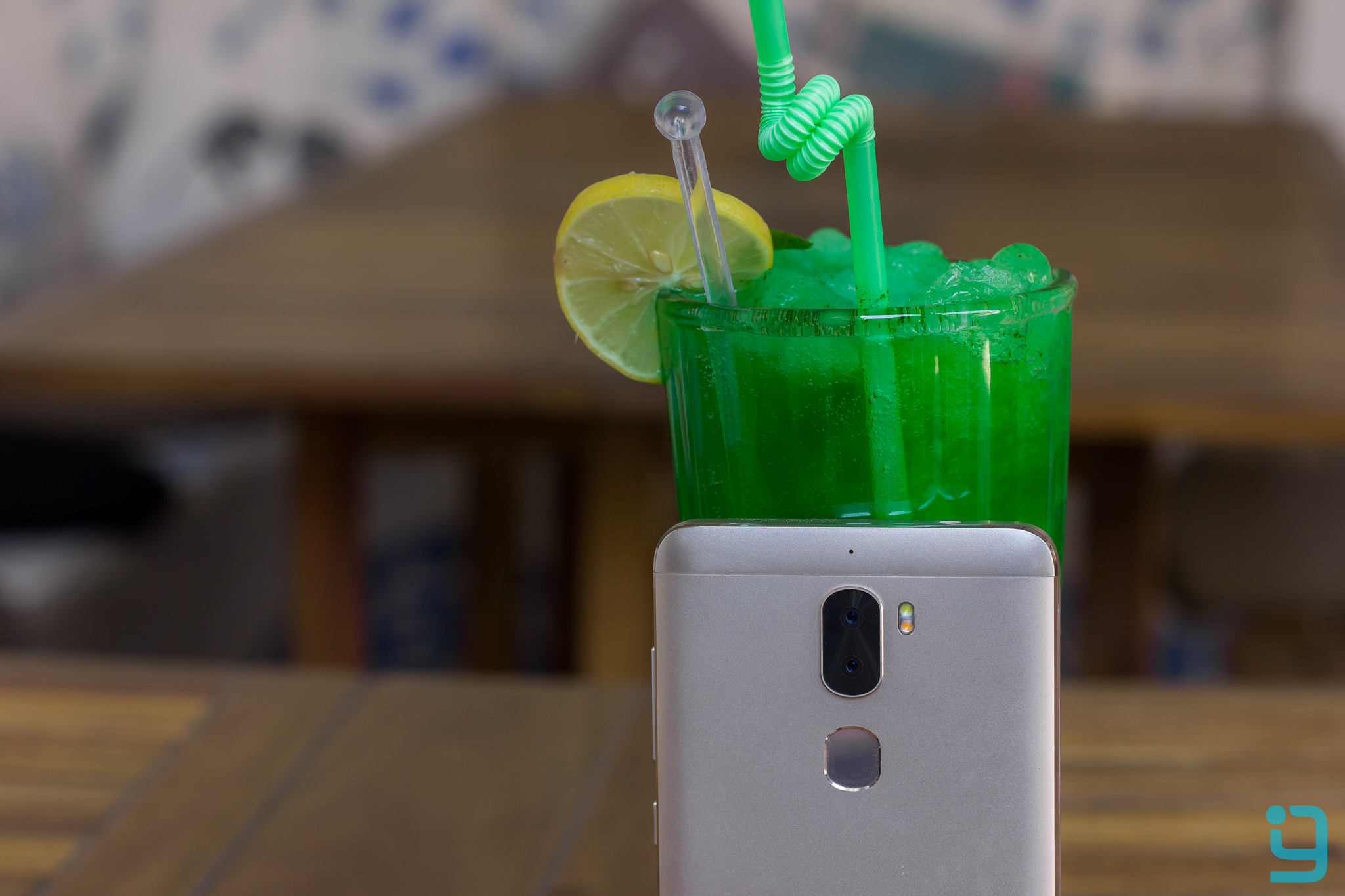 As someone’s daily driver, this phone is an impressive performer since it is powered by Qualcomm Snapdragon 652 Octacore processor backed by Adreno 510GPU. This processor has four powerful Cortex A72 cores and four power efficient cortex A53 cores. That has made this device both powerful and power efficient at the same time. Not just the processor but inclusion of 4GB LPDDR3 RAM has made this device run without a hitch even while heavy multitasking and gaming. Even in the prolonged use of camera and gaming, the phone doesn’t heat much but occasional warmth can be felt near the camera module. Even after the continuous playing of graphics intensive games like Nova and Asphalt Airborne, no stutters or drop in frame rates were ever noticed. Coming to the storage, it has 32GB non-expandable storage which might happen to be deficient in a long run. 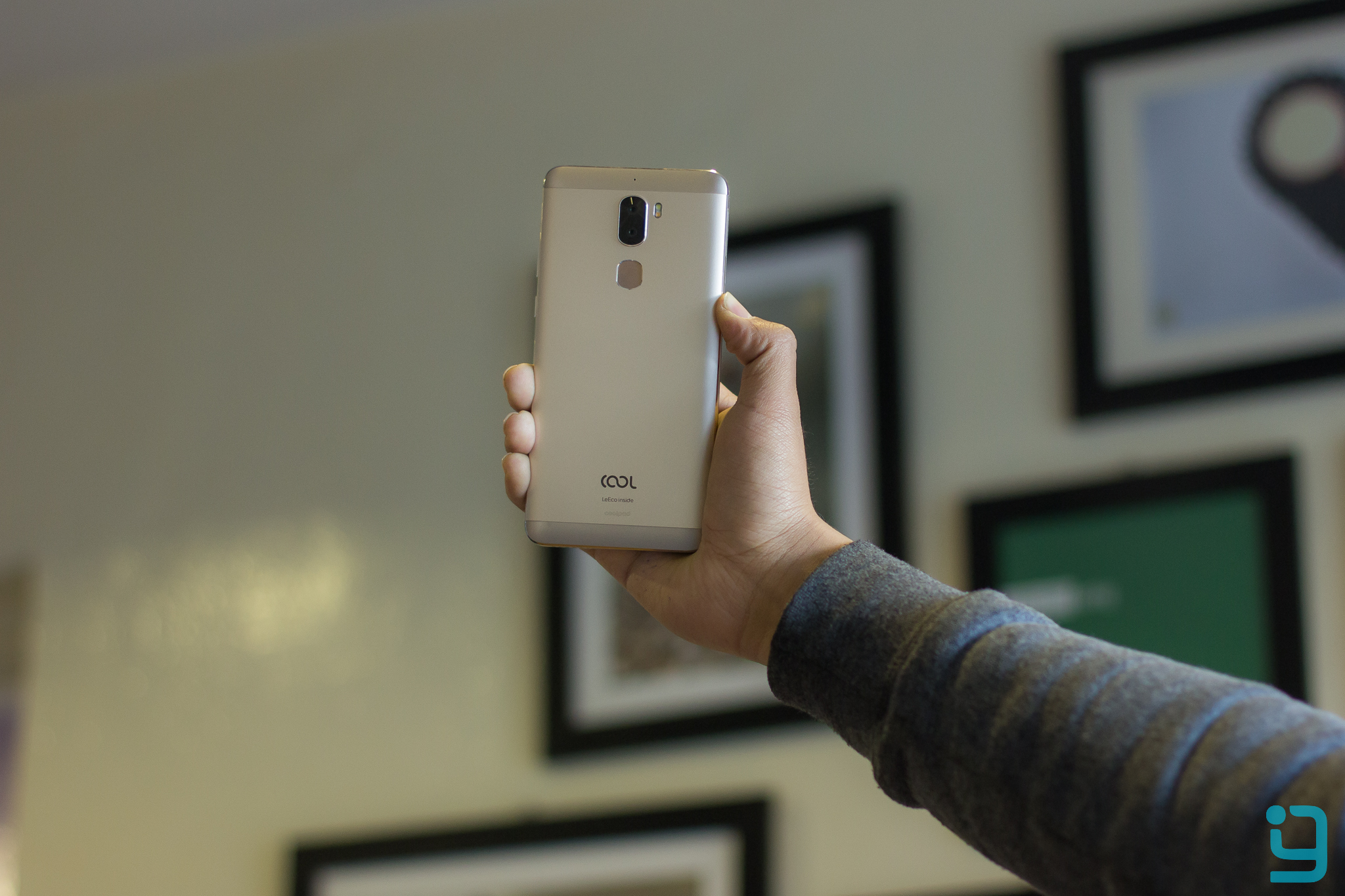 As the name suggests, the Coolpad Cool1 Dual has a dual camera lens of 13Megapixel each on its back accompanied by dual tone LED flash. One is an RGB sensor and the other is a b/w sensor. These two lenses work together to give better quality photos and aid in faster focusing as well. I tried testing when exactly this dual camera comes into play. The photos taken with single RGB lens and using both lenses didn’t have much of difference outdoors but the differences were seen in photos taken in low-light.

The camera app has different modes including an SLR mode that lets you capture portraits with bokeh effect. This artificial blur in the background is done completely by the software and while taking such photos the camera app needs some processing time before it gets ready for the next capture. Other regular photos come out decent. But under low light conditions, there are noticeable grains and even the flash doesn’t come much handy as it overexposes the subject most of the time. Coming to the videos, the rear camera is capable of shooting up to 4k videos and shoots 120fps 720p videos in the SloMo mode. But the videos that were taken handheld come out a little shaky since it has neither optical nor electronic stabilization. 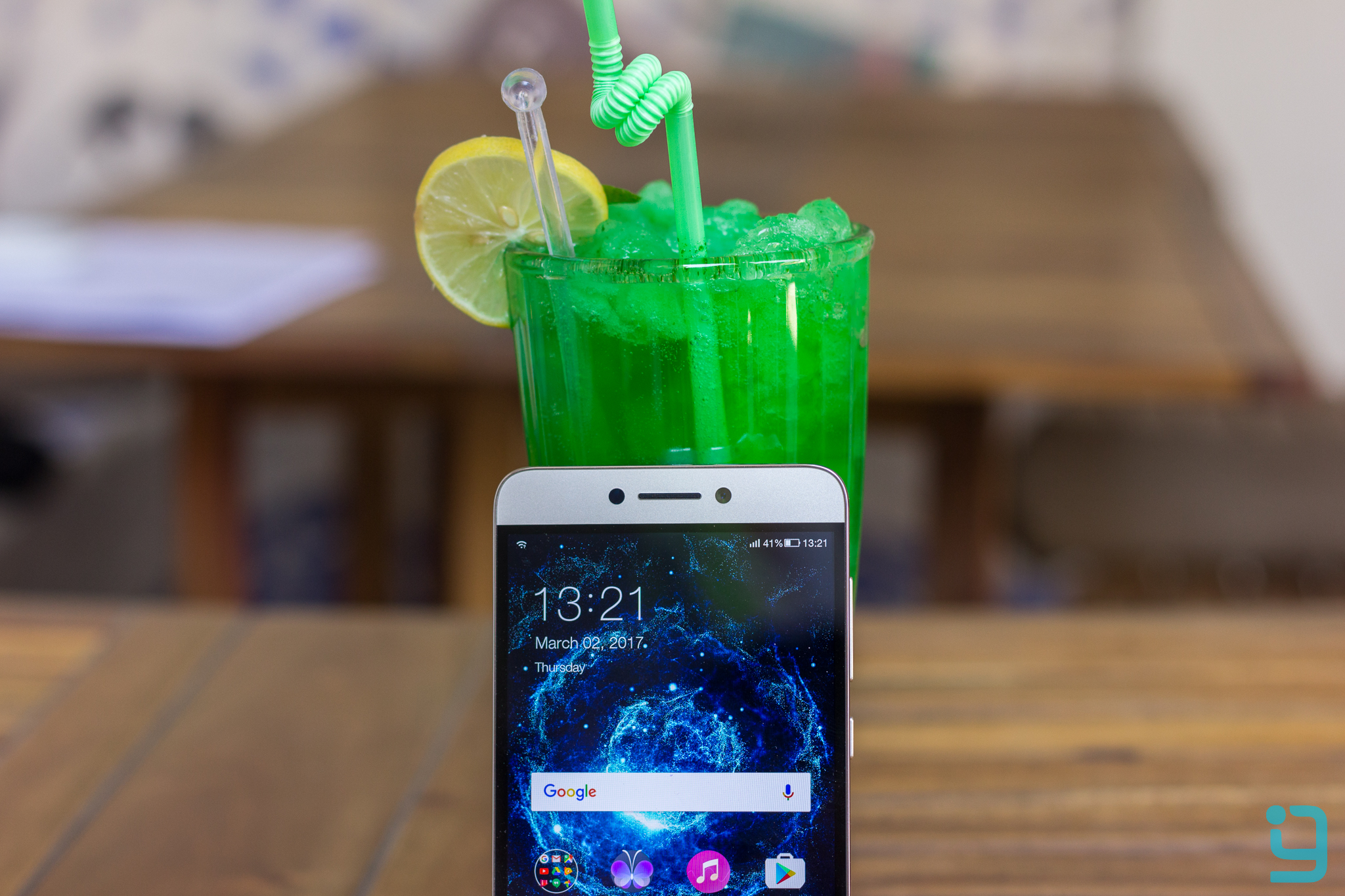 On the front, it has 8 Megapixel 80-degree wide angle lens that takes decent selfies under good lighting condition. But selfies taken on artificial lights seem to have lots of grains in them. The front is capable of shooting 1080p videos at the highest. It’ll be safe to say that it is definitely not the best selfie camera phone you can buy in this price range.

This mobile boots on Android 6.0.1 Marshmallow with EUI 5.8 layered on top. So, it has the doze mode and supports Google Now on tap. If you haven’t used a LeEco phone before the UI might look a little strange to you. This is a heavily skinned and customized UI that takes a time to get familiar with. But once, you get to know what’s where things start to get simpler and easier. I liked how the UI has been made flexible for the one-handed operation like you can swipe down from any part of the screen to drag down the notifications. The so-called “control center” that can be accessed from the recent apps also aids in one-handed operation as the quick toggles are easily reachable as opposed to those placed on top in stock android.

But that was my experience and whether you’re going to like it or not is completely subjective.

This phone has a humongous 4060mAh battery that will easily last for a full day or beyond even in heavy usage. It is the first phone out of those I reviewed lately in which battery was never an issue. I used to charge the phone at night and starting using the phone right after I wake up. After using the phone the whole day, I used to have enough juice left on my phone that let me use the phone until late night.  I could easily get the screen on time of 6-7 hours without bothering to lower brightness or disabling the haptic feedback while typing. The phone comes with different battery management feature if you want to prolong the already good enough battery life.

It even supports fast charging and the 10W charging brick comes with the phone itself. Though it supports Quick charge 2.0, the charging time was nothing as 50% in 30 minutes. However, the phone charged noticeably faster than other regular phones. This phone has a USB Type-C port so your old phone’s data cable won’t be of any use to it. 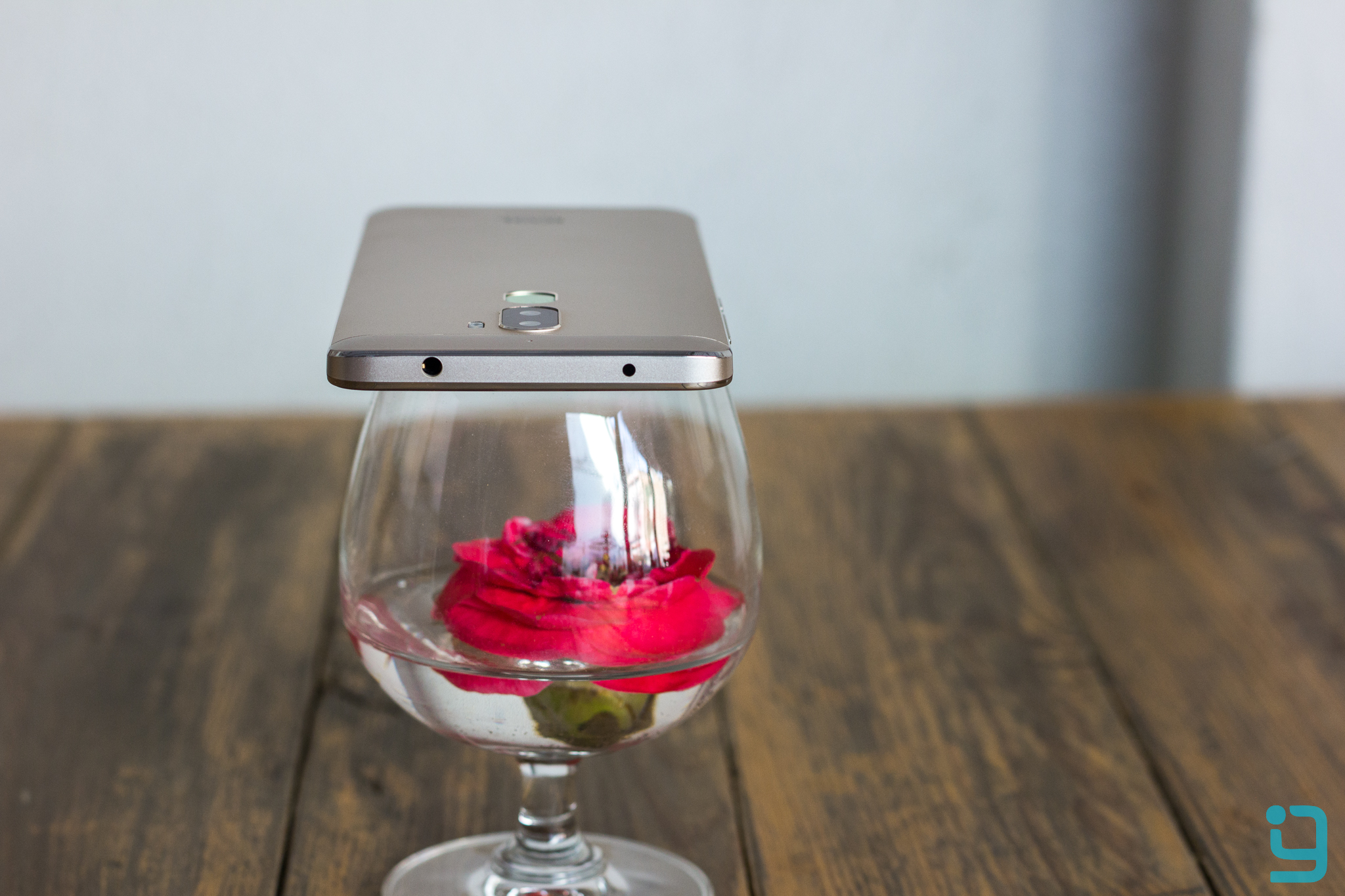 In network connectivity, it supports dual Nano SIMs and both can be of 4G network. I used both 4G SIMs on the sim tray and the mobile data connectivity was pretty stable from both the numbers. The earpiece was loud enough even while taking phone calls in the crowd. The device comes with active noise cancellation as well. The Coolpad has check listed every essential sensor in the design of the phone. To list them out, it has WiFi 802.11 a/b/g/n/ac, Bluetooth 4.1, A-GPS, accelerometer, gyro, proximity, compass and IR sensors. The rear-mounted fingerprint is not the fastest but pretty quick and accurate most of the time. Plus, this fingerprint sensor can be considered to be multifunctional one as it can be used as a shutter button while taking photos. Plus, I found it really handy to unlock my social media apps.

BEST 4G LTE SMARTPHONES IN NEPAL FOR EVERY PRICE SEGMENT

This dual Nano SIM phone that comes with all the essential sensors we look forward to having on a phone is pretty impressive. The best part is its powerful processing, promising cameras, awesome battery life and more than enough RAM. This phone would have been the best buy if it had a 64GB storage on board or a microSD card slot or a hybrid SIM tray. The non-expandable storage is the only considerable con of this phone. So, if you believe you can live with limited 32GB storage on your phone, then it certainly can be your next daily driver.