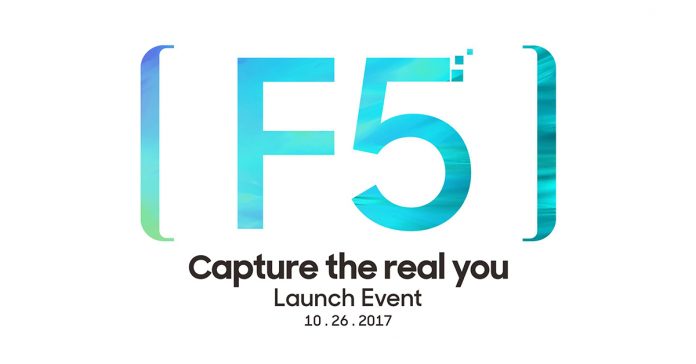 The Oppo F5 will be Oppo’s first smartphone with a bezel-less display. We can confirm that through a bunch of leaks and Oppo’s official promo for the F5’s unveiling event. We can also confirm that the phone will look a lot like Samsung’s Galaxy S8.

The Oppo F5 will supposedly share a design language with OnePlus’s unreleased 5T or the One Plus 6. And both of them will look a lot similar to the S8 including the curved edges, but that’s more speculation than a fact.

Going by the things we know, this is going to another selfie-focused smartphone. The F5’s official promo also carries the “Capture the real you” tagline which gives a very clear hint. That means a single 20MP sensor on the back and two 16MP dual cameras set up at the front. The lonely back camera will be accompanied by a flashlight and a fingerprint sensor.

The body of the phone will most probably feature a metallic finish with color options restricted to gold and rose gold. For now, the promotion is only restricted to the Philippines so the international availability is still uncertain.