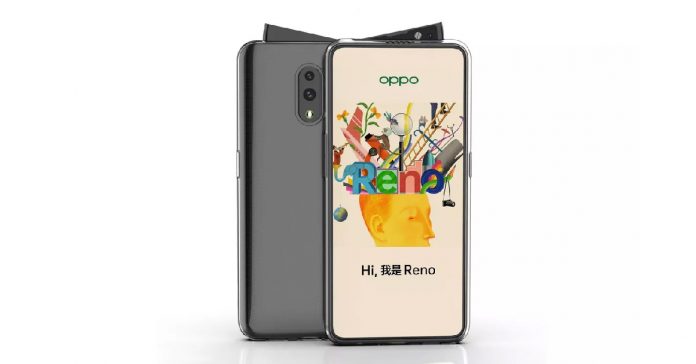 When Oppo announced its Reno sub-brand and teased the Oppo Reno smartphone with a new type of pop-up camera, everyone was awe-inspired. The handset created even more excitements among the tech enthusiasts when Oppo announced the launch date of the device. The device is slated to launch on 10th of April. Ahead of the launch, Oppo started taking pre-orders for the device. And to lure people into pre-ordering the handset, Oppo also divulged the major specs of the device on the optics front.

The smartphone will come with a triple camera setup at the back. The first and most important one of the bunch would be the telephoto camera. In MWC 2019 event, Oppo showcased the periscope style lens with a capability to capture images with 10x lossless optical zooming. And that would be the major highlight in the upcoming Oppo Reno smartphone. We recently saw Huawei pushing its optical zooming capabilities up to 5x in the Huawei P30 Pro. The feature got everyone flabbergasted. So it would be even interesting to see Oppo doing its part in that respect. Oppo is said to use a 13MP sensor for this lens. The phone will embrace 48MP Sony IMX 586 sensor as the primary snapper. With a ton of pixels in the sensor, we can expect some sharp details of the subject in the images. Lastly, there will be an ultra-wide-angle lens, which will come aboard with an 8MP sensor. The ultra-wide-angle shooter in this device will reportedly encompass the 120-degree field of view into the images.

Apart from that, the pre-order listing has also revealed the memory variants of the device. As far as the listing goes, the phone will come in three memory configurations: 6GB/128GB, 6GB/256GB, and 8GB/256GB. Even on the processor side, Oppo has made segregation. One of the devices will come with flagship Snapdragon 855 chipset, whereas the inexpensive one will flaunt Snapdragon 710. The listing also cues three color variants of the device: Black, Blue, and Green.

Oppo has still kept some of the specs under the veil to announce it in a full-fledged way in the launch event. However, Oppo revealed that the phone would come with an AMOLED panel with the 93.1-percent screen-to-body ratio on the display front. The phone will also get Android Pie out of the box. And needless say, there will be Oppo’s ColorOS 6.0 on the top.

The selfie expert is yet to flash the nitty-gritty details of the phone. However, the company boldly assured that the Oppo Reno 10X Zoom Edition smartphone will get the dual-frequency GPS. If that’s true then the handset will be amazingly accurate when it comes to the GPS tracking.