Allied Tradelink, the authorised distributor of Panasonic Smartphones in Nepal, has launched a new midrange smartphone, the Eluga Arc, for Rs. 19,990. Like the recently launched Eluga Mark, the Eluga Arc also features a fingerprint scanner on the back.

The Eluga Arc features a 4.7-inch 720P display with 2.5D curved glass and on screen buttons. It’s one of the few phones in this price range to come with a handy form factor. Moreover, the phone has a metal body and feels premium for the price tag. Under the hood, the Eluga Arc is powered by a Qualcomm Snapdragon 410 CPU that has 4 cortex A53 64bit processor cores running at 1.2Ghz. It has 2GB of DDR3 RAM and 16GB of onboard storage (9.68GB available to a user at first boot). 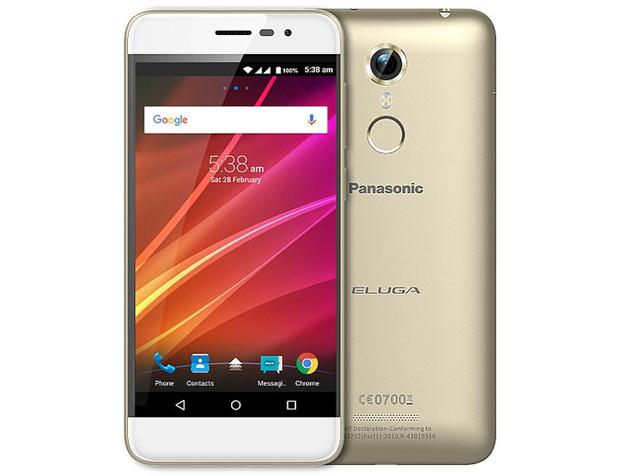 The storage can be expanded upto 32GB thanks to a microSD card slot. However, you must bear in mind the phone has a dual hybrid slot meaning you can either insert 2 SIM card or 1 SIM and 1 microSD at once. In terms of camera, the Eluga Arc houses an 8-megapixel rear camera with LED flash and a 5MP front camera. As far as battery is concerned, it has an 1800mAh battery which could not be enough for heavy users. Having said that, the phone supports quick charging 1.0 so you can expect the phone to charge faster than other traditional charging methods.

The Eluga Arc comes with 4G LTE with Voice over LTE, 3G HSPA+, Wi-FI 802.11 b/g/n, Bluetooth 4.0, IR sensor, and GPS. It is currently running on Android Lollipop 5.1 with Panasonic’s own Fit Home UI layered on top. It comes in Gold color option and is available in Nepal through retail channels.