LG’s C1 series of OLED TVs are easily some of the best TVs you can find in the Nepali market. From their sturdy, premium metallic build quality to the incomparable display of the OLED panel, the LG C1 is fantastic on all fronts. Besides binging shows and whatnot, this is also a great gaming monitor since it has a native 120Hz refresh rate and supports variable refresh rate solutions like NVIDIA G-SYNC and AMD’s FreeSync Premium. This TV runs on LG’s webOS 6.0 software which is easy to navigate and fairly well-optimized—although the home dashboard is a lot cluttered in this iteration. 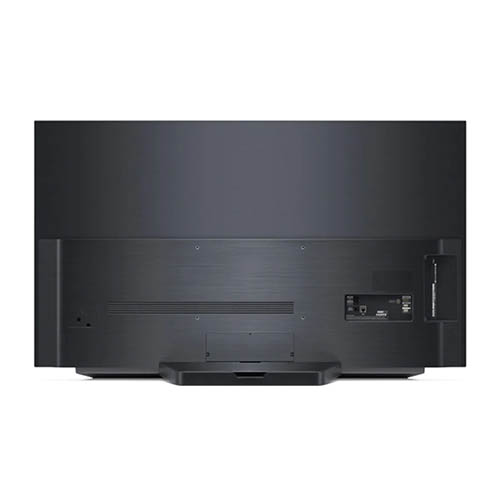 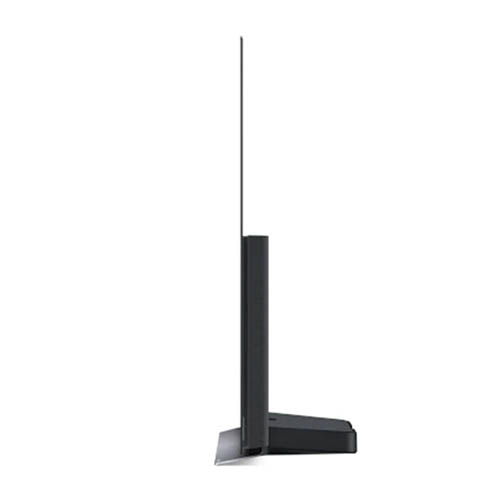 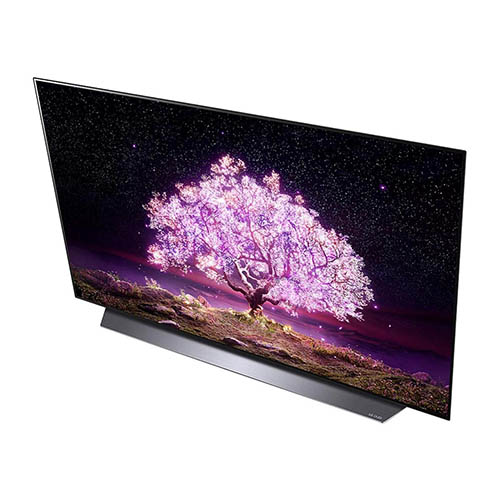 LG C1 arrives in a premium metallic build quality on the top half of the TV and the stands; while the bottom half is plastic-made. Instead of a traditional leg stand, this TV has a modern-looking center stand. Moreover, it is decorated with minimal bezels on all four sides for an unobstructed viewing experience. As for the display, the LG C1 4K TV is available in sizes ranging from 48 to 83 inches in the international market—although only the 48, 55, and 65 inches models were initially launched in Nepal. Anyway, since this is an OLED TV, you are getting inky blacks with an infinite contrast ratio here, which is something other LED TVs simply can’t manage.

The LG C1 also brings HDR standards including Dolby Vision IQ, HDR10, and HLG for the ultimate home cinema experience. For all the gamers out there, its native 120Hz refresh rate, 1ms response time, and support for NVIDIA G-SYNC, AMD FreeSync Premium, ALLM (Auto Low-Latency Mode), and HGiG means this TV is a great gaming monitor as well.

But if you’re thinking of installing the C1 in a bright room with plenty of ambient light, you might want to reconsider. That’s because OLED TVs—by their very nature—can’t get bright enough under such harsh lighting conditions. On the performance front, the LG C1 is powered by the company’s Alpha 9 (α9) Gen4 AI Processor 4K. Its features like AI Picture Pro and Scene Detection work on a scene-by-scene basis to recognize the content and optimize the overall picture quality. Moving on, the C1 runs on LG’s webOS 6.0. It supports Apple AirPlay 2 alongside a bunch of other smart home features.

The LG C1 has a twin set of 20W speakers, totaling 40W of output power. It supports Dolby Audio including Dolby Atmos and Dolby Digital/Plus whereas this TV is also WiSA-certified. This means you can connect WiSA-compatible wireless sound systems for high definition and low latency surround sound. By the way, these speakers are down-firing but installing the stand makes the audio output directed towards the viewer. LG C1 has an equally impressive set of ports as well. You’re getting four HDMI 2.1 connections in total (including one HDMI eARC). Then there are two USB-A 2.0, one Ethernet, one headphone out, one digital audio output (optical), and one RF input port. You can control this TV with LG’s Magic Remote which has a scrollable wheel and NFC support.