As the name suggests, Samsung Galaxy Tab A7 Lite is the toned-down version of the Tab A7. However, unlike the former, which was announced in 2020, the Tab A7 Lite went live in 2021. Despite being at the bottom of the barrel when it comes to Samsung’s tablet lineup, the Tab A7 Lite does not feel cheap. It has a sturdy metallic design, adds a 4GB variant, and even offers LTE connectivity. That being said, it does cut corners in other aspects. First, it brings a smaller display, a smaller battery, and cameras with reduced pixel count. 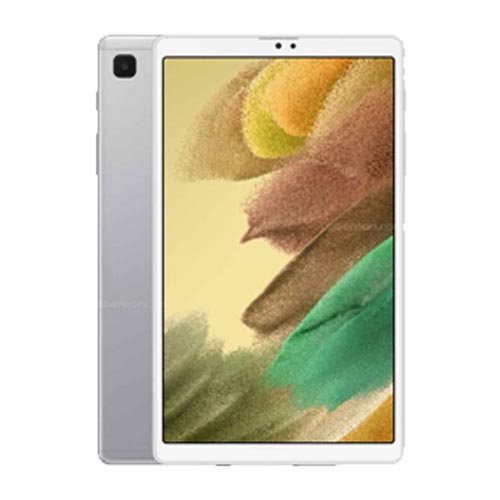 Despite being both smaller and cheaper, Samsung Galaxy Tab A7 Lite maintains the same premium look and feel of the regular Tab A7. Most of the main body is built from aluminum, whereas there is also a portion of plastic that allows the passage of cellular and Wi-Fi signals. This tablet is more lightweight at 371 grams but is also a little thicker at 8mm. It is available in Gray and White color options.

Over on the front, Samsung Galaxy Tab A7 Lite sports a smaller 8.0-inch screen. However, the core display technology remains the same. As a result, it suffers from the same issues related to brightness and colors that the Tab A7 suffered with. It also has similar bezels around the screen. However, the front-facing camera now has a portrait orientation.

Coming to the performance, Samsung Galaxy Tab A7 Lite comes with the MediaTek Helio P22T chipset. Not only is this chipset based on an older process node (12nm) than the Snapdragon 662 (11nm), but it also has less powerful CPU cores in the form of Cortex-A53. There are two clusters of Cortex-A53 cores (4+4) clocked at 2.3 and 1.8GHz, respectively.

On the audio front, Samsung has included dual-stereo speakers on the Galaxy Tab A7 Lite. There is also the option to enable Dolby Atmos.

Coming to the battery, it packs a 5,100mAh battery, which doesn’t sound much but should get you through a day of normal usage. It supports 15W wired fast charging via the USB Type-C port at the bottom. However, Samsung doesn’t include a compatible charger in the box.

Like the Galaxy Tab A7 (2022), its Lite variant features an 8MP rear camera with autofocus. There is no LED flash either. Over on the front, you only get a 2MP sensor. The tablet runs on Android 11 with Samsung’s One UI on top. It is available in two memory configurations: 3/32GB and 4/64GB. There is also a MicroSD card slot for expanded storage.