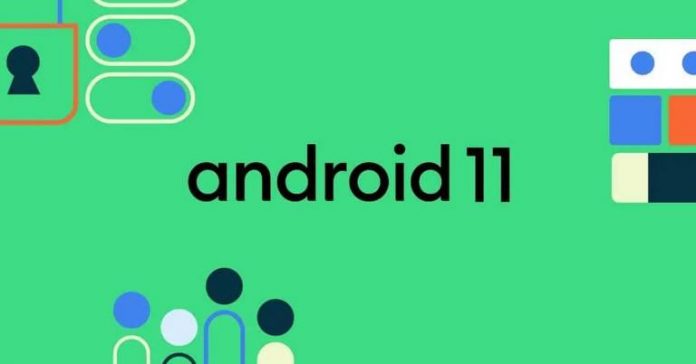 It just feels like yesterday that Google released Android 10. But in fact, it’s already been a year since the company abandoned its traditional naming scheme after a dessert, and came up with Android 10 in September 2019. The latest data from Statcounter shows that Android 10.0 has been installed in 29.04% of Android tablets and smartphones making it slightly ahead of 9.0 (Pie) at 28.19%. And just yesterday, Google rolled out the newest Android 11 update. Let’s check out what’s in store on the latest version of Android.

As expected, Android 11 doesn’t bring a major visual overhaul (well, maybe in one area but more on that later). Instead, it’s more about under-the-hood and quality-of-life changes and some genuinely helpful new features I can’t wait to try out. Google is highlighting the upgrades to Android 11 into 6 different categories.

Google has baked Facebook Messenger’s “Chat Heads”-like feature directly into Android 11 and is calling it “Bubbles”. Personally, I’ve never been a fan of Messenger’s Chat Heads so I’m not sure how I feel about Bubbles yet. Here, different messaging apps like Messages, Telegram, Messenger, etc. are bundled into a little bubble that floats on your screen. As of now, not every chat app supports this feature but that should happen pretty soon. For people using multiple messaging platforms simultaneously, this multitasking feature is definitely going to be handy. Google is calling Android 11 “the OS that gets to what’s important.” In this bid towards keeping a tight check on your precedence, the notification center now has a dedicated “Conversations” area for all your messaging apps. You can also mark certain contacts as priorities which will also show up on your lock screen in case there’s a new development in your chat history. This one’s a really well-thought-out feature I’d say.

Although Android 10 already introduced the option to enable/disable different categories of notification from installed apps, many people are still annoyed when a swarm of app notifications hit their device. In this horde of primarily unimportant alerts, one could easily miss out on new messages from someone. So, Google has found an ingenious solution against that with the separate Conversations tab.

One of the most requested features on any Android update has been the built-in screen recording. Although Google had already attempted to bring this in Android 10 as spotted in many of its Developer Previews, the company ultimately couldn’t. However, Android 11 is finally including a fully-functional screen record function, eliminating the need for a third-party app. Here, you can easily record the content on your phone’s screen, including audio (from the mic, device, or both) and screen touches for visual cues. It also has a separate quick settings tile for quick access. Android 11 also allows you to select. copy text and images from different apps with ease. Something exclusive to Pixel phones (at least for now) is that you can copy, save, and share the selected info between apps. Another new area where you can select, copy, search, and share the selected text is the recent/multitasking menu. Users can drag text from apps even when they’re on the “recent apps” screen. Similarly, the recents menu sees a minor visual overhaul as well.

Starting with Android 10, Google ditched the idea of vertical recents layout. Instead, it switched to a horizontal look. Frankly, I wasn’t a fan of this change. The card of the apps open in the memory would take up a majority of the screen with a maximum of two apps being accessible at a time. Android 11 takes it a step further. The cards are now much larger, and you’ll still have to swipe to the far left to access the “Clear All” option. Additionally, it also adds “Screenshot” and “Share” on the bottom portion of the screen. Before getting into this, I should tell you that most of the features under “Predictive Tools” in Android 11 are exclusive to Pixel devices. Predictive texting has been a thing in Android for a while now. Yet in the latest update, Google has worked to make it a lot better, and thus, Gboard now gives much better suggestions including both text and emojis so that you don’t have to type out/speak the whole thing.

Another Pixel-exclusive feature is app suggestions. Depending on your usage pattern and routine, Android 11 will automatically suggest you apps on the bottom row of the home screen that you may want to use. Finally, the “Smart Folders” feature gives users the name suggestion for folders based on the type of apps included in them.

Under this, Google says that it has greatly improved “Voice Access” in terms of ease and speed in Android 11. Using this, people can access menus, make selections using their voice instead of physical interaction with the phone. Available in English, Spanish, German, Italian, and French language, this feature now works in offline mode too.

Furthermore, Android 11 also includes a talkback braille keyboard using which you can type braille without requiring any additional software. Further assisting the visually impaired on the new version of Android is “Lookout” that has two new modes – Scan Document and Food Label. With this, people with low vision or blindness can still know what their document or food entails.

Seamless control of all the AIoT products in your home using just your phone is another exciting new feature on Android 11. For this reason, Google has entirely revamped the power menu. The now drab-looking panel for powering off or restarting your phone has been replaced with a new design that takes up the entire screen. Accessing it is the same as it always has been (by long-pressing the power button) but you get a whole lot of options to play with. The top portion includes the regular Emergency, Restart, and Power menus while the middle area is the home to Google Pay and other NFC bank cards that you’ve added. Finally, the bottom portion holds an easy control center for your smart home devices like a lamp, thermostats, etc. Moving on, media controls have been tweaked on Android 11 too.

Instead of taking up a large screen real-estate on the notification center, all the media playback apps now sit on the Quick Settings menu. You can also swipe through these apps for better control. On top of this, there’s also an easy way to switch between different audio output devices like Bluetooth speakers, TWS earphones, etc. to control the device that your phone’s media plays on. Android Auto is also fully wireless starting on Android 11 (but requires 5GHz WiFi connection). Bluetooth airplane mode also sees a quality-of-life improvement as BT headphones or hearing aids will now remain connected to the phone even when you enable Airplane mode.

Google doubled down on user privacy starting Android 10 with stricter and more transparent privacy policies. It introduced options where users can specify how and when different apps can access the phone’s resources like camera, storage, microphone, etc. The company is introducing “One-time permissions” in Android 11 on top of “while in use” access in Android 10. With this, an app would have to ask for the required permission every single time it is launched. And when you deny certain permission several times, that app will be blocked from asking for it altogether.

Your phone will also automatically reset previously granted sensitive permissions, in case the apps haven’t been used in a while. “Project Mainline” for shipping security updates and privacy fixes via Google Play Store was introduced in Android 10 with 13 Mainline modules. Here, Google has mandated 12 additional Mainline modules taking the total to 25. Google Play System Update (GPSU) is downloaded & installed simultaneously and the phone will resume right after boot after rebooting for the update. Furthermore, apps with storage permission will only have limited access to the shared storage for better data protection.

Besides these major updates, there a lot of smaller improvements too. As far as I can remember (which is Android 2.3 Gingerbread), Google has sneaked in a certain easter egg in every forthcoming iteration of Android. Android 10 had “Nonogram” which I still haven’t figured out completely, to be honest. Now, Android 11 brings a familiar easter egg which is the “Neko Atsume”-like mini-game we first saw in Android 7 (Nougat).

To access this, select the “About Phone” menu under the settings and tap the “Android version” menu repeatedly (I’m assuming 8 times based on past trend). This will take you to the Android 11 dial that you’re gonna have to switch up a couple of times to unlock the “11” logo. Then, head on down to your power menu and from the three-dot cog, select “Add controls” then “See other apps”. This is where you should see the “Cat Controls” option. Kinda elaborate, but I don’t mind.

Google has already started rolling out the Android 11 update for the entirety of its Pixel phone lineup excluding the first-gen Pixel and Pixel XL from 2016. Similarly, it is also available (but in Beta stage) to select OnePlus, OPPO, Realme, and Xiaomi smartphones. These include: