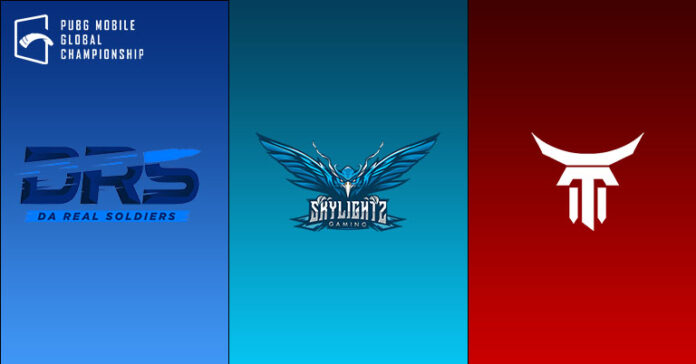 The PUBG Mobile Global Championship (PMGC) 2022 is live with the League matches starting from November 10, 2022, at 10:45 (UTC + 0). The two-month-long event will begin with 48 teams among which three teams DRS Gaming, Skylightz Gaming and Trained to Kill (T2K) hail from Nepal. Continue reading to learn more about it.

The PUBG Mobile Global Championship is following a new league format this year with matches taking place in four stages. The 48 teams have been divided into three groups Red, Yellow, and Green. Each group has 16 teams. As for the Nepali teams, DRS Gaming will compete in Group Red, Skylitz Gaming in Group Green, and T2K is a part of Group Yellow. The PMGC 2022 Group Stage will last from November 10 to November 27. Each of the teams will play in a certain week with 4 matchdays a week. One matchday will have 6 games making a total of 24 games per week. At the end of the stage, the top 3 teams will advance to the Grand Finals. While the bottom 5 teams will face elimination, the rest will advance to the Survival Stage.

The Survival Stage will start on November 30 and last 3 days. The 24 teams from Group Stage will be divided into 3 groups. A total of 18 matches will take place in a Round-Robin format. As a result, the top 16 teams will advance to Last Chance.

The 16 teams will then compete in the Last Chance for a shot at the Grand Finals. However, only the top 4 teams will qualify. Qualifying teams will be decided from 12 matches.

The PMGC 2022 Grand Finals will take place in Jakarta, Indonesia from January 6 to January 8, 2023. A total of 16 teams will compete in the event. Besides the 13 teams that qualified from the previous stages, 3 additional special invitees will play as well. Two confirmed invitees are Alter Ego Limax and Team SMG.

The PUBG Mobile Global Championship 2022 has a prize pool of USD 4 million. Surprisingly, this is a downgrade from last year’s USD 6 million prize pool.