After the premium 7 and 8 series, Qualcomm has now taken the wraps off the latest 6 and 4 series of smartphone chips. The newly announced Qualcomm Snapdragon 6 Gen 1 and 4 Gen 1 follow the company’s latest naming convention and are targeted at the mid-range and budget market, respectively. So, let us look at what the new chips from Qualcomm are capable of.

We will start with the Snapdragon 6 Gen 1 which will power the mid-range phones of 2023. The new chip replaces the Snapdragon 695 5G and is built on a 4nm process. Qualcomm has not specified if it is Samsung or TSMC which is making the chip.

Likewise, the graphics are also said to have been improved by 35%. However, Qualcomm has not spilled much detail about it. For the first time, Qualcomm is now offering LPDDR5 RAM compatibility on its 6 series of chips. 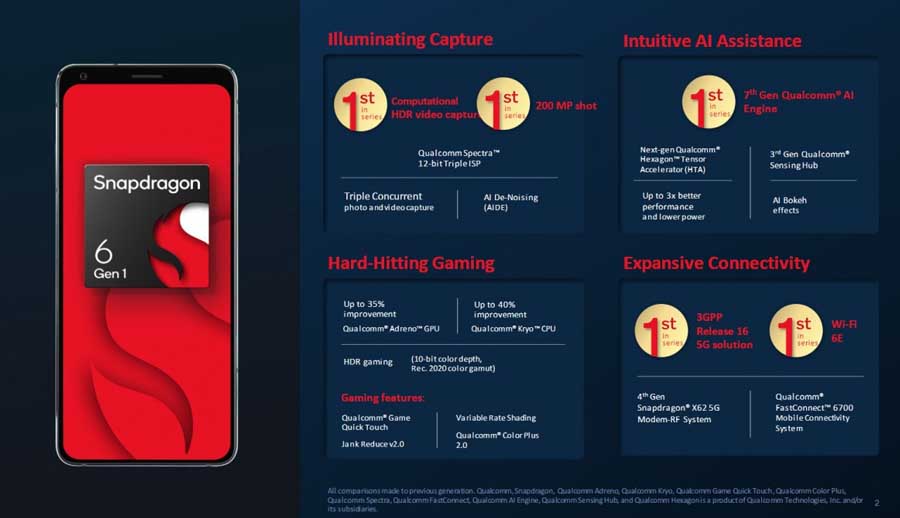 On the photography front, Snapdragon 6 Gen 1 still has a similar triple ISP as its predecessor with support for up to 108MP cameras. That being said, it now supports computational HDR and can process 4K HDR videos at 30fps.

Moving on, Qualcomm has also made changes to the AI engine. The 7th Gen AI Engine boasts three times the performance of the last gen with a special focus on AI-based tasks. Qualcomm has even upgraded the wireless connectivity module on the Snapdragon 6 Gen 1. The chip integrates the Snapdragon X62 modem with support for sub-6 and mmWave 5G bands.

Also, the use of Qualcomm FastConnect 6700 means the Snapdragon 6 Gen 1 is the first chip in the series to support tri-band Wi-Fi 6E connectivity.

Motorola has already confirmed that it will be using the Snapdragon 6 Gen 1 in one of its upcoming mid-range smartphones. However, it is not clear which phone the company is referring to and but it will be launching on Q1 of 2023.

There are no details about the new GPU but Qualcomm says it is 10% better than its predecessor. There is no change in the memory controller so budget smartphones in 2023 will still be shipping LPDDR4X RAM. Moving on, the triple ISP can now support a maximum resolution of up to 108MP, almost twice what its predecessor is capable of. 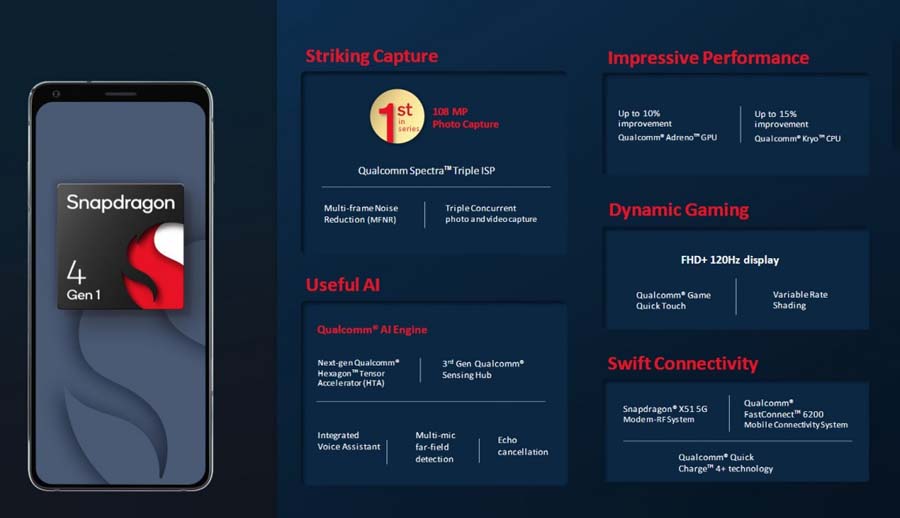 The upcoming iQOO Z6 Lite will be the first commercial smartphone with the Snapdragon 4 Gen 1 chip. It is expected to go official three weeks from now.