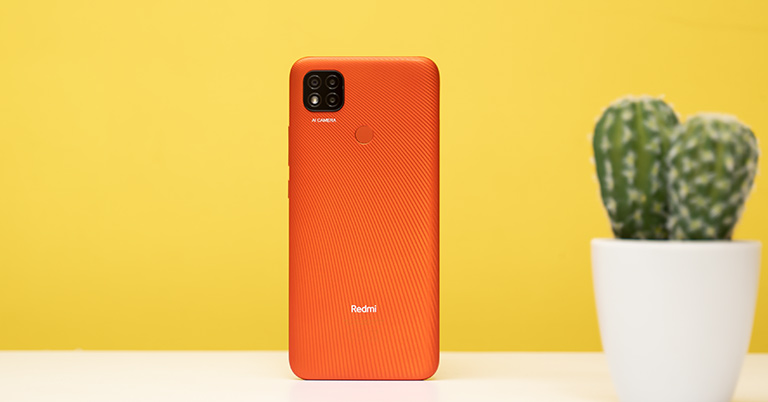 It’s a story like every other. Xiaomi has remained unbeatable in the budget and mid-range smartphone segment in Nepal when it comes to pricing. Time-and-again, Xiaomi phones manage to take the top spot in our pick for best devices under different price ranges. And here, the Redmi 9C is yet another fine addition to the company’s lineup of budget smartphones. Let’s discover more about the Xiaomi Redmi 9C in this review.

Now, being a budget device, the display here is nothing extra. It’s an LCD HD+ panel with 270 PPI. Good thing is that it’s a big screen, so even budget users get to enjoy the perks of a huge display. About the quality of it, you will notice that videos look a bit on the softer side, but the colors are natural. 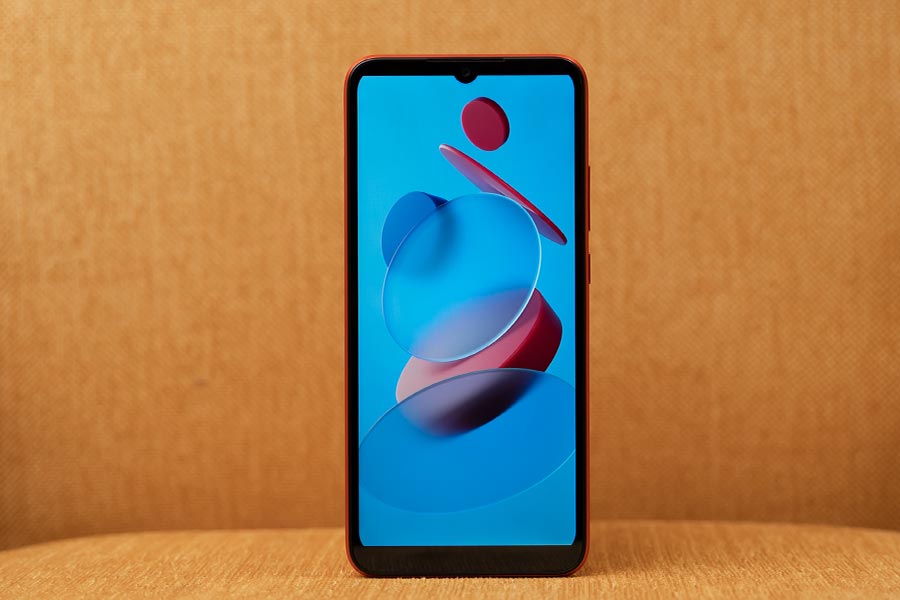 So, it’s good enough for viewing content. Redmi 9C’s display is sufficiently bright too even for outdoor usage. During the review, I compared the display of Redmi 9C against the Infinix Hot 9 Play. As it turns out, the former is not as bright as the latter. But that’s just me nitpicking. Overall, it’s a good display for the price.

The design of the Redmi 9C speaks “budget” with the entire phone being made of plastic. It has this textured design that helps prevent smudges on it and the phone is well built too. Its big form factor does not make it suitable for one-handed usage but it’s not one of those “uncomfortable to hold” phones, so I am okay with that.

The square-shaped camera module at the back looks different in a good way and you have a fingerprint sensor below it, which as I stated earlier is the only thing that differentiates this phone and the Poco C3. The sensor does a good job but the thing is it’s weirdly smaller than other sensors that we are used to seeing. But again, it’s not that big of a deal I guess. I have this “Sunrise Orange” color variant of it which I am not a huge fan of. I prefer subtle color options, but this one’s definitely good for someone who is into vibrant colors on smartphones. On the top you get a headphone jack and down below you have a speaker grille, a microphone, and a micro USB port.

Considering its budget nature, I do understand Xiaomi’s choice for a traditional micro USB port. I just hope in 2021, all devices shift to USB-C, once and for all. And by the way, you get a dedicated slot for SIM and microSD card here which is a good thing.

Talking of performance, we get the entry-level Helio G35 manufactured on a 12nm process coupled with PowerVR GE8320 GPU. I have the 3GB RAM version which did not bug me for my everyday social media and general usage. For gaming though, the entry-level PowerVR GE8320 does not run demanding games like PUBG very well even in the most basic of settings. 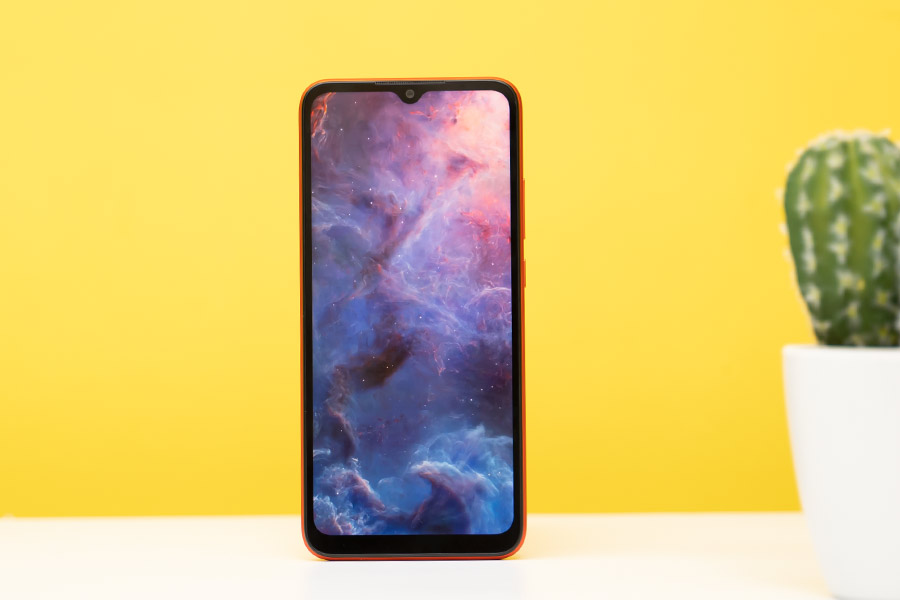 So, I switched to PUBG Lite and got a much smoother experience with the graphics set to smooth and extreme frame rates. Having said that, COD is playable in low graphics and high frame rates without much frame drops. But if you are someone who only involves in light gaming, this phone will fare you well.

Onto the software side of things, Redmi 9C runs on MIUI 12.0.5 based on Android 10. And although it’s appreciable that Xiaomi is shipping this device with its latest software, MIUI 12 feels a little heavy and overpowering on this phone. You can feel the phone lagging when you open the control center and navigating around the phone seems a little slow too, especially when using it after some idle time.

Yet, Xiaomi does give you the option to change the control center to its previous version by going to the display settings. And the good thing is that Redmi 9C is already running on September’s security patch and I hope for faster updates in the future too. Like with the majority of budget and mid-range Xiaomi phones, you are greeted with unpleasant ads in the UI and default apps. You don’t have the option to turn it off altogether but you can always use other third-party apps if the ads in default apps feel annoying to you.

Now, let’s talk about the cameras of the Redmi 9C. You get a triple camera setup at the back consisting of a 13MP primary, a 2MP depth, and a 2MP macro sensor and for the price, these sensors definitely do justice, except for the macro lens.

But of course, I think a macro sensor is not a necessary addition, to begin with.

Then again, if you like to play around with macro cameras, this one is strictly average.

With good lighting, the primary camera images look natural, sharp, and have good contrast in them.

Also, I found its dynamic range to be better than the Infinix Hot 9 Play which I had used previously.

In fact, I found the portraits on the Redmi 9C to be better than the Hot 9 Play in edge detection and exposure in subjects.

Redmi 9C’s front houses a 5MP selfie camera. Like with the back cameras, the selfie camera also works well in good lighting.

Edge detection in portrait selfies is not that good but serves the purpose nonetheless.

About videos, being a budget device, you are limited with the 1080p 30fps option and the video quality is okay enough for casual usage.

Getting to extras, as I said in the beginning, you get a rear-mounted fingerprint sensor that works well. Surprisingly, the AI face unlocking works well too even in low light conditions, although it takes 2-3 seconds to register and unlock. 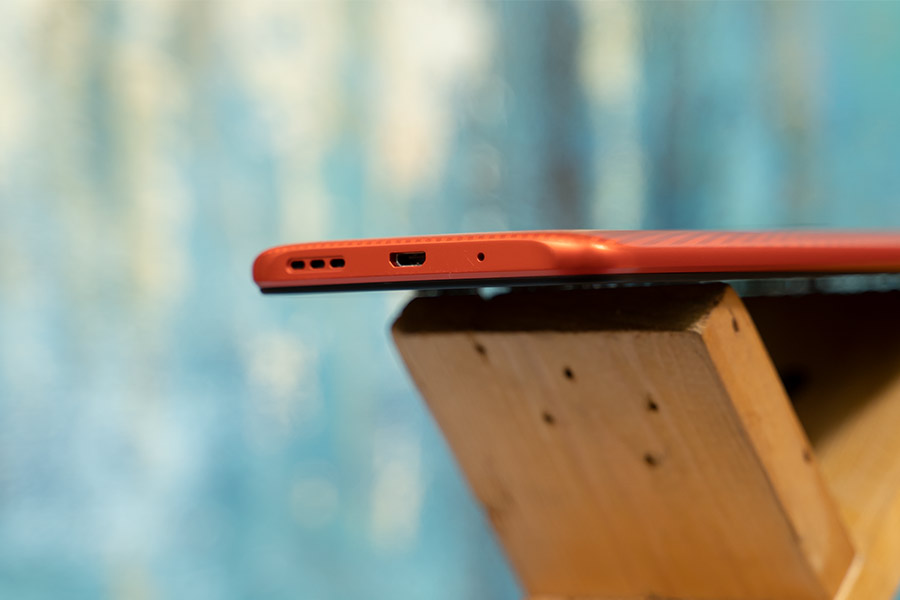 On a different note, the audio from this device is okay for gaming and video streaming, but the same cannot be said for listening to music as the audio is not that balanced and pleasing. Having said that, the audio is good enough for making calls.

I am fond of the battery life of Redmi 9C too. With a low-power CPU and an HD display, I got about one and a half days of endurance with my usage consisting of a lot of social media use, streaming, and light gaming. However, the phone will take a good 3 hour time to fully charge with its 10 Watt charger which can be a pain sometimes.

The Redmi 9C is a good budget option in my opinion—a verdict I’ve reached after weeks of testing for this review. Considering its budget nature, it gives everything in moderation, a good enough display, a design that you can barely complain about, an enduring battery, and good cameras for casual usage. I would advise you to go for the 3GB RAM variant to ensure good performance in the long-run too!