Home Redmi Redmi A1+ with MediaTeK Helio A22 launched in Nepal 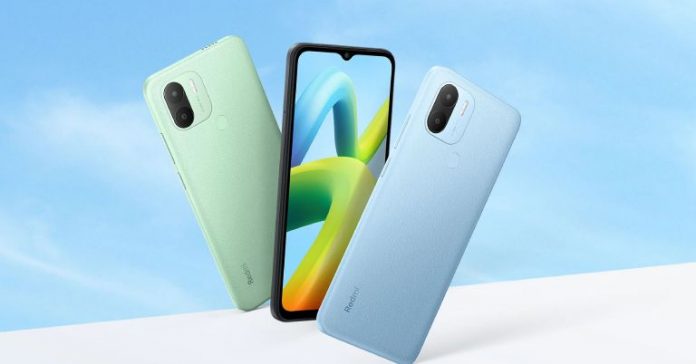 Xiaomi announced its budget Redmi A1 smartphone last month. The company has now made its plus’ variant available in the global market. And it is now available in Nepal as well. So, let’s look at the specifications, features, availability, and official price of the Redmi A1+ in Nepal.

The Redmi A1+ has the same visual looks as the Redmi A1. That means the back will have a leather-textured design with a dual-camera setup. Even the color options that are, Light Green, Light Blue, and Light Black, are the same. The only difference between these two smartphones is that the plus model has a fingerprint scanner on the back.

Furthermore, the A1+ has a 6.52-inch LCD screen. And, as one would expect from an entry-level device, it has an HD+ resolution and a waterdrop notch for the selfie camera.

The smartphone is powered by the same MediaTek Helio A22 processor as the Redmi A1. It comes with 3GB of LPDDR4X RAM and 32GB of eMMC 5.1 storage. The latter can be expanded up to 1TB with a microSD card. On the software front, it includes an Android 12 Go edition with a stock UI experience.

Furthermore, the Redmi A1+’s camera setup includes an 8MP primary lens on the back, as well as an auxiliary lens. It has a 5MP sensor on the front. Both the front and rear cameras can record 1080p videos at up to 30 frames per second. A 5000mAh battery with 10W charging power keeps everything up and running. The Redmi A1 Plus, like the Redmi A1, charges via a micro-USB port. A 3.5mm headphone jack is also included.

As a budget handset, Xiaomi has omitted some important sensors such as proximity, gyro, and compass, instead opting for an accelerometer sensor.

Redmi A1+ Price in Nepal and Availability