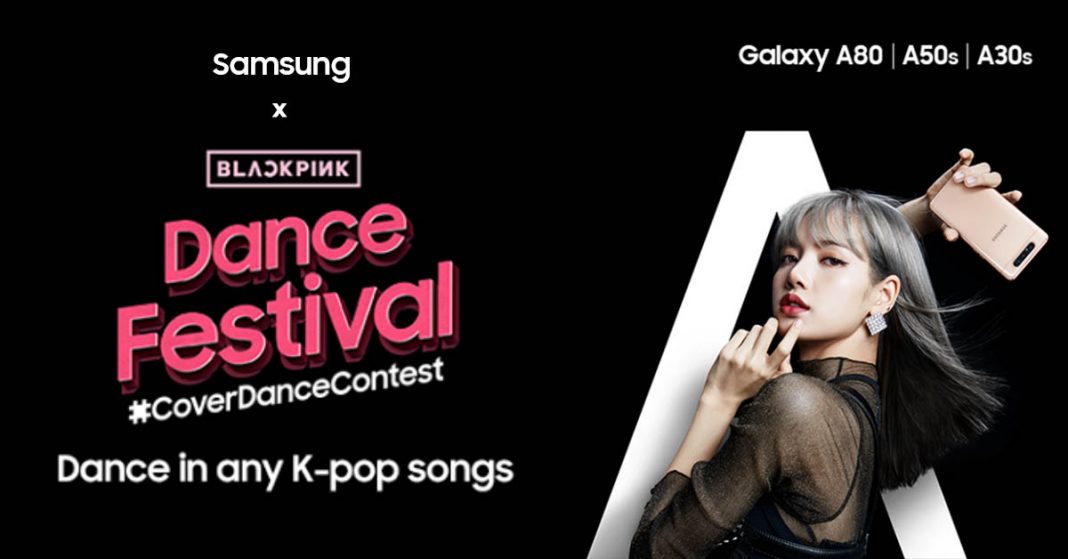 If the global music scene keeps you on your toes, chances are slim that you haven’t heard of K-Pop. The music genre that originated in South Korea in the early 90s, has taken the world by storm ever since it caught-up with the mainstream culture. It has crossed boundaries and that has resulted in an enormous fanbase appreciating the music-style. This global wave of K-Pop music hasn’t left Nepal untouched. The genre has lots of people, especially teens, following it despite being relatively new to the domestic scene. If the category of people I’m talking about includes you or your group, there’s a piece of good news for you; Samsung’s official Facebook page has announced the Samsung Blackpink Dance Festival – a cover dance contest for the K-pop fans in Nepal. Well, it was about time that they hit you with that “ddu-du ddu-du du”.

To participate, you simply need to record a 10 sec to 1-minute video of you or your group in a K-Pop song and submit it on the designated email of the campaign ([email protected]). Don’t take the campaign title too strictly, you can choose to dance on songs of K-Pop artists other than Blackpink if you aren’t that big fan of the ddu-du ddu-du du stars. The contest started on the 4th of December and will end at 5 pm, December 20. So you need to hurry if you don’t want to miss the deadline. Mind that the video must be submitted unedited, raw, and uncut and it should in MP4 format. Anything other than the specified will disqualify you from the contest.

You are also required to like both the official Samsung page and the contest post to be eligible. Additionally, the contest post must also be shared publicly with hashtags: #SamsungCoverDanceContest #ReadyForLive.

Further terms and conditions have been specified in the contest page itself. Through this contest, 10 lucky winners will receive exciting gifts hampers from Samsung that are worth more than NPR 5000. They will get a chance to perform in a grand event that the company is going to organize as the second stage of the contest. The event is going to be held in Kathmandu on December 28, which will be hosted on Silver Oak Banquet and Events Center, Gairidhara.

Also, three lucky participants from the top 10 will receive Samsung Galaxy A smartphones. The prizes include Galaxy A80, Galaxy A50s, and the Galaxy A30s.

If you love K-Pop and miss out on this opportunity, you can still participate as an audience in the grand event. It will be hosted among more than 400 audiences. Samsung has stated that it has arranged gift hampers for people who will arrive at the grand event in costume reflecting K-Pop culture.

Since the contest was announced and is being held on the Samsung Nepal’s official Facebook page, the winners will also be announced through the page. The top ten contestants of the Samsung Blackpink Dance Festival will be announced on December 22.