Home Samsung Samsung Galaxy A04 Core renders leaked; to be powered by Exynos 850 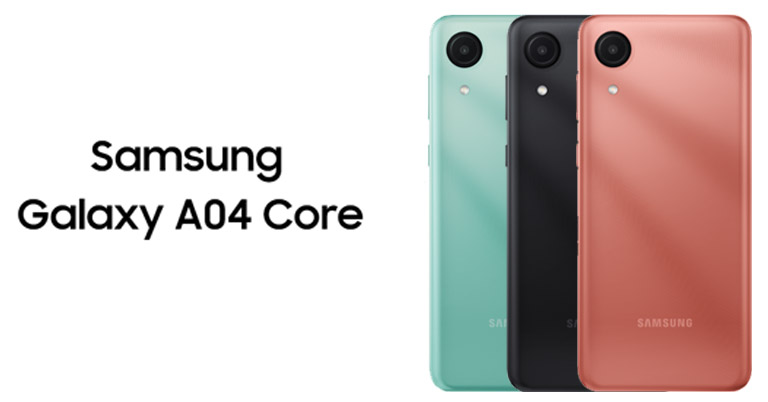 Samsung is reportedly working on a successor to the Galaxy A03 Core, which was announced last year. While no official announcements have been made yet, the first renderings of the device have been making rounds on the internet. This article will walk you through the leaks and rumors around the Samsung Galaxy A04 Core.

The initial renders of the device were made official by Winfuture.de. Its design appears to be almost identical to that of its predecessor in the images.  The device’s rear is made of polycarbonate and has a matte finish. There’s also a single rear camera and an LED flash.

On the front will be a 6.5-inch HD+ resolution screen with a teardrop notch and thick bottom bezels. The volume rocker and power button are on the right side of the handset, and there is no fingerprint scanner on the back or side.

The leaked image of the Galaxy A04 Core shows it in three different color schemes: Black, Green, and Copper.

In terms of performance, the device is expected to arrive with an Exynos 850 chipset. It is built on an 8nm node, as opposed to Unisoc’s 28nm chipset on the A03 Core. As a result, it should bring significant battery improvements.

In addition, it will be powered by a 5000mAh battery. Software-wise, the A04 Core is likely to boot on Android 12-based OneUI 4.1. Besides this, it should inherit most of the specs of the A03 Core, such as an 8MP rear lens and a 5MP selfie camera.

The Galaxy A04 Core has no official release date just yet, although it is likely to arrive later this month or in July.