Home Android Google rolls out Android 12: Here’s the list of devices getting the... 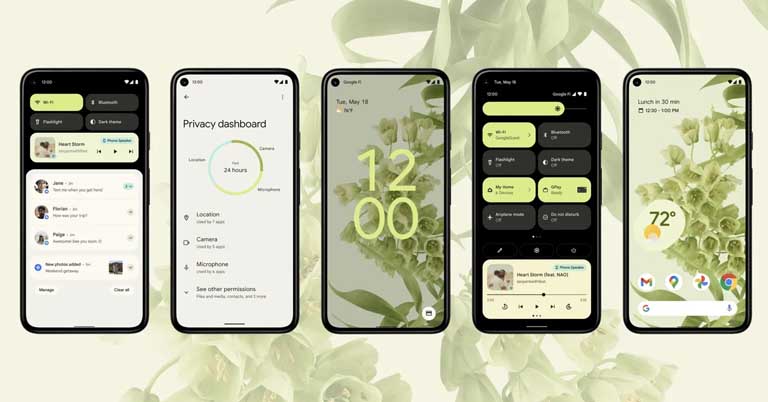 Google officially unveiled Android 12 on May 2021 at the Google I/O developer conference. Now, after series of beta releases, Google has finally rolled out the stable version of Android 12. The tech giant is pushing its latest-gen Android to its Pixel devices starting today.

Google has launched the first public beta version of Android 12 for its own Pixel lineup and other OEM smartphones. The twelfth major release of Android has the most significant interface update in the history of the platform, with bigger, rounder buttons, smoother animations, and battery-saving performance.

Sameer Samat (Vice President of Android, Google Play) defines Android 12 as “the biggest design change in Android’s history,” and we feel the same.

The personalization features introduced in Android 12 can give your smartphone the best look they deserve. The latest update includes a feature called “color extraction”. It allows you to fully personalize your phone with a custom color palette and redesigned widgets. However, for the time being, the feature is only available on Pixel smartphones. 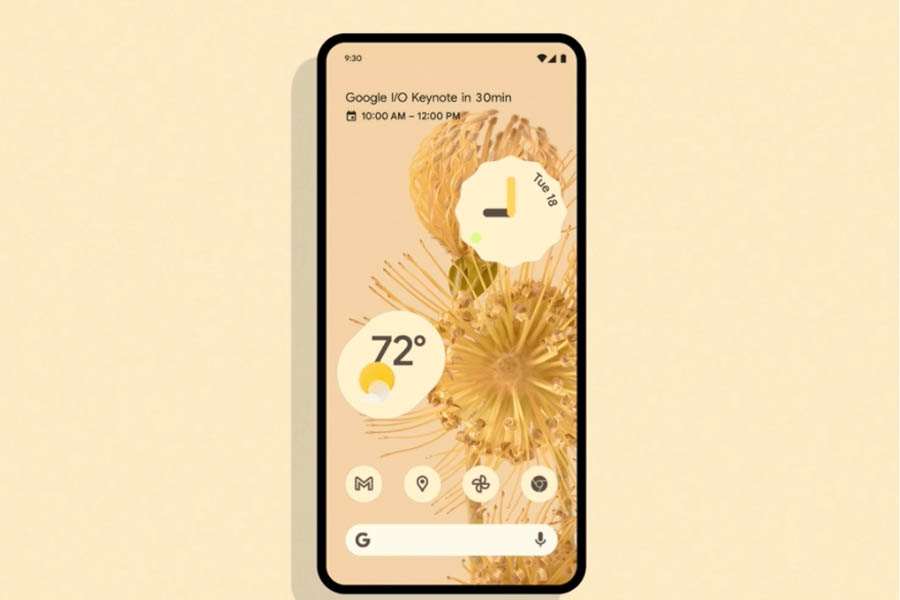 Here, the system analyzes the color pattern of your phone’s wallpaper and evaluates the primary and complementary ones. It then updates the color of the entire UI, including the notification shade, lock screen, volume controls, widgets, and many more.

Furthermore, the new design language is called “Material You” where all the refinement is possible due to the parallel work of software, hardware, and Material Design teams.

Besides fancy colors, the design element is the next most visible change in Android 12. The buttons are big, squarish, and bubbly, which has a significant impact on the overall look and feel of the device. However, the app and widgets will take up more room; and you will end up with only a few menus on the screen.

Moving on, the animations are now more fluid and efficient. Every tap, swipe, and scroll will respond to your touch in a smooth motion. Google says it was achieved with several under-the-hood improvements. These modifications aim to speed up the handset and save battery life by reducing the CPU time required for core system resources by up to 22% and the use of big cores by the system server by up to 15%.

Android 12 is expected to deliver better transparency over the data as well. For this, Google has triggered three main sensors – location, camera, and microphone. Users can now see a green indicator on the top right of the status bar that contains the sensor (microphone and camera) information that applications use.

In addition, there are two new toggles in quick settings which let you turn off their access to the entire system.

Similarly, Android 12 introduces a feature called “Approximate Location,” which allows you to set your coordinates with less precision. With this, apps have limited data about your exact location. Google says it could be useful for software like the weather app.

Additionally, Google is developing an AI-focused privacy feature called “Android Private Compute Core“. As per the company, it will allow the development of new technologies that are private by default, limiting your sensitive information to the phone.

Aside from that, Private Compute Core will contribute to features such as Live Caption, Now Playing, and Smart Reply. It keeps both audio and language encoding on your device, offering you more privacy.

Here, we’ve compiled a list of confirmed devices that will receive the Android 12 update.

To note, apart from the aforementioned devices, OEMs will be adding other phones to their Android 12 update schedule as well. We’ll update it once the respective brands confirm it on their end.