Seems like Samsung has finally launched the smartphone we all wanted. The Samsung Galaxy J2 Core runs on an Android Go at its core. With features that you usually get at the same price points, this one should perform significantly better thanks to the software optimizations. Priced at Rs 11,690, this smartphone might finally enter Samsung to the entry-level smartphone market with a device it can actually be capable of competing with.

For starters, the Samsung Galaxy J2 Core comes with a 5 inch 540 x 960 pixels 16:9 display. I didn’t see the AMOLED tagline mentioned anywhere, so we are not sure just yet. The smartphone comes equipped with an Exynos 7570 SoC, a QuadCore 1.4GHz CPU paired with just 1GB of RAM and 8GB of expandable storage. 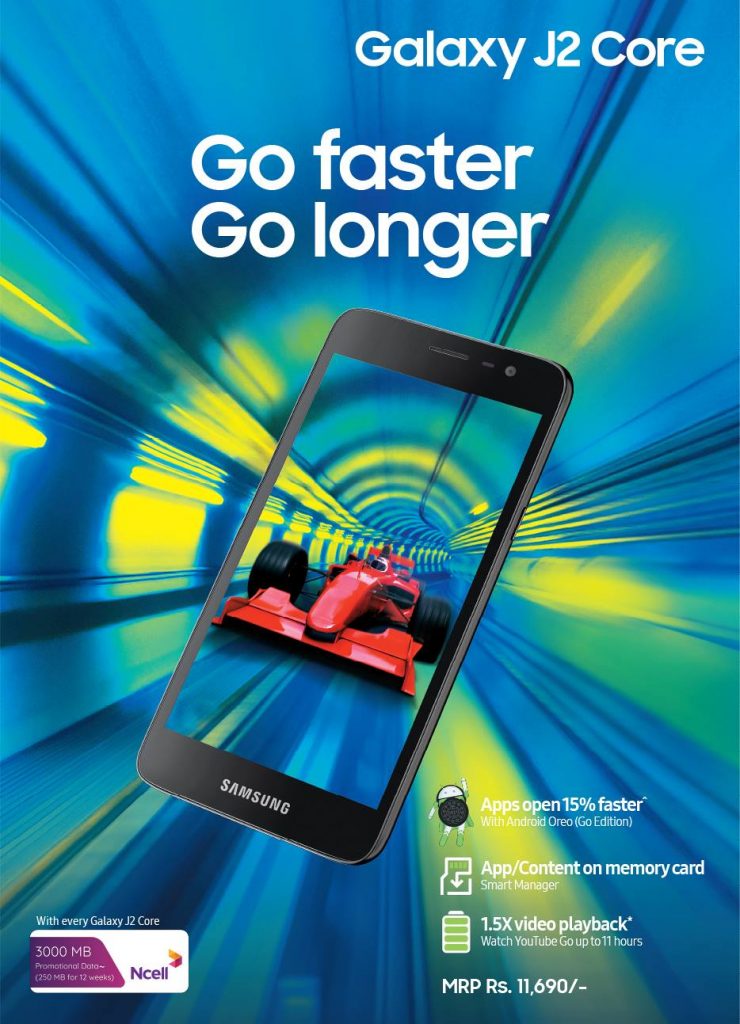 Even though the specs seem to be underpowered, the use of Android Go should help a lot with better performance. Samsung claims a 15% faster app opening times, but real life usage may differ. The camera setup comes with an 8MP f/2.2 at the back with an LED flash and a 5MP f/2.2 at the front. It also comes with a removable back and a removable 2600mAh battery.

If you look at the renders of the smartphone, you might notice that the front does not have the same home button as the other Galaxy smartphones. It comes with a rather J6 like the front but without the extra tall or extra thin bezels. This might be due to the software itself, which might not take full advantage of the home button.

Either way, we had hoped for the J2 series of smartphones to come with some sort of stripped down version of Android, and now we have one. We will need to test out the smartphone for if it does come with actual better performance. Either way, we will let you know. If you were in a hurry to buy a smartphone for around 11 thousand rupees, the Samsung Galaxy J2 Core should be a good option. You also get free 3000MB of data from Ncell free with the purchase.