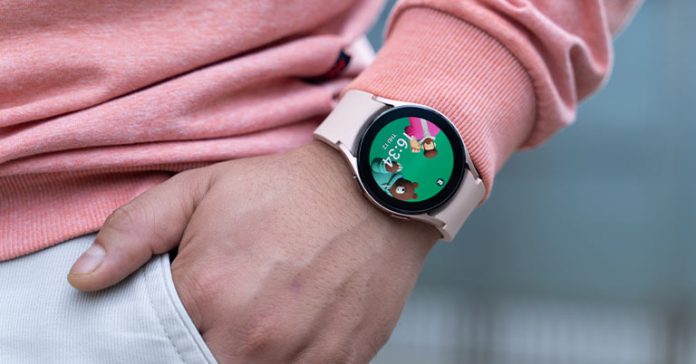 In this first impressions, I’ll be discussing the Samsung Galaxy Watch 4 series. While Apple’s got a firm stronghold in its ecosystem of smartwatches, there’s always been “but” when entering the world of Android smartwatches.

Samsung arguably makes the best of the bunch—although the lack of Google Play Store in the company’s in-house Tizen OS is a big miss. Likewise, Google’s Wear OS has been hit-or-miss in one way or the other. Well, all that’s about to change, hopefully. Samsung just announced the Galaxy Watch 4 series that runs on the new “Wear OS” platform co-developed with Google.

To simplify its smartwatch portfolio, Samsung has retired the “Active” moniker, which is now simply called the Watch 4. Whereas, the standard Watch lineup falls under the Classic category instead. Makes sense, since most of us have been unanimously referring to the physical rotating bezel and circular frame combo on previous Galaxy smartwatches as “classic”. Samsung is offering either Black or Silver-colored cases for the Watch 4 Classic while the regular Watch 4 enjoys an additional Pink Gold option. Talking about cases, the Watch 4 is available in either a 40 or 44mm configuration while the Classic edition comes in a larger 42 or 46mm body.

Here, this variant of Watch 4 has a soft silicone sport band void of a band retainer. On the other hand (pun intended), the Watch 4 Classic that I have features a similar strap with band loops. There are also hybrid leather and other variants of silicone straps to choose from on either of them.

Apart from the size distinction, their case is made from different materials too. Samsung has opted for an aluminum case on the Watch 4, making it comparatively lightweight than the stainless steel-cased Watch 4 Classic.

So, your purchase decision is pretty clear here. Fancy a compact and sporty design? The standard Watch 4 is for you. But if you prefer a relatively premium smartwatch experience with a bold look, then the Watch 4 Classic is where it’s at. Still and all, no matter which one you end up getting, durability isn’t going to be an issue. These pair of wearables are 5ATM and IP68 rated against dust and water damage. On top of this, just like last year’s Watch3, Samsung has nabbed MIL-STD-810G certification on the Watch 4 series.

It ensures resilience against extreme environmental conditions like shock, vibration, etc. According to the company, the redesigned strap is also stronger and sweat-resistant.

Upfront, there’s either a 1.2 or a 1.4” Super AMOLED screen with Always-on Display support. Because the Watch 4’s screen lacks a sapphire glass or any additional shock-absorbent layer on top like with the rotating bezel on the Classic, Samsung has installed Gorilla Glass DX+ protection here. On the contrary, Watch 4 Classic’s display is protected by Gorilla Glass DX.

Let’s now talk about the crown jewel of these smartwatches—the Wear OS 3. Combining the best of Samsung’s Tizen with Google’s Wear OS has been exactly what the Android smartwatch space needed for a long-time. And, the two goliaths have finally stepped up to the challenge.

While Google officially named this co-developed platform Wear OS 3, Samsung prefers to call it “Wear OS Powered by Samsung” instead. Like, I get why the company would want to highlight its contribution to the collaboration, but you gotta admit that Wear OS 3 rolls of the tongue more easily.

First unveiled at I/O 2021 a couple of months ago, Google promised a slew of improvements on this platform, including better battery life, up to 30% faster app loading times, fluid animations, and more.

After briefly playing around with these smartwatches, I definitely noticed superior responsiveness on the Watch 4 series compared to the Tizen-based Watch3 from last year. But the difference I’m talking about isn’t significant enough to dismiss the legacy of Tizen OS right away.

Furthermore, if you’ve noticed the resemblance between this UI/UX and Samsung’s One UI on smartphones, then that’s because the Watch 4 series gets a One UI Watch 3 skin on top. What this means is that this is not how stock Wear OS 3 looks like, leaving other smartwatch makers with the option to really personalize their products—or not.

But finding that out requires patience and wait until the second half of 2022 since Google says that other Wear OS 3-powered smartwatches aren’t arriving until then. Also, this is a strictly Android platform—meaning the Watch 4 and Watch 4 Classic aren’t iOS compatible, at least for now.

Its product page further clarifies that your phone needs to support Google Mobile Services (GMS), so the newer Huawei smartphones are also at odds with the Watch 4 lineup. Maybe iOS compatibility is in the works, but neither Samsung nor Google has confirmed this matter.

Anyway, by far the biggest win Wear OS 3 brings to the Watch 4 series has to be the Play Store support. As a result, I can finally enjoy Google Maps on a Samsung smartwatch, and a bunch of other third-party apps like Telegram and Strava. However, there is no Google Assistant onboard—which has been expectedly substituted by Bixby.

Besides the software upgrade, these smartwatches are powered by Samsung’s new W920 chipset. Memory-wise, both of them pack 1.5GB of RAM and 16GB of internal storage. Based on a power-efficient 5nm structure, this chip promises a 20% faster CPU, and a ten-fold faster GPU performance than the Exynos 9110 on the Watch3 and Watch Active 2. On to the health tracking side of things, the Watch 4 lineup is no slouch either. From over 90 workout modes, sleep tracking, to blood oxygen monitoring—it’s all here. But that’s almost too basic for a flagship smartwatch in 2021, right?

Thankfully, Samsung is debuting a bunch of interesting health-tracking capabilities here. One of them is the 3-in-1 BioActive sensor. This includes optical heart rate, electrical heart, and Bioelectrical Impedance Analysis (BIA) sensor. It monitors your blood pressure level, heartbeat irregularity, blood oxygen level, and something called Body Composition.

With this, Watch 4 and Watch 4 Classic can measure everything from your body fat, skeletal muscle, and body water level in a matter of seconds. This time around, blood pressure and ECG monitoring get a wider availability as well (40 countries to be specific).

Still, regions like Nepal and India are not on the list, while blood pressure measurement isn’t accessible in the US either. Moving on, Samsung is also introducing snore detection on its smartwatches for the first time.

Under this, your smartphone monitors your snoring habits whereas the watch keeps track of the SpO2 level to record your sleeping habits. Working in tandem, the Watch 4 series promises to deliver the best sleep tracking ability in any Samsung smartwatch. Furthermore, group challenges encourage you to stay fit by enabling real-time team-based competitions between your friends and family.

Despite all the feature upgrades, Samsung is still promising up to 40 hours of battery life across all variants. Naturally, the 40 and 42mm cases host a smaller battery, contrary to the 44 and 46mm options. There’s also an LTE variant, which should eat up the battery even more. Regardless, they support WPC-based 5W wireless charging like last year’s Galaxy Watch 3.

So that was it for our hands-on impressions of the Samsung Galaxy Watch 4 and Watch 4 Classic. From the new Wear OS platform, body composition tool, and a handful of other upgrades, there are a lot of things to get excited about these Android smartwatches. We’ll be coming up with their detailed review in comparison with the Watch 3, so stay tuned for that.