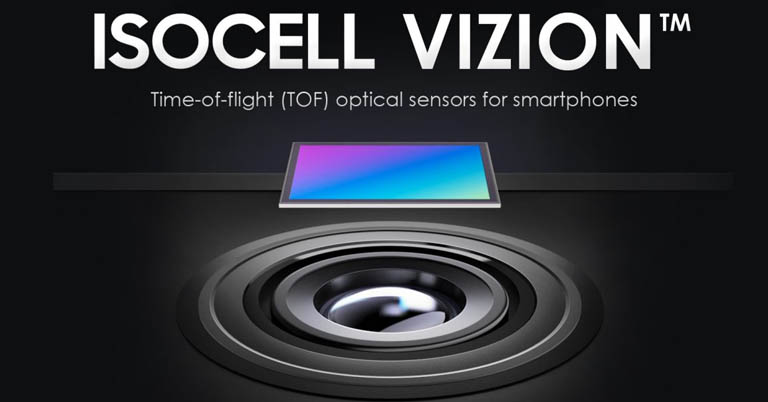 While the Note20 lineup bettered the S20 lineup in numerous areas, the latter had something that the former did not – a ToF Sensor. One of the reasons for the exclusion was Sony, the manufacturer of the ToF sensor, prioritizing Apple over Samsung. To avoid such situations in the future, Samsung is now reportedly working on its own ToF sensor. The upcoming ISOCELL Vizion Time of Flight (ToF) sensor from Samsung has been spotted in EUIPO.

But first, what is a Time of Flight (ToF) sensor?

Time of Flight Sensor (or simply ToF) is a special kind of sensor that is capable of measuring the depth and distance of the object in the frame. The sensor produces a light beam that strikes an object which returns back to the sensor. The ToF sensor then measures the time taken by the light to reflect back to the sensor and evaluates the distance of the object, taking account of the speed of the beam.

In smartphones, the sensor is used in photography. It is used to create beautiful bokeh effects for photos as well as videos. There are different applications that use the ToF sensor to measure the distance of the object in focus.

We have seen Samsung use ToF sensors in some of its flagships including the Note20 and the S20 lineup. Samsung likes to call it the DepthVision camera. It is based on the same working principle. In Samsung flagships, features like “Live Focus” videos and “Quick Measure” use this sensor. The former lets the user blur out the video’s background in real-time while the latter is a standalone app that helps the user analyze the dimensions (width, heights, area, and volume) of the object in focus.

Samsung replaced the DepthVision camera in the Note20 lineup with a Laser AF. A report from The Elec suggested that Samsung won’t be using the sensor in its upcoming flagship as the company doesn’t see a real-life use of the sensor. It is also not the most demanded feature in smartphones right now. Thus, we should not be surprised if the sensor is dropped in the upcoming S21 lineup as well.

However, reports suggest that the exclusion of the ToF sensor in the Note 20 lineup was due to some complications with the manufacturer. As of now, Sony is the only major manufacturer that supplies ToF sensors to smartphone brands. Earlier, Apple struck an exclusive deal with Sony that meant Sony will make the superior ToF available only for Apple. The DepthVision camera is an indirect ToF sensor with half the range of the direct ToF sensor is used in the latest iPad Pro’s LiDAR module.

Because of Apple’s exclusive deal with Apple, Samsung’s silicon department is developing its own ToF sensor. As a result, the company has now filed for a trademark for the ISOCELL Vizion sensor. The application was submitted to EUIPO on September 18. The description of the sensor suggests that Samsung could use the sensor for 3D face detection as well. 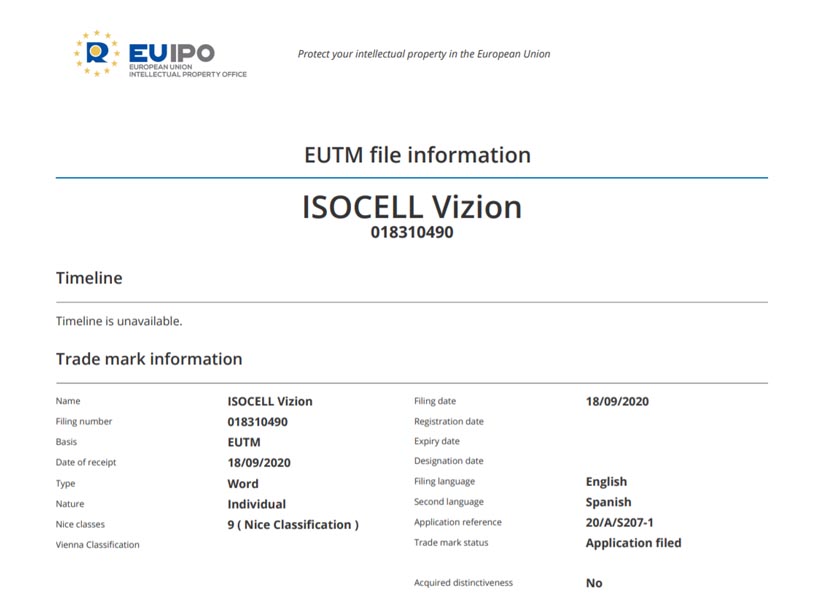 However, it still does not guarantee that Samsung will use it in its upcoming flagship. Reports suggest that the company is still not convinced that the feature is a necessity in today’s flagship. Samsung will watch how the consumer reacts to ToF sensors in the upcoming Apple devices and then decide to use it in its smartphones later.

At the earliest, the Samsung ISOCELL Vizion might make its debut with the Note 21 lineup or whatever decides to call the successor to the Galaxy Note 20 lineup.