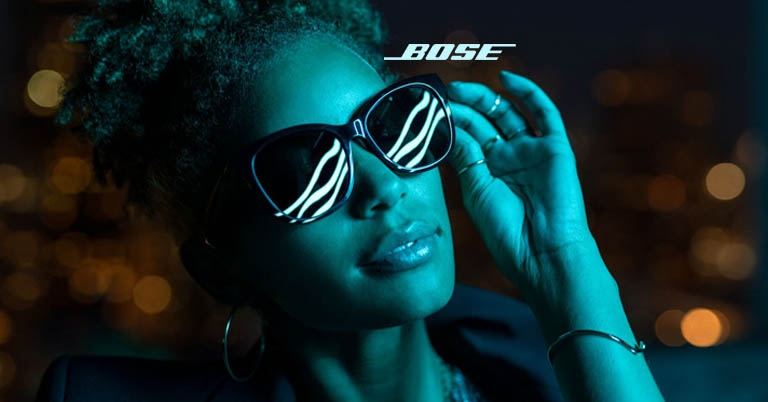 Frames by Bose are not your typical sunglasses. First launched in 2018, it is a lineup of sunglasses with speakers integrated into them. These are targeted towards individuals who are looking for a brand new experience of listening to music. The company added three more sunglasses to the Frame lineup back in September, which are now available in Nepal. Let’s learn more about the specs, features, expected price in Nepal, and the availability of second-gen Bose Frames sunglasses (Tenor, Soprano, Tempo).

There are altogether three variants of the second-gen Bose Frames sunglasses – Tenor, Soprano, and Temp. While the first two are fashionable sunglasses for interested people, the Tempo has been designed for sports and fitness enthusiasts. You need to set these up for first-time use via the Bose Connect app (Android | iOS).

All three sunglasses have polarized lenses capable of blocking up to 99% of UV rays. Similarly, they are also claimed to have superior sound quality. Bose has used installed dual-beaming forming mics on all three sunglasses. The Volume-Optimized EQ is claimed to cover wider frequency response while limiting distortions at a higher level.

Tenor and Soprano are more stylish of the three and can be used for day to day usage. The two differ in their style and are available in different color schemes. Bose Frame Tenor is available in Mirror Blue and Silver while the Soprano is available in Rose Gold and Purple Fade.

Bose says that the two feature the thinnest speakers ever in a Bose product. However, they still look bulky than normal sunglasses. They come with 16mm drivers, which the company claims to offer better bass than the first-gen Bose Frame glasses. The lenses are scratch and shatter-resistant. Both offer a battery life of up to 5.5 hours and can be charged using Bose’s custom pogo-pin charger. They are IPX4 rating against sweat.

For the same price as the Tenor and Soprano, Tempo offers better performance but users have to trade the aesthetics for functionality. It sports a bigger driver of 22mm. Bose claims that the driver can produce a sound that can be heard even when cycling at 25 miles per hour. Users can also choose between different shapes of nose pads. It gives you up to 8 hours of battery backup and you can charge them using a USB Type-C charger. It is also IPX2 certified.