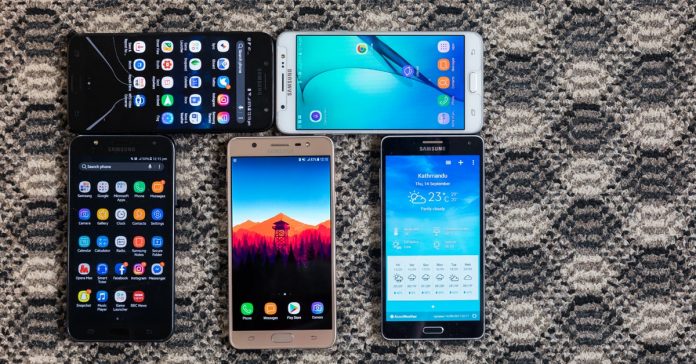 Smartphone sale has hit an all-time low. Even though top 5 vendor companies have increased shares in the global market, others are struggling to maintain their shares. Is the reason smartphones being priced as a luxury than the need?

Since the past decade and a half, cellphones have grown as the much-needed commodity of life. Had we have to live without cellphones once we had gotten a hang of it, it would feel as if we have time traveled to the past. The growing rush and the need for modern-day population, mobile phones have created their own space in our day-to-day life.

The concept of having just mobile phones is also outdated and smartphones are ruling for almost a decade now. Every new feature, may it be in terms of looks or the performance, creates an urge in us to get hold of the phone. Thanks to our addiction of smartphones and ever growing smart features in them.

For a layperson, we would understand the situation as cellphones are in high demand and the smartphone manufactures might be having a difficult time to cope up with the demand. But now, the case is not so.

According to IDC (Interactive Data Corporation), there has been a drop in the demand for smartphones. The decline in smartphones shipment reached 14 percent by the end of 2017.

According to The Guardian, this fall is caused by the collapse of the Chinese market and Apple shipping 5 million fewer devices.

Getting into the how abouts of the situation, the drop in shipment is presumed to be majorly due to the production of more high-end phones. People are definitely buying the high-end phones but this situation has also led to people not changing their smartphones frequently.

iPhone, which is well known for being expensive from the very beginning, is still raising its price range which reached on top with its X model.

Samsung has also been following Apple’s footsteps in increasing the price of their smartphones. S series is already known for being expensive. Currently, the A-series models A8 and A8+ which are supposed to be midrange phones were launched with a hefty price tag which the flagship phones have.

On the other hand, the innovation in smartphones has slowed down in past few years. The smartphone companies have come up with a very few changes in past years. The new, exclusive feel is therefore missing. When one’s existing smartphone is not lagging more than the newly launched smartphones, why would anyone bother to spend a high amount of money just for the sake of getting a new one?

The past year, bezel-less displays and dual rear cameras were the only features that kept the smartphone business going.

The top five smartphone companies: Apple, Samsung, Huawei, Xiaomi and Oppo respectively have had an increment in their sales globally whereas, the other smartphone companies had to face the loss in shares in the global market followed by decreased sales.

The increasing reach of artificial intelligence, the awareness of people in regards to smartphones and the features, is increasing as well. So, if the smartphone companies tend to fill up the gap that 2017 saw, some distinct features other than the camera quality and increasing the screen space users need to be served with something that brings back the excitement of buying smartphones revive.

Here’s how you can replace your iPhone for the price of...