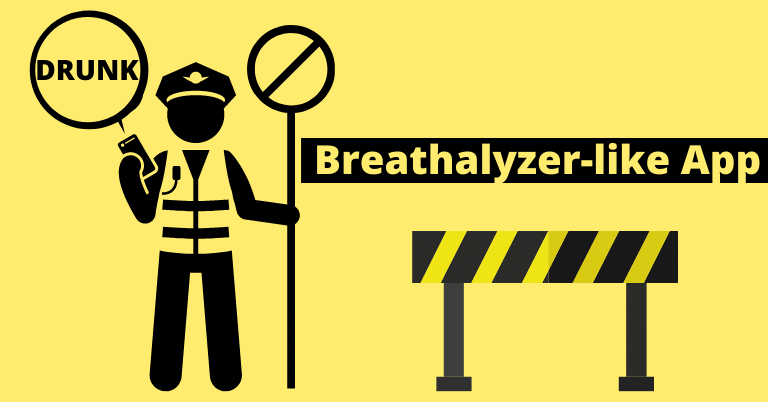 I assume you all have come across the meme of traffic regulator smelling breath to detect drunk and driving cases. Well, they don’t have to do it anymore as they’ll soon be able to use your smartphone to prove you guilty. Scientists from the UK have come up with a smartphone app that can accurately detect if you are drunk or not. Read along to know more about the new breathalyzer-like app.

The breakthrough comes from researchers from the University of Pittsburg. Unlike breathalyzers that analyze breathe, the new tech bases its result on the walking pattern of people. The smartphone app can detect if the person is walking steadily or not. If the person is staggering or swaying, it raises a red flag. The app needs at least ten steps for evaluation.

“Actually walking and balancing is pretty complex, so it’s a good sign of impairment. “

Dr. Brian Suffletto admits that the inspiration for the app might have come from movies and cartoons, where they show people wobbling down the street when they are drunk. The app can detect people’s movement in multiple directions.

In the initial tests conducted in the UK, the app (which uses your phone’s accelerometer) was able to detect drunk and driving cases with 93 percent accuracy. 17 people between the age of 21 and 41 were given vodka and lime juice water until they recorded 80 milligrams of alcohol per 100 ml of blood. During their 7 hours stay at the lab, they were asked to walk 20 steps every two hours for the record.

Other than the traffic regulators, the app can be helpful to families as well. Dr. Suffletto adds that further features can be added in the app in the future enabling smartphones to send alerts to the family if it detects the user is intoxicated. The family can send people to pick the person up. It can be pivotal in controlling accidents due to drunk driving. Similarly, the app could even be used to prompt users to stop when they surpass a certain alcohol level.