Vivo appears to be working on a smartphone with a flying camera module. That sounds quite futuristic with a hint of strange. In this case, the camera will separate from the smartphone and hover in the air, allowing users to capture photos at different angles.

Vivo smartphone with a flying camera:

The patent, uncovered by LetsGoDigital and listed on WIPO, is unlike anything we’ve ever seen. However, it is not uncommon for Vivo to be exploring and experimenting with new concepts. Case in point, it attempted to create a port-free phone dubbed Apex in 2019.

At first glance, the smartphone doesn’t really look any different from what we’re used to. However, it includes an additional compartment at the top frame which holds a secret camera system that can slide in and out.

The container has three infrared sensors, four propellers, an extra battery, and dual-camera sensors. Here, one sensor gets the front aerial view, while the other captures the top view. Further, you can detach the top mounting bracket from the phone. Thanks to the integrated propellers, the camera module can fly freely in the air.

It will allow users to capture pictures from a greater distance. The infrared sensors work to calculate the distance between other objects and avoid a collision. While the sketch only shows two camera configurations, the patent notes that you can also add third and fourth camera sensors.

Here, the AirSelfie camera appears to be the inspiration for Vivo’s flying camera system. Such cameras are not novel, but none have ever been tied to a smartphone. 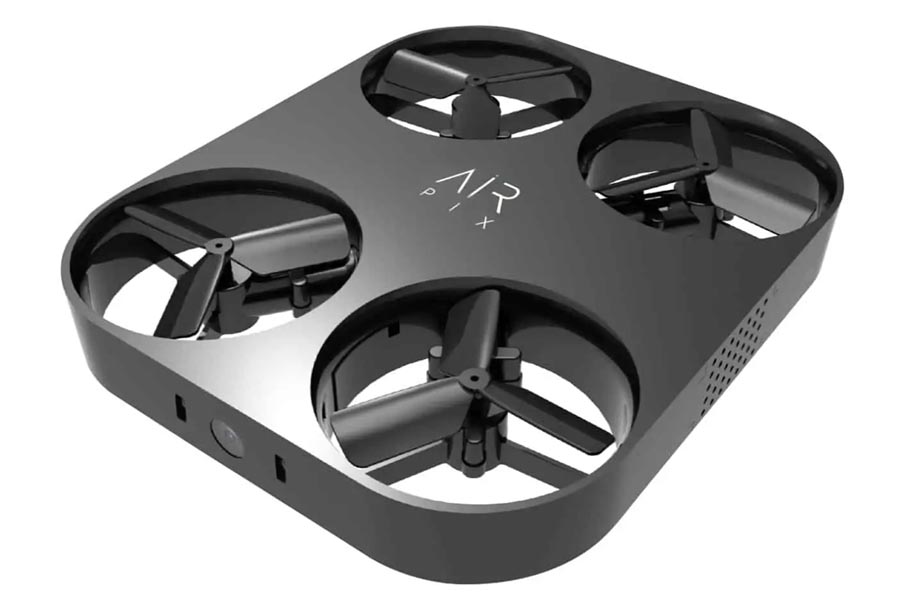 This means you can use the camera like a mini-drone when you need it, and keep it back in the phone when the job is done. That sounds really cool!

We’re not really sure when Vivo’s patent will turn into an actual product. After all, this is only a patent. This implies that there is no guarantee that such a device will be released in the future. There are several roadblocks that Vivo must overcome, such as making it adequately lightweight and less prone to wind turbulence. However, acquiring the patent before someone else takes it away from you is always a smart idea.