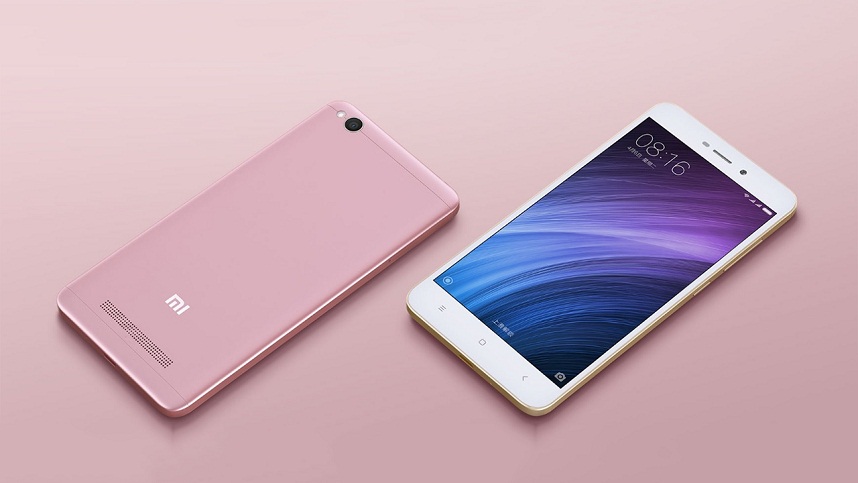 We have been awaiting the release of the Xiaomi’s Mi Mix and Mi Note 2 in Nepal. While those smartphone is still on its way, Vatsal Impex Pvt. Ltd., the authorized distributor of Xiaomi in Nepal, has launched Redmi 4A here in Nepal. The company has priced the phone at Rs. 14,999.

Released in November last year, the Xiaomi Redmi 4A is a decent low-range device with high on features. On specs sheet, the Redmi 4A sports a 5-inch IPS LCD display with the resolution of 720 x 1280 pixels (294 PPI). The front of the device looks like any other Redmi-series smartphone.

The Redmi 4A is powered by a Quad-core Qualcomm Snapdragon 425 processor clocked at 1.4GHz.  The processor is backed by 2GB of RAM and Adreno 308 GPU which is a small upgrade from Quad-core Snapdragon 410 SoC. It is coupled with 16GB of internal storage that can be expanded up to 256GB via microSD card. On the software front, the device runs on Android 6.0.1 Marshmallow out of the box with no news on the upgrade to Nougat yet. It has MIUI 8 skin on top of the operating system. 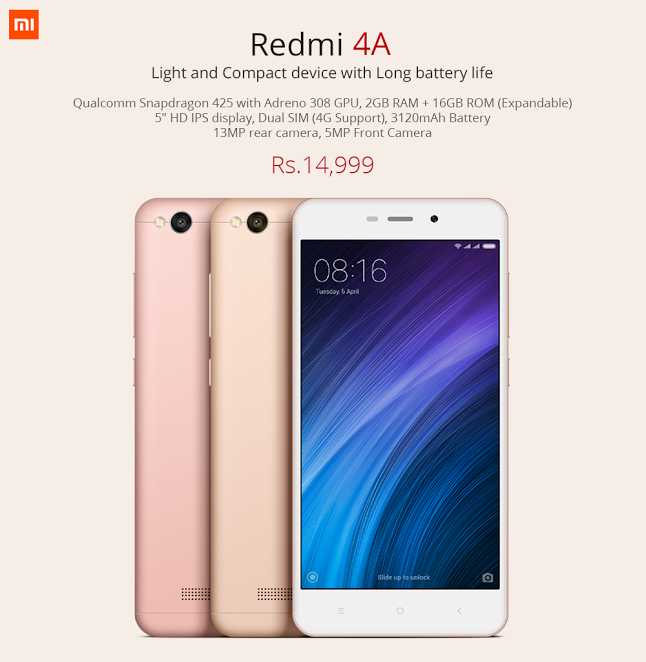 On optics front, the Redmi 4A is equipped with a 13-megapixel rear facing camera that has f/2.2 aperture and a 5-lens system. This camera can take videos up to 1080p at 30fps. The secondary camera is of 5-megapixel with the same f/2.2 aperture. The connectivity options include Wi-Fi 802.11 b/g/n, 4G LTE, Bluetooth v4.1 and FM Radio. It lacks quick charging and supports microUSB v2.0. The device also has a gyroscope sensor for the virtual reality lovers. It supports dual SIM but buyers will have to choose between a microSD card and a second SIM support.

A big 3,120 mAh battery backs up the device. Since Remi 4A sports a 720p display, this battery should last for a couple of days. The phone can be purchased either from their official website or from Mi showrooms located at Labim Mall (Pulchowk, Lalitpur) and Pako (Newroad, Kathmandu).

Here’s everything you need to know about the Redmi 4A: