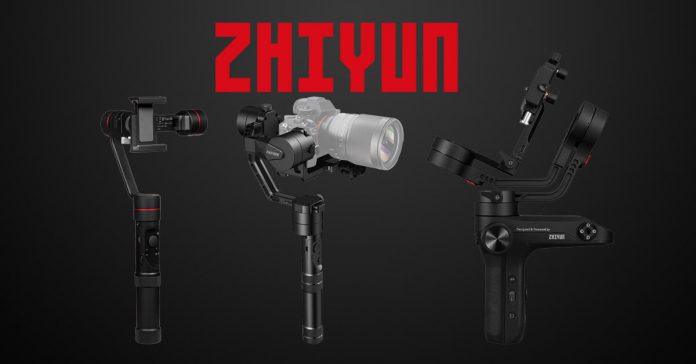 Due to the rise of social media, people’s craze for photos and videos has burgeoned at an unprecedented rate. Because of the same reason, many people have even adapted videography/photography as a hobby as well as a profession. The growing trend of bloggers and vloggers is just an example. And in that run, gimbals have been an important part in capturing amazing photos and videos.

Gimbals can be understood as a 2-axis or 3-axis device, which keeps equipment steady even when the supporting platform moves. In the current days, Gimbals are used excessively to keep the smartphones and cameras steady so they provide some stabilized photos and videos. So they are ultra-useful among the bloggers and vloggers, who has to capture handheld videos and photos on the go. And to ease such enthusiasts, Zhiyun has some amazing professional stabilization systems on their arsenal. And here, we will be discussing the Zhiyun Gimbals and handheld stabilizers for smartphones and cameras that are currently available in Nepal.

Where to buy Zhiyun Gimbals for smartphones and cameras in Nepal?

Oliz Store is the authorized distributor of Zhiyun products in Nepal. The store has assembled almost all of the popular Zhiyun gimbals and stacked them on its shelf. If you are planning to buy any of the Zhiyun products in Nepal, you can simply visit Oliz Store’s official website. You can also contact the store directly from the following information.

Smartphone makers are aggressively working hard to improve the cameras on their handsets. And because of the growing competition, we are able to witness some amazing camera smartphones like Huawei P30 Pro and Samsung Galaxy S10 Plus. Although such devices come with in-built Optical Image Stabilization (OIS) and Electronic Image Stabilization (EIS), they are still not so ideal when it comes to capturing videos on the go. And in that scenario, the Zhiyun-Tech Smooth-4 Smartphone Gimbal comes in handy.

The gimbal is relatively light at 200 grams and is easy to hold it. It can be usable through ZY Play app, which can be downloaded from both App Store (iOS) and Play Store (Android) for free. And when the gimbal is paired with the smartphone, various cine-style functions can be unleashed. The gimbal offers a promising 12-hour of battery. And it can be even used to charge the smartphones while shooting. The Zhiyun-Tech Crane M is another gimbal with a better versatility over the Tech Smooth-4. Apart from the smartphones, this device also keeps the small mirrorless cameras and action cameras steady.

To use this device, users need to download Zhiyun Assistant App, which is available for both Android and iOS devices. Once installed, the app can be used for 360° rotation along with the access pan, tilt, and roll axes features. And for the controls, Zhiyun has included a large and smooth 4-way joystick. The device offers 3-axis stabilization with up to 0.01° of accuracy within 0.25 millisecond of time. 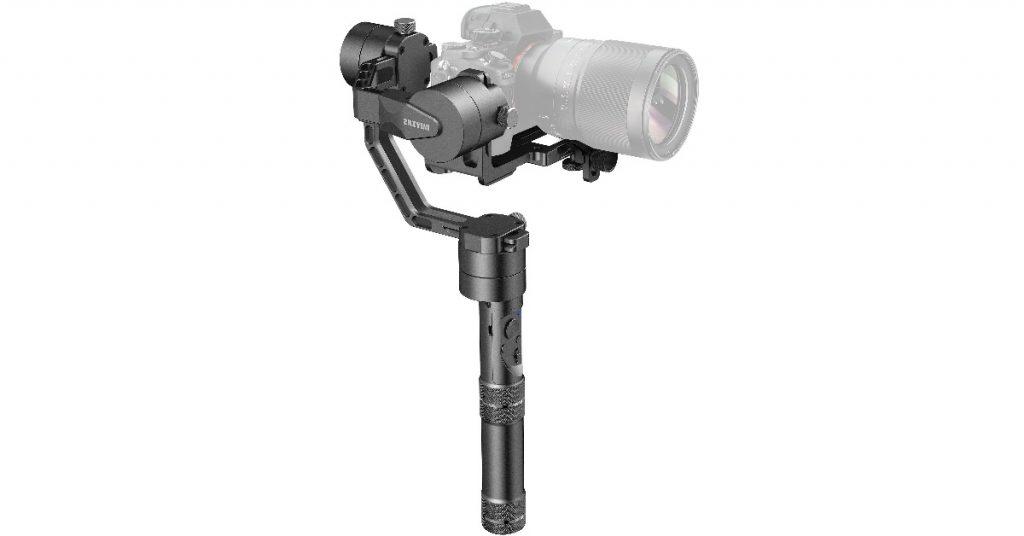 The Crane Plus is another three-axis handheld gimbal stabilizer, which packs quite a lot of advanced features. The gimbal offers various modes like MotionMemory, POV, Intelligent Object Tracking, and NightLapse modes for artistic video recording. The camera supports a payload of 2.5 KGs (5.5 lbs). That means you can use your camera rigs on this device if the total weight of it do not exceed 2.5Kgs. To ease the photographers/videographers with long lenses, Zhiyun has also included detachable lens support. Apart from that, the gimbal comes with integrated controls for DSLRs and mirrorless cameras. This 3-axis stabilizer comes with a handy interface. The device incorporates two large buttons and two small buttons on its handgrip. Either pressing or rotating, users can navigate through and select various parameters. The Zhiyun-Tech Crane-2 also comes with a tiny display, which lets the users monitor the modes and settings.

To ensure better stabilization, the device also comes with an improved motor torque and response time. This also promises smooth and jitter-moves. The battery is one of the major highlights on the device. The Crane-2 flaunts a sizable 6000mAh battery, which offers up to whopping 18hours of battery life. This battery can even be utilized to charge some of the Sony cameras while shooting. 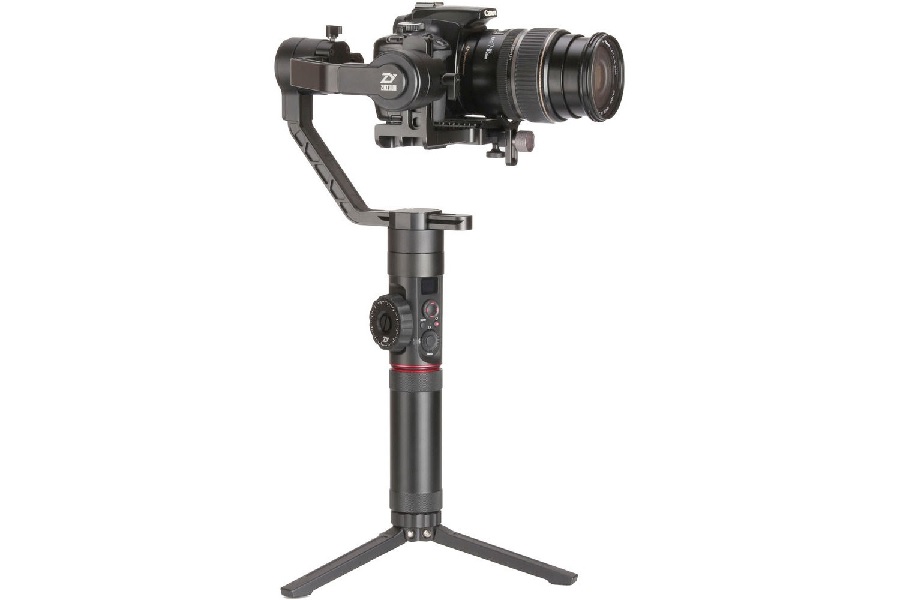 The Zhiyun-Tech Weebill Lab comes in quite a sophisticated design. It comes with support for a mini tripod in the upper section of the gimbal, which allows for two-handed operation as well as easily switching to underslung mode. Zhiyun has also reduced the length of the main handle to make the gimbal more compact, lighter and easy to hold.

With support for the payload up to 3Kg (6.6 lbs), the gimbal comes aboard with the features like pan follow, full follow, locking, POV, and vortex modes, and PhoneGo modes. Apart from that, the gimbal can be used for 360° panning, tilting, and rolling rotations. PhoneGo mode enables the gimbal to operate at maximum follow speed for extreme sports and similar applications. Powering the gimbal is two 18650 batteries, which offers up to 10 hours of backup on the normal use. 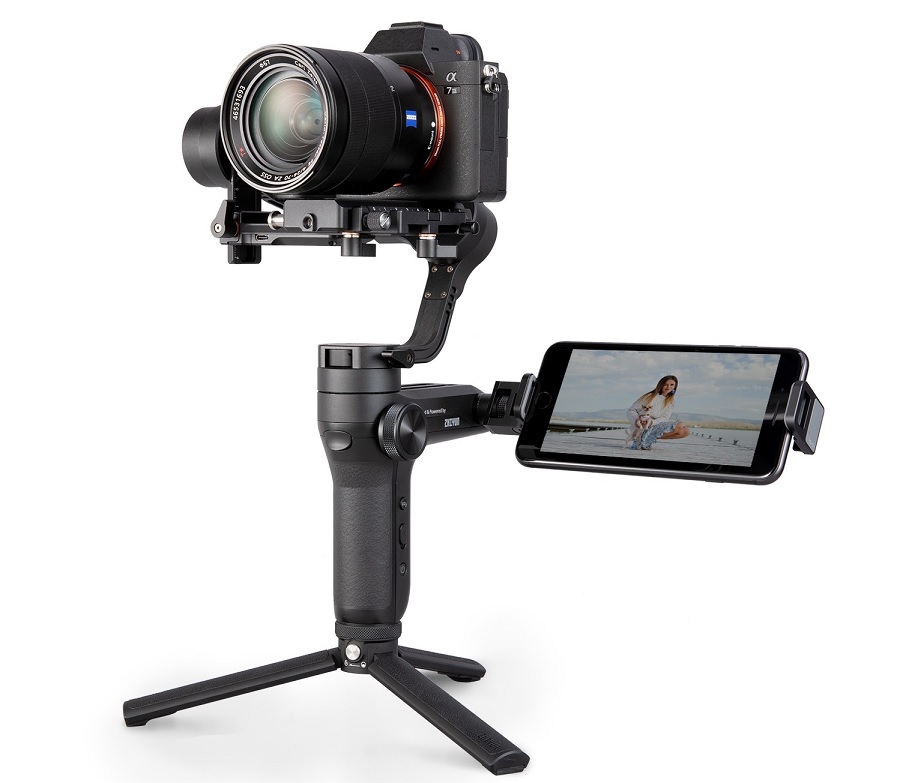 The Crane 3 Lab is the best gimbal in Zhiyun’s lineup. It comes with a modern design, which facilitates the users to capture all sort of professional shots. It has been quite possible with an inclusion of the handle on the top. And with an included mini tripod attached on the bottom, the device can be used with two hands for optimum stability. Even in terms of connectivity, Crane 3 is very advanced. It comes with Wi-Fi connectivity.  And the device readily uses Wi-Fi to transmit the captured the videos from the camera to the smartphones wirelessly.