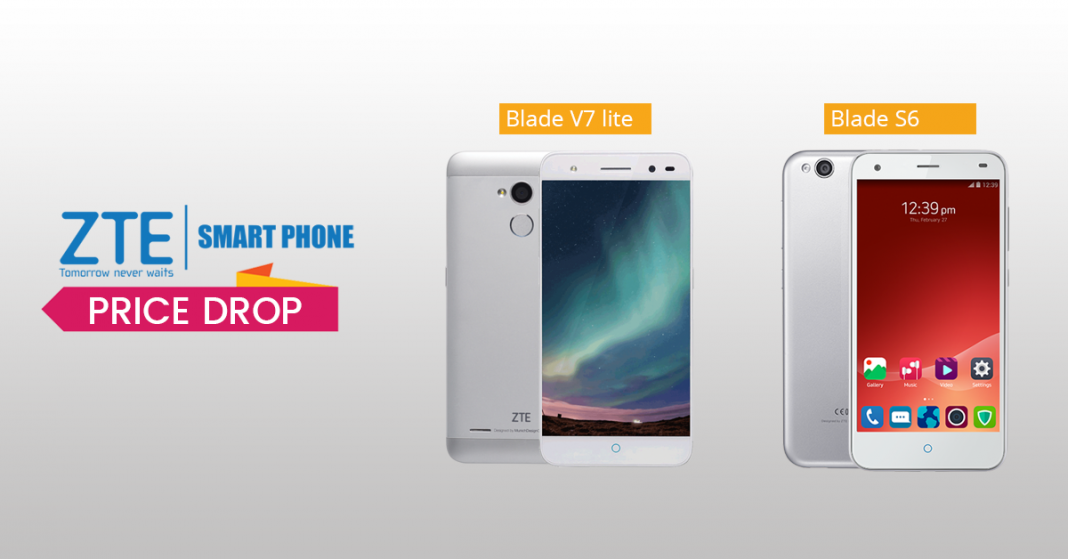 Should You Buy the ZTE Blade S6?

The Blade S6 is one of my favorite phones under Rs. 15,000. It sports a decent 720P IPS display and is powered by a commendable Qualcomm Snapdragon 615 Octacore processor and 2GB of RAM. The phone houses a faux metal body that feels premium and well built. The 13MP camera on the back is also reliable for taking good photos. The 5MP front camera is good for social media uploads. Backing up the phone is a 2400mAh battery that provides 1 day of moderate usage. The only downside of the Blade S6 is its running on dated version of Android 5.0.2 lollipop. If you are looking for a good looking device with excellent performance and camera, you should take the advantage of this deal.

Should You Buy the ZTE V7 Lite?

Like the Blade S6, the Zte V7 Lite also houses a premium metal body. It is powered by a 1Ghz quad-core processor and 2GB of RAM. However, the best thing about the V7 Lite is its blazingly fast fingerprint scanner. The 13MP back and 5MP front camera is also decent considering the reduced price of Rs. 17,390. So, if you are looking for a metal body phone with a fingerprint scanner and you are on a tight budget of Rs. 17,000, then ZTE V7 Lite won’t disappoint you. Check out our review of the V7 Lite here.