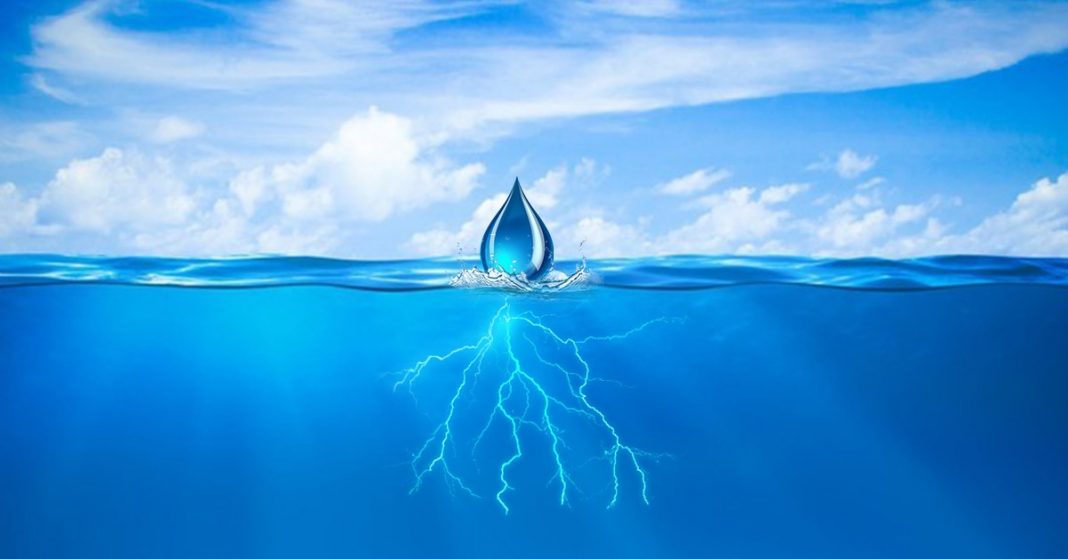 Will technology help solve the crisis around us or just create more of it? This question or a different phrasing of the same thing arises whenever a group sits down to talk about technological development. And I won’t lie to you, many-a-times I cannot decide which side to choose. However, a new development has really restored my faith in technology. A new report published claim that scientists have created an electricity generator which can generate 140V electricity that can power 100 LED bulbs from one drop of water.

Yup, you read that right. 100 LED bulbs powered by a single raindrop. This development has set a new bar for energy-harvesting technologies.

Basically, this new droplet-based technology has a very high energy-conversion efficiency. And it’ll hopefully help us all tackle the growing energy crisis of the world.

140V electricity from one drop of water

This exciting research was performed by a group of scientists at the City University of Hong Kong. Their report shows that a drop of 100 microlitres of water released from a height of 15cm can generate a voltage of 140V.

Now hydro-power is not a new thing. It is already used in various parts of the world including Nepal. However, its potential has not been fully realized due to the limitations in the current tech. But now, maybe this development will be “the“ big breakthrough in solving the energy crisis.

Also read: The merger between Microsoft’s hardware and software divisions

Why is this new generator better?

Currently, droplet energy generators make use of the triboelectric effect to generate electricity. This basically means that electricity is generated when two materials come into contact with each other. However, it has a very low energy conversion efficiency due to the small size of the charge. This is where the new research jumps in with its solutions for the limitations. Firstly, they have used PTFE, a material with a quasi-permanent electric charge. When droplets hit the surface of PTFE, a charge builds up gradually in its surface, until it reaches a saturation point. This feature helps to negate the bottleneck of the past approaches.

Secondly, this new design somewhat resembles the field-effect transistor. The generator has two electrodes. One made of aluminum and other made up of indium tin oxide with PTFE coating.

As soon as water droplets hit the PTFE coated electrode, the original setup gets converted into a closed-circuit. As a result, the stored charge is released and electricity is generated.

Furthermore, reports suggest that this generator is not affected by lower relative humanities. This concept can be used on any surface where liquid particles come into contact with solid. Basically, places such as boat hulls, coastlines, and even umbrellas. Now, this is something that everyone should look forward to! Do you think such technology where a significant volume of electricity generated from one drop of water is sustainable in the long run? Share your thoughts with us.

You can find the full findings of the team here.

Check out our review of the Nokia 2.3!