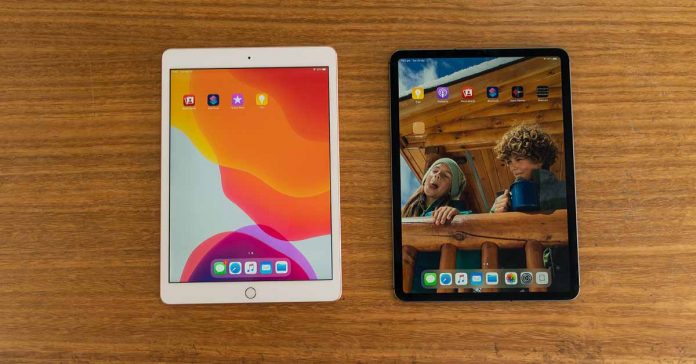 A computing device that also serves as an entertainment portal, while also being able to be easily carried from one place to another, is what a tablet is. And dammit, no one makes it like Apple. The company’s lineup of tablets, named “iPad“, is now a decade old. Throughout time, Apple has released a bunch of different models of iPad. In this article, we have compiled a list of all the models of iPad like iPad 2019, iPad Air, and iPad Pro along with their specs, and price in different authorized resellers in Nepal.

iPad 2019 is a fairly recent entry in the Apple iPad series of tablets which has been gaining traction for its price-performance ratio in the international market. It comes with a bigger display and more RAM than 2018’s iPad 6. Apart from that, it’s also got a better display which is fully laminated and also has an anti-reflective coating. Although it was released in 2019, the iPad 10.2 is powered by A10 Fusion which debuted in iPhone 7 series back in late 2017.

Sitting between the regular iPad and the professional-grade iPad Pro is the iPad Air. As a result, it is bigger in size than the iPad Minis and also comes with powerful hardware underneath. The iPad Air 2019 has a bigger 10.5-inches screen, though it is fully laminated, has P3 Wide Color, True Tone mode like the iPad Mini. Thus, it is excellent for those who don’t want to spend heavily on the “Pro” but want a somewhat bigger screen size than the “Mini”.

Likewise, Oliz Store used to have a stock of the older generation Apple iPad Air 2 (2014) available in Nepal, which is cheaper in price than the 2019 models. It features a weaker Apple A8X chip, 2GB of RAM, a smaller battery, and more. However, it is not available now.

iPad Pro 2020 is right up the alley on becoming a great alternative to a laptop; granted you have the additional accessories too. The A12Z Bionic chip packs in some serious processing power. It can tackle any demanding task comfortably. Furthermore, its edge-to-edge Liquid Retina Display is a joy to watch. It comes with a 120Hz refresh rate and P3 Wide Color support. You can buy either an 11-inch or a 12.9-inch variant of the iPad Pro 2020.

So there you go. The price of the Apple iPad (of any model) is really not comparable in Nepal, to what they cost abroad; especially the USA. Consumers in Nepal have to pay a really high price for any variant of the iPad or any Apple product for that matter, which is a bummer. But if you can afford it and can generate the perfect level of productivity from it, you really can’t go wrong with an iPad.

Finally, I’d also like to cordially remind our audience to always buy Apple iPad or any other electronic item like smartphone & laptops from official stores in Nepal – because not only does it ensure you get the genuine product for the price, you also get warranties and after-sale services with ease.