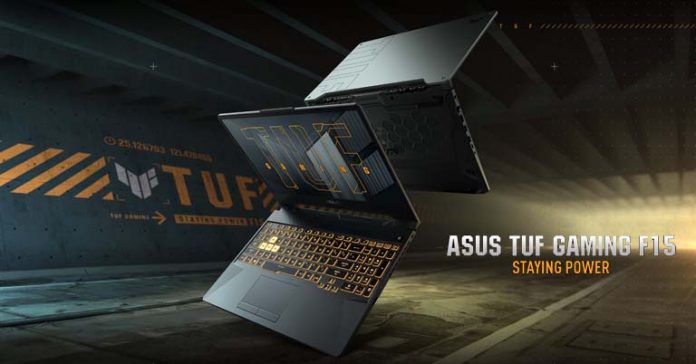 TUF Gaming F15 2021 looks a lot like the TUF Dash F15 in terms of design and specs. However, the two have different CPU-GPU combinations and other minor differences.

The metallic chassis of the Asus TUF Gaming F15 (2021) has hairline brushstrokes. It is available in two color options – Graphite Black and Eclipse Gray. On the bottom, you get a textured honeycomb grip that also acts as a cooling vent. 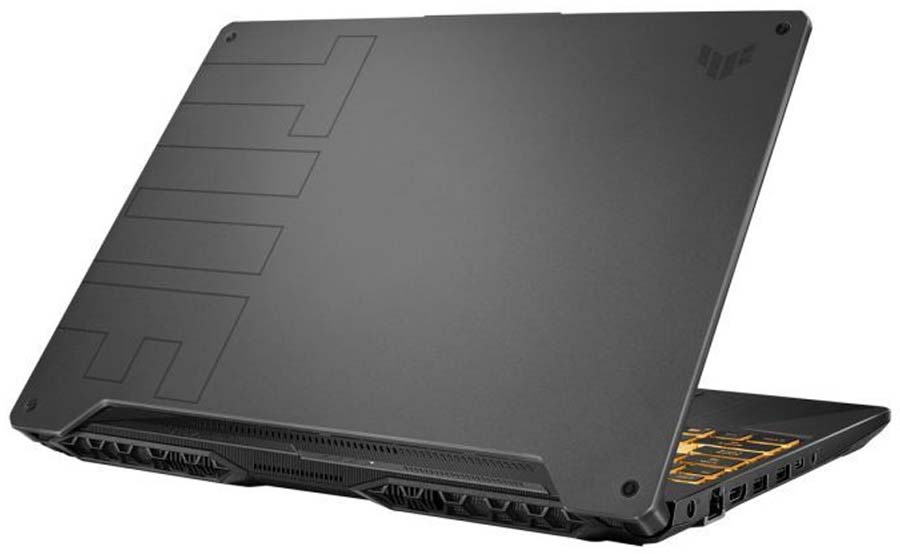 Inside, you are greeted with a 15.6-inch FHD panel with a 144Hz refresh rate. This anti-glare panel boasts just 62.5% of the sRGB color gamut.

The variant that has been launched in Nepal comes with Intel Core i5-11400H. It is a hexa-core CPU with a maximum clock speed of up to 4.5GHz (single-core). This has been paired with NVIDIA GeForce RTX 3050 Ti GPU with 4GB of DDR6 VRAM. It can draw up to 75W of power with Dynamic Boost.

The cooling setup on the Asus TUF Gaming F15 2021 consists of 2 fans, 4 heatpipes, and 3 heatsinks. Asus claims 10% better airflow and 11% quieter operation with this setup.

You get an RGB-backlit keyboard with a dedicated number pad here. To compare, the TUF Dash F15 lacks a Numpad. Anyway, the stereo speaker setup here boasts a total output of 4W (2x2W). You also get a built-in array microphone and DTS software. A 720p webcam sticks out of the top bezel—yet another feature missing on the TUF Dash F15. Depending upon the model, you get either a 48WHr battery or a 90WHr battery on the Asus TUF Gaming F15. The two support 180W and 200W fast charging, respectively. As for wireless connectivity, there’s Wi-Fi 6 and Bluetooth 5.1.