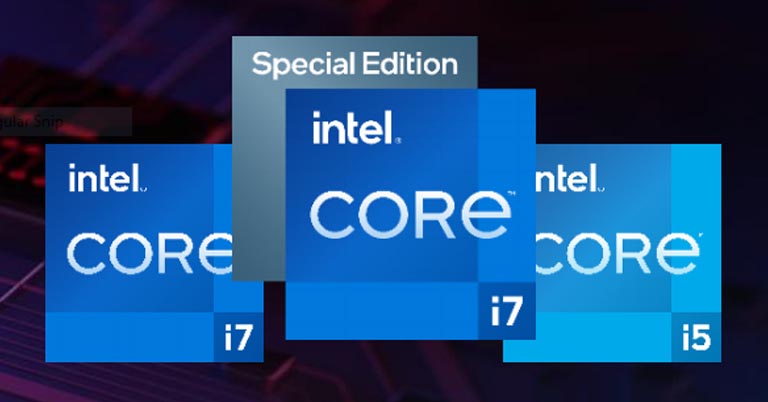 There’s this easy distinction for consumers set by both Intel and AMD when they’re trying to buy a high-performing or a portable laptop. To those looking for ultra-portable machines, they can go for the one with ‘U’-suffix that usually has a configurable TDP (cTDP) ranging from 10W to 25W. Similarly, if sheer power is what you want, then there are the ‘H’-suffixed CPUs with cTDP reaching up to 54W. And now, Intel has debuted the lovechild of these two categories of mobile processors under the H35 series. The company claims that these CPUs will power a whole new category of ultraportable gaming laptops. Let’s learn more about the Intel Tiger Lake 11th-gen H35 CPUs.

Before getting into what these processors are packing, there’s one question worth asking—was this genre of CPUs necessary? Well, the answer depends on who you ask but I feel like it… kinda makes sense. Enthusiast gaming laptops have always been considerably bulky in their form-factor; while notebooks and Ultrabooks significantly sacrifice the gaming performance for portability. As a result, the middle-ground is ideal for those who want a capable gaming laptop while simultaneously retaining the ease-of-carry. Yet, this one’s a double-edged sword. Many people may ultimately find the introduction of these mobile CPUs to be confusing; or flat-out unnecessary. First off, as things stand, all 3 processors that have been announced are quad-core CPUs and Intel has daringly classified two of them under the i7 umbrella. Seeing how all the Comet Lake-H series i7 processors were either Hexa (6) or Octa (8) core, naming newer i7 quad-core CPUs with H-suffix creates confusion, to say the least.

According to Intel, these processors will be ideal for 14-15” machines and could achieve 70+ FPS on AAA titles; under 1080p resolution and high graphics settings. This claim obviously invites a lot of arguments and criticisms but we can’t wait to test these claims ourselves. Intel says the i7-11375H SE can hit more than 70FPS under 1080p resolution on titles like Star Wars: Jedi Fallen Order, Destiny 2, Hitman III, and more, with “smooth” gaming in these titles at 4K resolution. 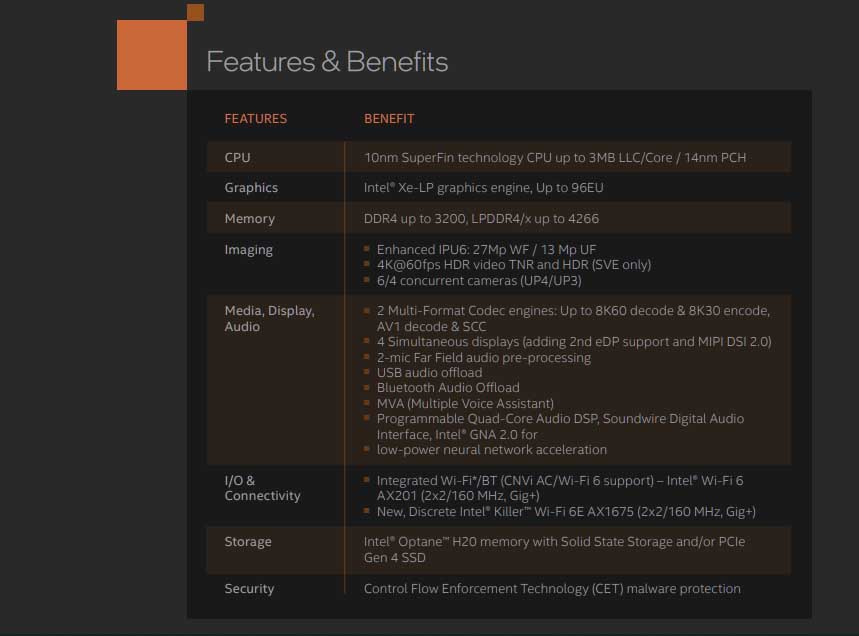 Citing NVIDIA’s performance data embargo, the company didn’t reveal exactly what GPU it was paired against. Anyway, just like the 11th-gen U-series processors, these too are based under 10nm SuperFin technology and share other similarities like PCIe Gen4, Thunderbolt 4 standard too. Additionally, they support up to 64GB of DDR4-3200 or 32GB of LPDDR4X-4266 RAM.

Moreover, all the H35 processors are WiFi 6/6E(Gig+) compatible and feature discrete Intel Killer WiFi 6E AX1675 card. Another interesting addition to these silicons is the Resizable BAR (Base Address Register). Intel has worked in tandem with NVIDIA in order to deliver better throughput between the CPU and the GPU—thus resulting in relatively better performance. With high-bandwidth data transfer via the PCIe lanes by the discrete GPU, the CPU can access and store data in the video memory (VRAM) directly thanks to Resizable BAR. AMD first made use of this technology in its Radeon RX 6000-series graphics card under the Smart Access Memory (SAM) branding. So, only time will tell just how well will the 11th-gen H35 CPU and NVIDIA Ampere mobile GPU combo performs. If Intel’s claims live up and if the recent leaks of NVIDIA’s 30-series of GPUs are to be considered, then Team Blue has something to be proud of here.

Getting back to the topic, the main benefit of these Tiger Lake H35 CPUs that Intel wants you to know is most definitely the single-core performance. In our tests, we’ve been quite impressed with the single-threaded performance from 15W Core U-series CPUs which fare better against AMD’s Ryzen 4000-series (Renoir) of U-series processors while also respectably holding its ground against Apple’s octa-core M1 chip. But then again, technically, the Ryzen 4000 is already old-gen and AMD is expected to announce the all-new Ryzen 5000 mobile processors just a day after Intel’s keynote at the CES 2021.

Now, with all this information, seeing how the H35 CPUs are specifically targeted for ultraportable gaming laptops, this lineup makes all the more sense. For most modern-day games, a quad-core CPU will do just fine—plus the portability that these machines are set to introduce, the future of the ultraportable gaming laptop market looks positive. Well, let’s talk numbers. According to Intel, the single-thread performance of the top-of-the-line i7-11375H SE is matched only by the i9-10980HK (45W). Compared to the AMD Ryzen 7 4800HS (35W) and Ryzen 9 4900H (45W), the company claims roughly 30% better single-thread performance; all benchmarked in SPEC2006int. Similarly, these also offer about 9% improvement against the 15W Tiger Lake ‘U’ CPUs in the same category. Moving on to multi-threaded performance, Intel says you can expect a performance boost of more than 40% from its 15W parallel. In terms of availability, different OEMs like Asus, Acer, MSI, etc. have already confirmed that they’ll be using Intel 11th-gen H35 series CPUs in their upcoming ultraportable gaming laptops. Also, there will be 40+ designs of such devices that are scheduled to launch in H1 2021. Likewise, Xiaomi has confirmed that its upcoming RedmiBook Pro will be powered by an Intel Tiger Lake H35 CPU.

But hold on, despite the H35 lineup, Intel isn’t dismissing high-end mobile gaming processors (duh); so there’s going to be hexa/octa-core H-series of 11th-gen CPUs too. Although the company didn’t reveal them during the CES 2021 presentation, it did give a sneak-peak of what to expect alongside a few details. As expected, the high-end Intel Tiger Lake mobile CPUs for gaming or content creation will feature up to 8C/16T processors.

Plus, they’ll also have up to 5GHz of boost clock on multiple cores. While the 35W alternatives came with PCIe Gen4.0 with four lanes, the full-on 45W CPUs will boast 20 lanes PCIe Gen4.0 instead. We expect more details on the 11th-gen Intel H-series processors to be revealed within Q1 2021.