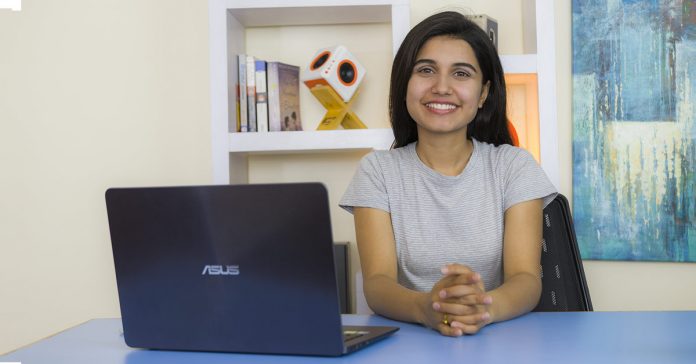 In the ultra-portable laptops department, it has always been Apple and its MacBooks that have taken the cake. But, they do cost quite a fortune. However, the ASUS Zenbook UX430U proves that such laptops don’t have to cost you a kidney! Now, this laptop does cost some $1100 or Rs. 1 lakh 30 thousand in Nepal, but it is somewhat equivalent to the Dell XPS 13 or the Macbook Pro 13”, while its price is considerably less than them. But how does this fare in real life? Find out in this ASUS Zenbook UX430U Review. In terms of design, this is one sleek laptop! It is small and compact, and quite thin. In terms of thickness, it is just as thin as the Dell XPS 13 and the 13-inch MacBook Pro. Also, at just 1.3 kg, it is really light. It is one of the thinnest laptops I’ve used, and personally, I think all notebooks should have a similar build. Given that it is an ultra-portable notebook, you won’t have any problems carrying it around, be it in your backpack, or even a messenger bag for that matter. The UX430U looks very good from the outside. With an all metal build that makes for that cool shiny appearance, it also has a sturdy build. You do get a bit flex when you press on top of the keyboard, but I find that amount acceptable.Overall, it looks pretty durable, and, I’m confident that even if it falls, nothing serious is going to happen, except for some small dents here and there. The back of the laptop body seems well constructed too. The back also houses the speakers on either side which are 1.5 W Harmon Kardon certified speakers. These speakers give a rich sound output, but having the speakers at the back does affect the sound a little bit. Maybe they could have positioned the speaker somewhere else, but this is not really a big deal.

The aesthetics of the laptop is quite appealing too. On top of the shiny brushed metal texture, you get some faint rings around the silver ASUS logo in the center. This may not be anything unique, but it does give off a pretty premium look and feel while setting it apart from the likes of Dell XPS 13 or the 13-inch MacBook Pro. The keyboard and trackpad on this laptop are fantastic! The keyboard was fun to type on with a good amount of feedback. The 1.4 mm of keyboard travel is decent, as we can’t expect more than that on a laptop this size. The arrow keys, however, are smaller than other keys, in fact, smaller than I’d like and be comfortable with. So, that’s something you’ll have to get used to. The trackpad is also really nice, with a good feel. Scrolling and other tasks are smooth enough.It’s definitely better than the plastic ones, but this isn’t one of the best trackpads around. Again, the Dell XPS 13 has a slightly superior trackpad, with better accuracy. You cannot compare it to MacBooks, but you will definitely not be disappointed with this.

The fingerprint sensor on the top right of the trackpad is a bonus, and it’s also pretty fast for a scanner on a laptop.

When you open up the notebook, you can see very thin bezels on the sides. The bezels are the only plastic you’ll see on the metal body of this laptop, which is a good thing. You’ll notice that the top bezel is a bit thicker than the sides, but that’s because of the webcam placement. The Dell XPS 13 has a thinner bezel up top. But it also has a weirdly placed web cam that captures your face at a weird angle during video sharing or calls. The 14” display of the laptop looks quite good and compact for its size. It’s a Full HD resolution, that’s 1920 x 1080 pixels. It is a pretty sharp display as well as a matte display, meaning that you won’t get a lot of reflection on your screen. And that’s actually a handy feature while consuming media, or just doing stuff.

Colors are vibrant, and also pretty accurate. The company does claim a 100% of Standard RGB and about 71% of Adobe RGB color accuracy. And that is also good enough for media creation or editing.

The one thing that disappointed me, is the brightness. With only about 290 nits of peak brightness, the laptop feels a bit dim. Yes, this is actually better than some budget gaming laptops like the Dell G7, for example. But the Dell G7 didn’t win any points for display, anyway. This laptop is less bright than the Dell XPS 13, and I wouldn’t even compare it to the 13-inch MacBook Pro! Low brightness level leads to very illegible outside visibility, and is troubling when the display faces the window, making it unusable at a certain point.

In the performance department, this laptop shines through and through. It comes with the latest Quad-core 8th gen i7-8550U processor. Now this 15W processor is based on 14nm technology, and its base clock is about 1.8 GHz, but it has been configured at 1.99 GHz in this laptop.  It does go all the way up to 4 GHz when boosted, and combines a 16 GB RAM. The RAM isn’t upgradeable by the way, but that much is enough to fly through most tasks. There are no lags or problems in performance whatsoever. Editing applications like Photoshop and Adobe Premier run pretty well. And even with some heavy sized files on them, it ran smooth enough for me.

We kind of know that ultra-portable notebooks like this one, aren’t meant for gaming. But it does come with a 2 GB MX150 graphics. Considering the size of the laptop, the MX150 is a nice graphic unit. It also helps with normal stuff like Photoshop and other Adobe suites.

As for gaming, you can play light games on this laptop, like CS: GO or DOTA 2. I also tried FIFA and they ran without any hiccups. Also, I tried PUBG for the sake of it, and it actually surprised me! Of course, I had to turn the settings all the way down to Very Low, FPS limiter at 30, and resolution set at 720, but with that, I was able to play the game through without much hiccups. Granted it’s not the ideal way to play games and this will create some disadvantages in games. But considering how this isn’t meant for gaming, I can’t complain.

However, if you want to play some other heavy set games like Battlefield or such, then, this is not the one for you. Or any kind of notebooks for that matter.

Laptops of this size do face problems when it comes to heat management, especially, when they are this powerful. This laptop, too, has a fan and one heat pipe for heat dissipation, but it started to heat up after a few hours of usage. And to the point where I couldn’t keep it on my lap.

It gets very warm while gaming as well. The open hardware monitor temperatures showed thermals of above 90-degrees! They could be inaccurate, too. But nevertheless, this small laptop doesn’t do a good job at heat management.

The battery life on this thing is good, but not as good as the competition, like that of the Dell XPS 13. With a 50 Watt-hour battery, it gives close to 7 hours of backup under normal usage. With some heavy usage like having a few chrome tabs, word documents and Spotify running on the background, it pushes out over 5 hours of battery life. However, with the graphics turned on, you will face severe battery consumption.

As for the storage, you get a 512 GB SSD, which, is NOT an NVMe. But it’s still fast, providing about 550 MB/s of Read speeds and up to 510 MB/s Write speeds on our tests. If you want something faster, you can swap it out with an NVMe SSD. But, I think you won’t really need to, as this is pretty snappy. As far as the connectivity goes, you have your regular 2 x 2 dual band 802.11 ac Wi-Fi. It has a 720p HD webcam, which is about the same as you’d find on other laptops, nothing remarkable. In terms of ports, it has an SD-card reader, and a USB 2.0 on the right. On the left, you can find a Power connector, a USB 3.1, a micro HDMI, an Audio port and a USB-C 3.1 with NO Thunderbolt. Even though full-sized HDMI’s are a thing of the past, I would’ve liked a full sized HDMI port. It can make quite a difference in terms of office usage. I mean, it’s just another hassle to get a mini HDMI dongle! Also, if the USB-C could’ve supported Thunderbolt, that would’ve been immensely better.

To conclude, this is a laptop for those who want lightweight portability along with a sturdy build. It also gives you really good performance, and all that, for the price of Rs.130000 in Nepal isn’t bad. Considering it costs $1100 internationally, this is priced appropriately here too.

Now, I’ve been comparing this laptop with the Dell XPS 13 this whole time. And while that does outshine the ASUS Zenbook UX430U in quite a few aspects, the XPS 13 will cost you above Rs.150000 for similar specs. Also, on top, it doesn’t even offer a dedicated graphics configuration.

For 1 lakh 30 thousand, I think it’s a worthy purchase. Having said that, note that this one not having Thunderbolt support or full-sized HDMI could be a downside for some. You might also miss out on a laptop that runs cool, but can you really expect that from a laptop of this size? I think not.