Benco has launched a new smartphone in the Nepali market. The new Benco V60 features an octa-core 4G processor, runs on the latest Android 11 software, and packs a dual-camera setup. Let’s take a look at the specifications, features, official price in Nepal, and availability of the Benco V60.

Benco V60 looks no different than other budget offerings from the company. It has a 6.1-inch IPS screen with an HD+ resolution of 1560 x 720 pixels. The display features a waterdrop notch on top for the selfie camera. Thick bezels surround the screen, especially at the chin.

This polycarbonate body measures 9.4mm in thickness and weighs 170.8 grams. There are two colors to choose from – Blue and Greenish Silver.

Under the hood, Benco V60 packs Unisoc SC9863a. First announced back in 2018, this entry-level chip is built on a 24nm node and features two 4x clusters of Cortex-A55 CPU cores. Handling the graphics is Imagination GE8322. 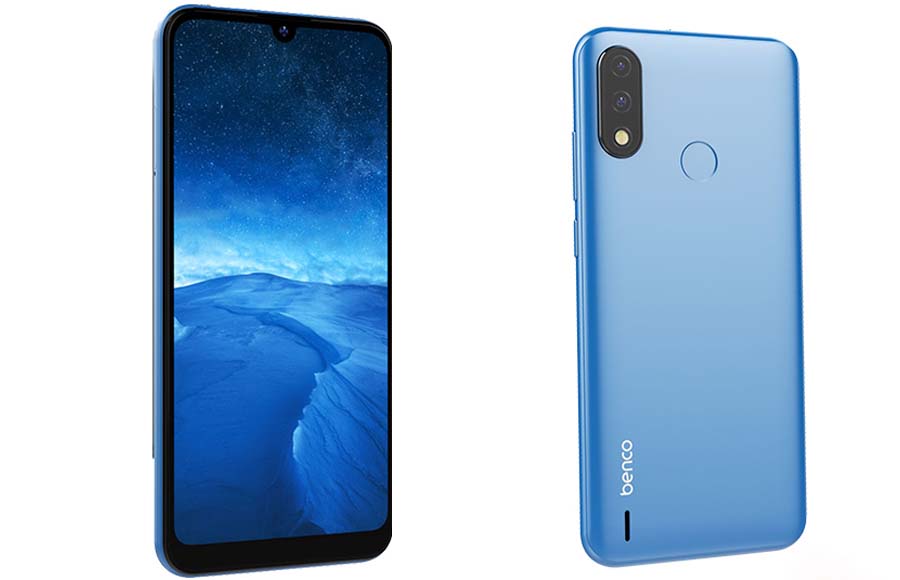 To compare, this silicon’s CPU performance is in line with Snapdragon 439 and Helio P22. However, the chipset still falls behind the competition when it comes to GPU performance.

Benco V60 flaunts a dual-camera setup at the back. The primary camera uses an unspecified 12MP Sony sensor with a 1.4-micron pixel size. There is also an auxiliary lens for AI image processing. The two, together with an LED flash, are enclosed inside a pill-shaped camera module. There is a 5MP selfie shooter on the front.

Benco V60 is backed by a 4120mAh Li-ion battery. It ships with Android 11 (Go edition) out-of-the-box. It is available with either 2 or 3GB RAM and 32GB internal storage configuration. Other features include a dual Nano-SIM slot, 4G, Wi-Fi, and GPS.