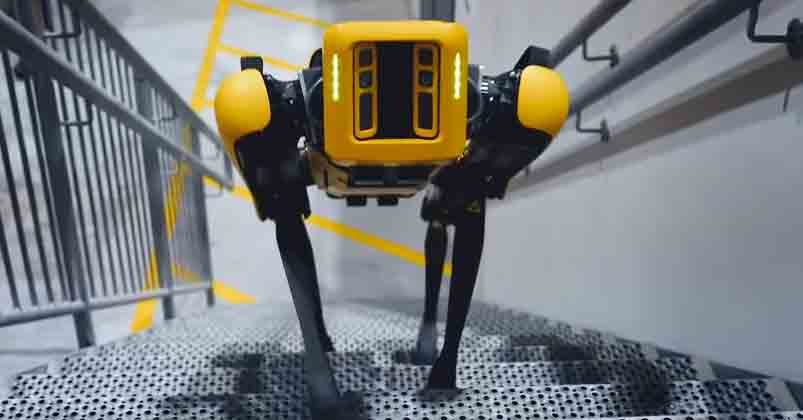 After almost a year of real-world testing, Boston Dynamics has announced that its four-legged robot, Spot, is now ready for a commercial launch. This dog-like robot is now available for purchase to US companies. Read along to know more about the Spot robot from Boston Dynamics.

The creator, Boston Dynamics, is advertising Spot as a multi-purpose mobility platform. It is programmable and has been programmed to suit the need of different tasks. The Spot is specifically targeted for industrial and commercial workplaces. 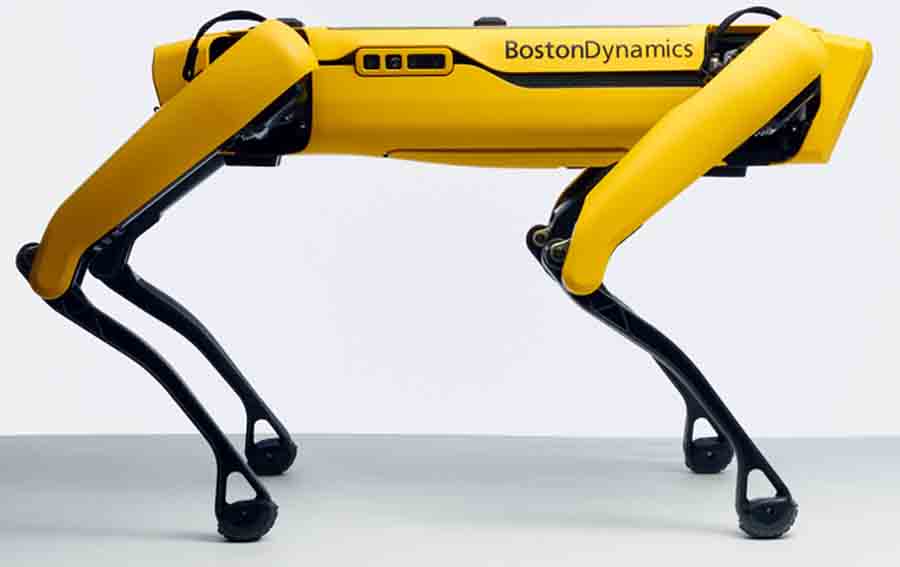 It also looks like something out of a science fiction movie. You can describe it as a robotic dog. Like its biological counterpart, Boston Dynamics claims that it can follow you anywhere you go. It can even climb stairs and traverse rough terrain. On the back of the robot, there is enough space for you to fit in up to four different modules.

The company calls these modules “Add-ons” and they have to be purchased separately. Industries can buy these for specific tasks that they want Spot to accomplish. It supports the remote operation and is capable of autonomous sensing as well. Spot also has its own camera that can take around 5,000 photos every week.

There are two different ways to control the robot. The default choice would be to use the Spot Tab Controller that comes with the device. Boston Dynamics claims that the controller is user-friendly and easy to get started. You can use it to control the robot’s capabilities such as body posing, walking traits, obstacle avoidance, local navigation, and calibration. It can also be used to automate basic tasks via the Autowalk feature. Another way to control the Spot via the API. The company also offers a Software Development Kit to its customers. Developers can use the SDK to create new features and deploy new applications or systems.

As per the creators, Spot is secure for use since third-party security experts audit it. All the data being logged into and communicated between robot and user are encrypted. Boston Dynamics also clarifies that it won’t receive any data from the robot without the user’s consent.

The primary use case of the Spot is on worksites. Spot can go anywhere a human can go and users can control it remotely. So, it can substitute human in areas of work which aren’t entirely safe. But the application doesn’t end here. It is also capable of autonomous data collection and transporting loads. 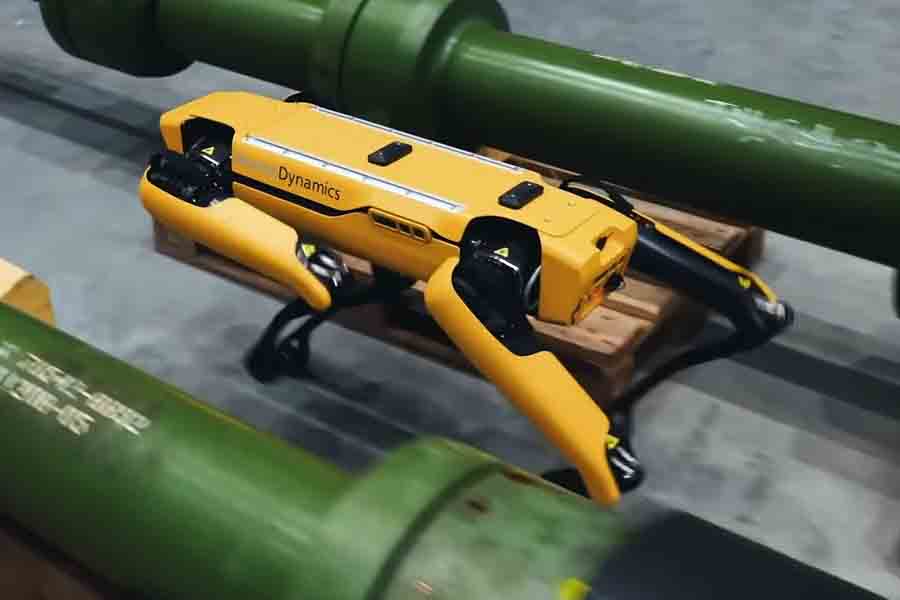 Last year, the company leased out the robot to a number of industries and business firms for real-world testing and for feedbacks. As of now, the robot has already been deployed for 3D mapping, inspection and fault detection, and data collection. In Singapore, Spot warned people of social-distancing in one of the parks. It has also aided in coronavirus treatment at one of the hospitals in Boston.

Boston Dynamics has its roots in the military so people haven’t ruled out the possibility of using the Spot as a weapon. However, the company has assured that users have to ensure that it won’t be used or harming or intimidating people. If users violate the condition, their license will be invalidated.

At present, engineers are working from their home on what the company calls Spot 2.0. It’s basically a package of future updates that will add more features to the Spot. One such feature is the teleoperation which the company is using it now. This allows potential users to demo the Spot robot from home during the lockdown period.

Boston Dynamics’ Spot is now exclusively available for industries and business firms in the US where its price is $74,500. An eligible customer can only order a maximum of two Spot robots, with 6 to 8 days for shipment. As of now, the company isn’t entertaining overseas orders.