Home Fitbit Fitbit will soon be able to track your snoring and other ambient... 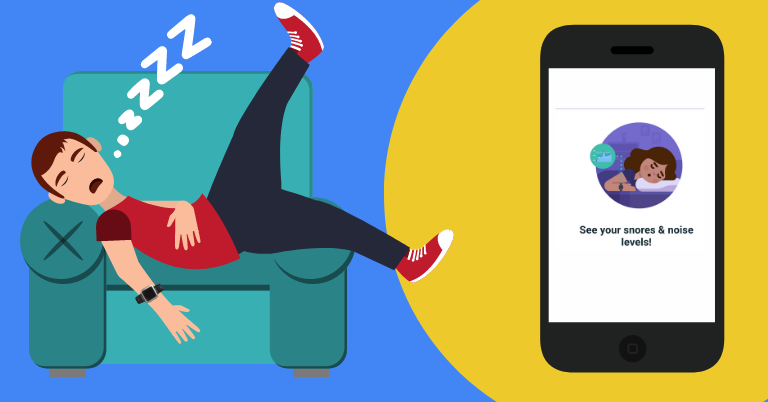 Earlier in March, Google announced the second-gen Nest Hub that could detect user’s snores and coughs using a Soli-powered sensor. Now, a report has emerged which suggests that snoring and noise detection features will arrive on the upcoming Fitbit devices as well.

Snoring and Noise Detection in Fitbit

The report comes from 9To5Google, who analyzed the source code of the Fitbit app from the Play Store. The app or the “APK” file was first decompiled using the JEB decompiler and then investigated for potential future features.

As things stand, Fitbit tracks your sleep using sensors that track your heart rate and movement too. However, the source code of the latest Fitbit app reveals that Google is planning to use the microphone to detect snoring and other noises.

This microphone will automatically turn on once Fitbit confirms that the user is asleep. It will then listen to the surrounding for noises. The recorded sound intensities are compared against a baseline noise level by an algorithm that determines if the wearer is snoring or it’s something else.

Given the working mechanism of the system, it will not be able to detect snoring if the intensity is lower than that of the ambient sound of your room. In addition, the Fitbit has no mechanism to trace back snoring to a particular individual. Thus, if you sleep with your partner, both of your snoring will count as one. 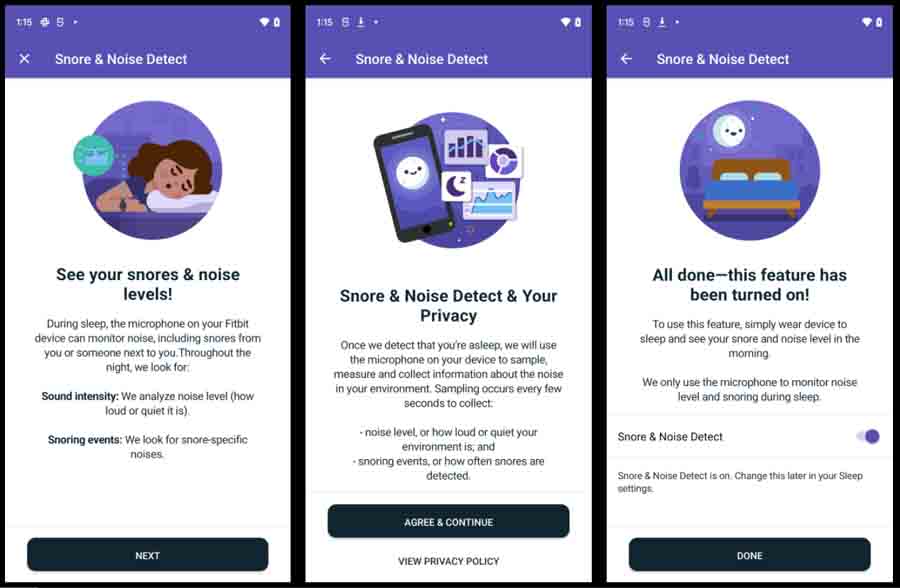 Here, the Fitbit app will then represent the result in percentage. It will even categorize your snoring based on the percentage.

This feature will consume a lot of power. As such, Google will be recommending people to charge the device up to 40% at least before going to bed. You can completely disable this feature if you value the battery life or your privacy more.

These insights will help users to be more aware of their sleeping habits and help them take the necessary steps to improve.

Moving on, Google is also working on another feature called Sleep Animal, but it is in the early phase of development. It will provide a sleeping profile of the users; comparing their sleeping habits to that of an animal.

Though these features are in the APK file of the Fitbit app, Google can pull it back at any time. That being said, the snoring and noise detection feature looks almost complete and could be official soon. The Sleep Animal feature is still a work-in-progress and therefore could take time to roll out.